The University is saddened to announce that Professor Chris Abell, Pro-Vice-Chancellor for Research, Professor of Biological Chemistry and Todd-Hamied Fellow of Christ’s College, has died suddenly at the age of 62. A biological chemist, he was a pioneer in the field of fragment-based drug discovery, a successful entrepreneur, a founding director of Cambridge Enterprise, and the University’s first Director of Postdoctoral Affairs. Chris was such a strong advocate for public engagement at Cambridge, we will greatly miss his advice and support. 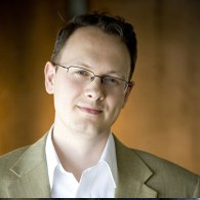 Dr David Trippet is a musicologist and cultural historian. Before coming to Cambridge, he was Reader at the University of Bristol, and has taught at King’s College London and Cambridge itself. His research focuses on nineteenth-century intellectual history, Richard Wagner, and the philosophy of technology. Other interests include Franz Liszt and post-Classical Weimar, performance theory and the grey area between improvisation and composition, as well as posthumanism and musical creativity in the digital age. 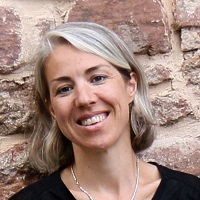 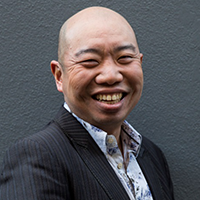 Dr Giles Yeo is from San Francisco, receiving his Bachelor’s degree in Molecular and Cell Biology from the University of California, Berkeley. In 1994, he came to Cambridge joining the lab of Prof Sydney Brenner (Nobel Laureate 2002) for his PhD studies. In 1998 he began his post-doctoral training with Prof Sir Stephen O’Rahilly in the Department of Clinical Biochemistry, working on the genetics of severe human obesity.  He was the first to report that mutations in the melanocortin-4 receptor (MC4R) and in the neurotrophic receptor TRKB resulted in severe human obesity. In 2007, Giles became Director of the core Genomics/Transcriptomics facilities and a group leader at the University of Cambridge Metabolic Research Labs. Giles is also a graduate tutor and fellow of Wolfson College, Cambridge. His group is interested in studying the brain control of food intake and bodyweight, and how these might be dysregulated in obesity.  Giles also presents science documentaries for the BBC.  He presented BBC Horizon’s ‘Why are we getting so fat?’ which aired 7 June 2016. His critically acclaimed investigative piece ‘Clean eating – The dirty truth’, also for BBC Horizon, was screened on 19 Jan 2017 and prompted an important national debate about dieting advice and evidence based science. 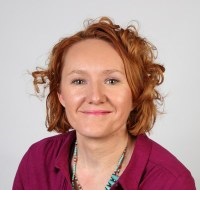 Ljiljana is a chemist working in the interdisciplinary fields of new (bio)materials design, light triggered chemistry and nano-structuring. She has been involved in public engagement since her studies in Zagreb, and is a curator of science-inspired and art-driven exhibitions such as Future is Here (part of ExoEvolution, Globale 2015) at the internationally renowned Zentrum für Kunst und Medientechnologie (ZKM, Karlsruhe, Germany). She has co-authored several books including Molecular Aesthetics (MIT Press, 2013), with artist Peter Webel, and 3D Molecules that changed the World, with Bernd Lintermann (Karlsruhe) which accompanied an installation shown in several venues throughout Europe. In 2016 Ljiljana and Bernd launched Molecules App to be used as a chemistry teaching tool. Ljiljana has also done a series of popular science lectures and radio shows in Germany, Croatia and the UK and is continuously hosting artists from all over the world in her lab. Her most recent project involved designing "Molecular Chocolates" featuring 3D structure of selected molecules printed onto appropriately flavoured high quality chocolate, to inspire all chocolate fans to immerse themselves in the world of molecules. 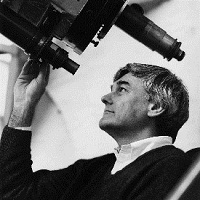 Gerry Gilmore has been active in outreach since graduate student days. Currently he is busy with outreach from the Gaia space mission, for which he is UK Principal Investigator. 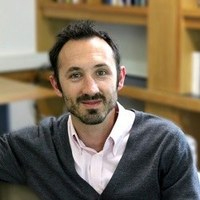 Christopher Bickerton is University Reader in Modern European Politics and an Official Fellow at Queens’ College, Cambridge. He obtained his PhD from the University of Oxford in 2008 and since then has held teaching positions at Oxford, the University of Amsterdam (UvA) and Sciences Po in Paris. He has published numerous books and articles that span a number of different fields within social and political science. His research interests span the disciplines of international relations, comparative politics and European studies. The focus of his research is a comparative study of state-society relations, looking in particular at dynamics of state transformation in Europe, the relationship between regional integration and the transformation of national political and party systems, and the challenges presented to representative democracy by growing disenchantment with democracy in advanced industrialised societies. 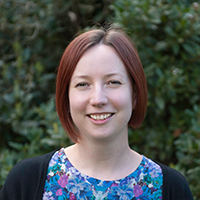 As Head of Programme at the University of Cambridge Museums (UCM), Jo leads the development of the UCM consortium, enabling the eight museums and Botanic Garden to work together more closely. She manages the UCM Team, who support the consortium with programming, marketing and communications, and directs the UCM's Arts Council-funded National Portfolio Organisation programme.

Dr Lucinda Spokes is Head of Public Engagement. During her research career she developed a real enthusiasm for sharing research more widely. She moved into science outreach as part of an EU funded education project and then to the education charity STEM Team East. At STEM Team, East Lucinda promoted and delivered STEM enrichment and engagement education throughout Cambridgeshire and East Anglia. As part of this role, she developed activities for the University of Cambridge Science Festival. This led to a position as Cambridge Science Festival Manager. After eight fabulous festivals, Lucinda now heads up the Public Engagement Team. She oversees the Festival and helps support researchers and the public to engage collaboratively, effectively and enjoyably with each other, sharing information, ideas and inspiration.

Dr Diogo Martins Gomes is the Public Engagement Coordinator for the School of Clinical Medicine and Biological Sciences at the University of Cambridge. With a PhD that focused on the partnerships between Science Education and Public Engagement Diogo is very keen on Public Engagement as an academic research field. Diogo is responsible for developing strategies and practices as to embed a culture of excellence in public engagement with relevant areas of research at the University. Diogo also leads on the Pubic Engagement network in both Schools of PE Practitioners and manages, develops and delivers associated training provision in public engagement for both research and support staff. 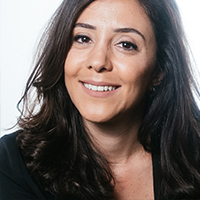 Dr Ghina Halabi is Programme Director at Cambridge Judge Business school. Previously, she was a postdoctoral researcher at the Institute of Astronomy, University of Cambridge. She holds a PhD in astrophysics from the American University of Beirut where she worked as a lecturer before moving to Cambridge.

Ghina is the Founder and Managing Director of She Speaks Science, a storytelling platform that makes science accessible and promotes women in STEM. She advocates gender equality through policy advisory roles and as a member of the United Nations Space for Women project. Ghina is a public speaker at international conferences and global forums including UN Women, UN Office for Outer Space Affairs and TEDx. 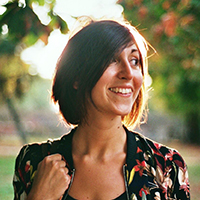 Maja Spanu is a Junior Research Fellow in International Relations at POLIS. Maja holds a PhD in Social and Political Sciences from the European University Institute. She is working on her first book project, offering a re-reading of the history of the principle of self-determination over the twentieth century. She is the recipient of an Arts and Humanities Impact Fund Grant for a documentary exploring the experiences of children of individuals convicted of crimes during the Balkan wars. Maja is the co-editor of a forthcoming Oxford Handbook of History and International Relations. She writes academic pieces and publishes for medias and blogs. She regularly undertakes policy collaborations on the Balkans. 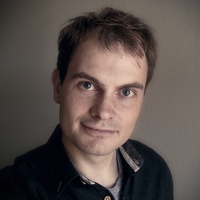 As a postdoc in probabilistic machine learning, Kristoffer is fascinated by the question of how intelligently computers can act. Of particular interest are machine learning models that can reason about their uncertainty, i.e. models that know when they don't know. He is also interested in improving the way these models learn about the world when they do not have a specific task to solve - similar to how humans can acquire knowledge out of sheer curiosity.
Kristoffer has been passionate about outreach since his student years. He regularly gives public talks on AI, often with a focus on its societal impact. He has participated in several advisory groups together with MPs and trade unions discussing the ethical and societal issues of AI, and he continues to provide input to policymakers in his home country Denmark.

On a clear night, however, you might find Kristoffer looking up at the stars and planets in the sky - a fascination that originally led him to study astrophysics in which he holds an MSc. 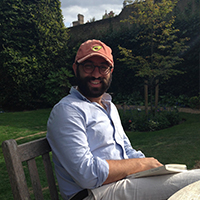 Aaron Kachuck is Junior Research Fellow in Latin and Neo-Latin Literature at Trinity College, Cambridge. He works on the development of political and religious symbolism and their literary form in Rome’s early Principate, as well their intertwined reception in later periods, especially Early Modern Europe. In addition to directing a wide variety of outward-oriented activities focused on book-history, he also co-directs Cambridge: City of Scholars, City of Refuge (1933–1945), the first comprehensive study of Cambridge’s role—town and University—as scholarly and artistic sanctuary from World War II to the present, with a variety of mixed-media components (book, film, artistic installations, exhibit, walking-tours). 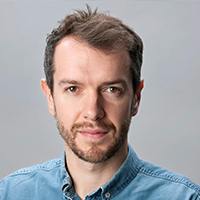 Dr Harry Cliff is a particle physicist working on the LHCb experiment at CERN’s Large Hadron Collider (LHC), where he searches for evidence of new particles and forces that may help address some the big unsolved problems in fundamental physics, such as the nature of dark matter and why the universe is dominated by matter but not antimatter. His research focuses on making precise measurements of exotic particles called beauty quarks, which are produced in large numbers by collisions at the LHC. He is an active science communicator, having held a joint fellowship from 2012 to 2018 between the Cavendish Laboratory and the Science Museum in London, where he curated two major exhibitions on physics and astronomy (Collider, 2013 and The Sun, 2018). He has given numerous public lectures on physics, including at TED and the Royal Insitution and is currently writing his first popular science book.