The educational neuroscience of dyslexia and dyscalculia

For some children, acquiring the important skills of learning to read or do arithmetic is fraught with difficulty. Educational neuroscience is helping to understand why.

Children with dyslexia find it difficult to decide whether words rhyme and to count the number of syllables in a word like oasis. One reason is that aspects of the auditory signal in speech are processed less efficiently by the dyslexic brain.

Developmental dyslexia, which manifests as a difficulty in reading and spelling, affects about 7% of schoolchildren, mostly boys, and presents a major obstacle to educational success, future mental health and lifetime earning. Its mathematical counterpart, developmental dyscalculia, affects about 6% of schoolchildren and is found equally in boys and girls. According to figures released from the UK Government Office for Science, dyscalculia has an even higher impact on educational success than dyslexia.

Early diagnosis and appropriate educational support are known to have lasting benefits for children and adults affected by these disorders. To get this right, a better understanding is needed of how the brain acquires reading and maths skills, and the new field of educational neuroscience is helping to find the answers. In the forefront of these studies is Cambridge’s Centre for Neuroscience in Education. With £2 million recent funding from the Medical Research Council (MRC), the researchers at the Centre aim to discover neural markers for dyslexia and dyscalculia through brain imaging techniques. This will enable affected children to be identified as early as possible and for targeted remediation to be delivered.

The Centre for Neuroscience in Education was the first neuroscience laboratory in the world to be established within a Faculty of Education. Launched formally in 2005, with an inaugural conference that attracted 220 teachers and educators from over 15 countries, the Centre now has a team of 24 students and researchers. Staff are trained in a variety of disciplines, spanning psychology, education, medicine, linguistics and physics. The Centre is directed by Professor Usha Goswami, with Dr Dénes Szucs as University Senior Lecturer in Neuroscience and Education. In November 2010, the Centre moved to the Department of Experimental Psychology in order to take advantage of on-site new high performance data networks and infrastructure for neuroscience.

From electrochemical signals to education

The main brain imaging technology used in the Centre is the electroencephalogram (EEG), a technique that can measure the voltage changes that are caused by the electrochemical activity of brain cells. Whenever a child (or adult) is thinking or feeling, tiny electrical changes occur in the brain. These changes can be measured by sensitive electrodes that are placed on the skin of the scalp, mounted in a special hairnet that enables direct recordings of brain activity to be taken. The technique is painless, the electrodes are easy to put on and the children enjoy the measurement sessions.

But how can these electrical measurements tell us anything about the process of learning? A developmental dyslexia project is making this link by following over 100 children on a yearly basis for five years, making brain measurements at the same time as analysing speech processing, auditory processing, reading and spelling. One area of particular focus is a specific difficulty in processing the sound patterns of words, a skill called phonological awareness, which has been known for over 20 years to be the hallmark of developmental dyslexia.

The sound of syllables

Children with dyslexia find it difficult to decide whether words rhyme and to count the number of syllables in a word like oasis. One reason is that aspects of the auditory signal in speech are processed less efficiently by the dyslexic brain. 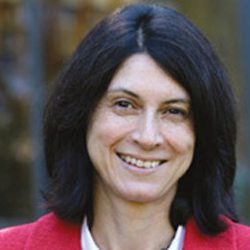 In a simple auditory tone task that has now been used with dyslexic children learning languages as diverse as English, Spanish, Chinese and Finnish, scientists at the Centre have shown that one particular sound parameter is more difficult to discriminate. A bit like the difference in the onset of loudness between a trumpet note and a violin note, there is a difference in the rate of onset of loudness that occurs as we produce syllables; the Cambridge researchers have found that this is impaired in developmental dyslexia. In fact, this processing difficulty means that children with dyslexia are impaired in any auditory rhythmic task – including perceiving metrical structure in music and tapping along to a beat.

To further complicate matters, the way in which the pre-literate brain represents language is fundamentally different to the way in which the literate brain represents language. Learning to read changes the brain because learning an alphabet makes us conceptualise spoken words in terms of their spelling patterns. We automatically hear spoken language as a series of the kinds of sounds represented by letters (e.g. we hear cat as c + a + t); this connection between sounds and letters is called phonics. The dyslexic brain does not have the auditory distinctions efficiently in place to which phonics instruction can be easily linked.

Currently, the main remediation offered to children with developmental dyslexia is yet more intensive instruction in phonics. Instead, the research in Cambridge suggests that interventions based on rhythm and even music may be beneficial, at much earlier ages. Rhythm is more overt in music than in language, and other projects at the Centre have shown that being able to sing in time with music is predictive of syllable and rhyming skills, and that training in rhythm improves phonological awareness. Several educational interventions based on musical and speech rhythms are currently being developed at the Centre.

Magnitude of the problem

The MRC project on dyscalculia is just beginning but, here too, the neurological basis of the disorder is under scrutiny because a distinct area in the brain’s parietal cortex seems to be specialised for understanding magnitude. Children with dyscalculia have enormous difficulties in making decisions about quantities, such as ‘how much is four?’ Intriguingly, however, scientists at the Centre have shown that the main sensory marker of magnitude difficulties – being slower to make judgements about numbers that are closer together than further apart – is not deficient in children with dyscalculia. But these children do have very poor working memories, finding it both difficult to keep relevant information in mind and to recognise mistakes.

When children start learning maths at school, changes largely occur in the language areas of the brain. The ensuing neural connections that form between memory, magnitude and decision-making processes may underlie what goes wrong in dyscalculia. This hypothesis will be explored using a variety of non-invasive imaging techniques at the Centre and in collaboration with the MRC Cognition and Brain Sciences Unit in Cambridge, in an effort to use spatial imaging technologies to deliver exact information about where the affected networks are in the brain.

The Centre is also beginning to have an input into Government policy. Professor Goswami was the scientific co-ordinator for Learning Difficulties within the Government Office of Science ‘Foresight’ project on Mental Capital and Wellbeing in 2008, one of three Cambridge scientists in the lead team (along with Professors Barbara Sahakian and Felicia Huppert). If the recommendations of the Foresight project are implemented nationally, then the insights from brain science for education will eventually be reflected in the basic training of all the teachers in the country. When that happens, all university Departments of Education will need some expertise in brain science - and as the Centre retains strong links with the Faculty of Education, Cambridge will be well-placed to contribute to such new training.

For more information, please contact the author, Professor Usha Goswami (ucg10@cam.ac.uk), at the Centre for Neuroscience in Education. Research at the Centre is funded by grants from the MRC, Economic and Social Research Council (ESRC), European Union, Leverhulme Trust and Nuffield Foundation.