Rhyme on the rise?

Having long been sidelined as a Cinderella subject in schools, children's poetry is poised to reclaim the hearts and minds of a new generation of younger readers, a new study suggests.

Poetry has always been the hardest part of the English curriculum to deliver in schools. Opportunities to write poetry have increasingly been squeezed out in response to pressures to "teach to tests"

Researchers argue that factors including internet and television campaigns, scientific and psychological studies, and the present and previous poet laureates' sympathies for the cause are all aiding a revival in the subject after years in the doldrums.

The claims are made by the editors of a new book, Poetry and Childhood, which, following a joint University of Cambridge and British Library conference on the same theme last year, compiles the latest research on children's poetry and assesses its state of health in the 21st century.

Recent reports by organisations like Ofsted and the UK Literacy Association (UKLA) have painted a bleak picture, suggesting that poetry is becoming almost as alien to teachers as it is to the young readers it aims to reach.

As recently as 2008, a survey of 1,200 British primary school teachers for the UKLA found that 22% could not name a single poet. Collections for children by individual poets and the availability of poetry in the children's sections of bookshops also seem to be in decline.

According to the editors of the new book, however, an upswing may be just around the corner, thanks to a fresh wave of activism by poets and lovers of children's poetry. Coupled with serious scholarly investigation into poetry's merits, they suggest that this is helping to reimagine and reinvent the form for modern classrooms and readers.

Children are, they add, beginning to discover modern poets - such as Philip Gross, and Tony Mitton - alongside long-cherished works by the likes of Edward Lear, Robert Louis Stevenson, Jane Taylor, A. A. Milne and Christina Rossetti.

David Whitley, from the University of Cambridge's Faculty of Education, who co-edited Poetry and Childhood, said: "Poetry has always been the hardest part of the English curriculum to deliver in schools. Opportunities to write poetry have increasingly been squeezed out in response to pressures to "teach to tests". Children aren't encouraged to learn poems by heart anymore and poetry is perceived as more difficult to understand than prose."

"Now we are seeing various interventions which recognise that the very qualities that have led to poetry's decline - the special attention it requires, its precision and ability to lodge in the deepest recesses of memory - may be exactly what's needed to counterbalance the quickfire nature of children's development in the digital age. In the present cultural moment, there is a real sense that a lot of collective energy is putting poetry back on the map again."

Researchers point to the efforts of figures such as the former children's laureate, Michael Rosen, who also contributes to the new book. Rosen has made it his stated mission "to put the pleasure back into poetry". As laureate, he started an interactive YouTube site, where poets and children can share performances, and a programme of roadshows in which poets travel up and down the country performing their work for young audiences.

Those who write specifically for children are not alone. Andrew Motion, who contributed a preface to the study, created during his tenure as poet laureate an online archive with a dedicated children's section, enabling users to tune into recordings of Roald Dahl reading Little Red Riding Hood And The Wolf, or Spike Milligan's rendition of The Land Of The Bumbly Boo. Motion's successor, Carol Ann Duffy, divides her time between child and adult audiences, as did his predecessor, Ted Hughes.

One reason for the renewed emphasis on poetry for children, the editors suggest, may be that both educational and scientific studies have started to highlight the benefits of studying the subject.

The second phase of the UKLA study which uncovered the limited awareness of poetry among primary school teachers sought to develop their knowledge, with positive results. The researchers observed dramatic changes in the relationships between teachers and students, concluding that: "Teachers, positioned as fellow readers, have the confidence to teach both effectively and affectively and draw in reluctant readers".

Scientific investigations into the study of poetry have also shown that an engagement with the subject enhances children's ability to express themselves in a sophisticated way, as research reported by Cambridge Professor Usha Goswami shows.

"Children are very responsive to musical language - you might say that they are hard-wired to rhyme and rhythm," Morag Styles, Reader in Children's Literature and Education at the University of Cambridge and another of the book's co-editors, said. "This means that their feeling for poetry starts at a very young age. By encouraging them not just to read, speak or listen to poetry, but also to write it themselves, they develop a much stronger awareness of language."

Poetry and Childhood is published by Trentham Books and will be launched at the University of Cambridge Faculty of Education on October 18th. 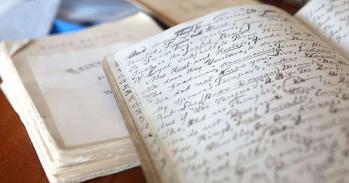