The Department of Physics Cavendish Laboratory has initiated a campaign to recruit an unprecedented number of academic posts to meet the growing department’s needs.

The Department of Physics Cavendish Laboratory has initiated a campaign to recruit an unprecedented number of academic posts to meet the growing department’s needs.

The ten posts will include six lectureships, two readerships and two chairs.

Dire statistics on the state of university physics departments abound with 30% of British university physics departments having closed in the last dozen years, and the number of students sitting A-levels physics having dropped by 38% since 1990. At a time when there is considerable concern about the state of physics, these investments reflect the University's confidence in the future of physics and the significance of the Cavendish Laboratory.

Professor Peter Littlewood, Head of the Physics Department, said: "Our undergraduate numbers are buoyant and our research income is ever increasing, doubling in the last decade. These appointments come at a time when we are engaged in a major new expansion of research activity in the Physics of Medicine and plan to make a major thrust in fundamental aspects of quantum science as well as bolstering our current programme in other areas.

"Additionally, we have already made very substantial investments in nanoscience. I am not aware of another physics department that has such an aggressive hiring programme as we do now."

The Department of Physics has ambitious plans to invest not only in new staff but also in new infrastructure. The £20M Physics of Medicine Development, due to start construction in the next few months, is the first phase of a planned £125M redevelopment of the world famous Cavendish Laboratory.

As part of the Department's efforts to encourage wider participation and interest in physics, the Cavendish Laboratory runs an outreach programme, a major aspect of which is 'Physics At Work'. This popular event provides 14- to 16-year-olds with the opportunity to meet scientists working in academic and commercial fields and learn more about their research. After short presentations about their work, they open the session for students to ask questions and probe in more detail the areas that most interest them. 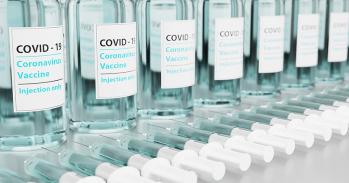 How accurate were early expert predictions on COVID-19, and how did they compare to the public?