When the COVID-19 pandemic emerged in 2020, the R rate became well-known shorthand for the reproduction of the disease. Yet a new study suggests it’s time for ‘a farewell to R’ in favour of a different approach based on the growth rate of infection rather than contagiousness.

The study, published in the Journal of the Royal Society Interface and led by researchers from the University of Cambridge, is based on time-series models developed using classical statistical methods. The models produce 'nowcasts' and forecasts of the daily number of new cases and deaths that have already proved successful in predicting new COVID-19 waves and spikes in Germany, Florida in the USA, and several states in India.

The study is co-authored by Andrew Harvey and Paul Kattuman, whose time-series model reflecting epidemic trajectories, known as the Harvey-Kattuman model, was introduced last year in a paper published in Harvard Data Science Review.

“The basic R rate quickly wanes in usefulness as soon as a pandemic begins,” said Kattuman, from Cambridge Judge Business School. “The basic R rate looks at the number of infections expected to result from a single infectious person in a completely susceptible population, and this changes as immunity builds up and measures such as social distancing are imposed.”

In later stages of a pandemic, the researchers conclude that use of the effective R rate which takes these factors into account is also not the best route: the focus should be not on contagiousness, but rather on the growth rate of new cases and deaths, examined alongside their predicted time path so a trajectory can be forecasted.

“These are the numbers that really help guide policymakers in making the crucial decisions that will hopefully save lives and prevent overcrowded hospitals as a pandemic plays out – which, as we have seen with COVID-19, can occur over months and even years,” said Kattuman. “The data generated through this time-series model has already proved accurate and effective in countries around the world.”

The study examines waves and spikes in tracking an epidemic, noting that after an epidemic has peaked, daily cases begin to fall as policymakers seek to prevent new spikes morphing into waves. The monitoring of waves and spikes raises different issues, primarily because a wave applies to a whole nation or a relatively large geographical area, whereas a spike is localised.

Therefore, a localised outbreak in a country with low national infection numbers can result in a jump in the national R rate, as occurred in the Westphalia area of Germany in June 2020 after an outbreak at a meat processing factory. However, this sort of jump does not indicate that there has been a sudden change in the way the infection spreads and so has few implications for overall policy.

The Harvey-Kattuman model has been adapted into two trackers. The two Cambridge academics worked with the National Institute of Economic and Social Research to produce a UK tracker which is published biweekly by the National Institute of Economic and Social Research. In addition, they produce an India tracker which is published by the Centre for Health Leadership and Excellence at Cambridge Judge Business School. District-level pandemic trajectory forecasts using the model are used by public health policymakers in three states in India – Punjab, Tamil Nadu and Kerala – to identify regions at high risk and to frame containment and relaxation policies. 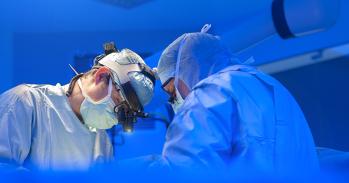 Credit: Image by torstensimon from Pixabay