Too big to cry: when war ended, the damage began

A collection of essays edited by Drs Trudi Tate and Kate Kennedy looks at the legacy of the First World War through the lens of the creative arts. As a specialist in the literature of conflict, Tate explores the ways in which writers expressed the impact of trauma on families – and child rearing in particular.

Tate argues that, while many soldiers and civilians felt infantilised by war, babies were, in a sense, militarised

When we think of the First World War, we remember the many millions of men who died. But, as dangerous it was to be a soldier in the horror of the trenches, it was more dangerous to be a baby back at home. This parlous state of affairs was described by the Bishop of London at the launch of an initiative called Baby Week designed to improve infant survival rates: “100,000 babies died during the first twelve months from their birth… While nine soldiers died every hour in 1915 twelve babies died each hour.”

This bleak picture, and the urgent efforts made to redress it, is one backdrop to The Silent Morning: Culture and Memory after the Armistice a collection of essays edited by Cambridge academics Drs Trudi Tate and Kate Kennedy. The book, which comes out in paperback on Armistice Day (11 November 2015) looks at the cultural and societal narrative of a Britain struggling to find itself in the wake of conflict. Part of this struggle was a national drive to increase the health of the nation and produce a generation raised on safe milk, housed in sanitary conditions and provided with a secure framework.

Both Tate and Kennedy study the First World War but neither is a historian in the conventional sense. Tate is a specialist in the literature of conflict and Kennedy is a biographer with an interest in the relationship between words and music. The essays they bring together in Silent Morning look behind the practical measures taken to improve hygiene and housing to reveal the deeper cultural forces at work. Evident in art, literature and music, these ways of seeing the world shaped much more than government policies: they had a profound and enduring impact on people’s lives on both sides of the conflict. 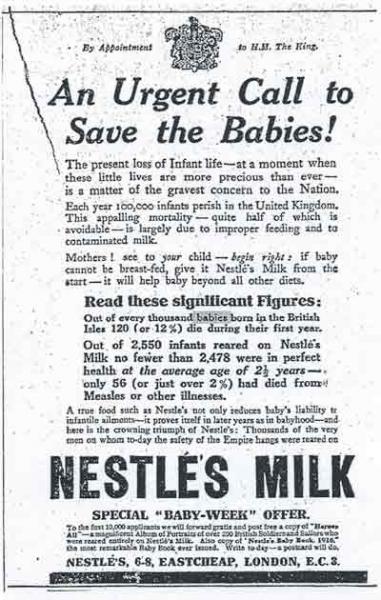 The chapter in Silent Morning contributed by Tate is titled ‘King Baby’. It covers new ground in its analysis of underlying attitudes to child development and how these were shaped by the not-quite peace that unfolded when an Armistice was declared in November 1918. In her exploration of the literature of the period, Tate focuses first and foremost on babies. Her journey into the unconscious of the domestic sphere embraces the work of writers such as Virginia Woolf, Elizabeth Bowen and Katherine Mansfield as well as the manuals that exerted strong influences on childcare practice.

Tate argues that, while many soldiers and civilians felt infantilised by war, babies were, in a sense, militarised. She reminds us that war traumatises – but also that peace, and the absence of the sound of guns, can be traumatic too. The uncertain and sullied cease of conflict that followed was described by the poet Eleanor Farjeon in chilling terms:

I am awful as my brother War,
I am the sudden silence after clamour.
I am the face that shows the seamy scar
When blood has lost its frenzy and its glamour.

When Woolf too describes the disappointment of peace, she turns to childhood as her point of reference. The build-up to Armistice is like the excitement of a birthday. Inevitably, the day itself disappoints yet the charade that everything’s lovely has to be maintained. “So on a birthday,” she writes, “when for some reason things have gone wrong, it was a point of honour in the nursery to pretend. Years later one could confess what a horrid fraud it seemed.”

Rather than returning as heroes, many men who came back from the First World War were broken and stripped of individual agency. Some were empty and angry; some could be violent. Many of those who went to war never came back. Bowen’s ‘Tears, Idle Tears’ describes a young widow, Mrs Dickinson, containing her grief for her dead husband Toppy beneath a mask of elegance and poise. The Dickinsons’ seven-year-old son, Frederick, who had been just a baby when his father died, cries and cries. His mother is embarrassed by this “great blubbering boy” who is “too big to cry”.

Perhaps poor Frederick had been raised according to the method set out by Truby King, a pioneer in modern parenting. Enthusiastically embraced in the wake of the First World War, King’s views made a perfect partner for the nationwide programmes (such as Baby Week) aimed at raising standards of hygiene and nutrition.

King recommended a strict, and largely loveless, schedule. An extraordinary man, whose career took in dairy farming and the cultivation of roses, King was also superintendent of a lunatic asylum. He observed that calves thrived when they were fed regularly. Babies, believed King, should be fed every four hours (not at night) with sleep in between. Even their bowel movements should be regulated. Over-stimulation (too much play and excitement) was to be avoided; physical contact was spoiling. 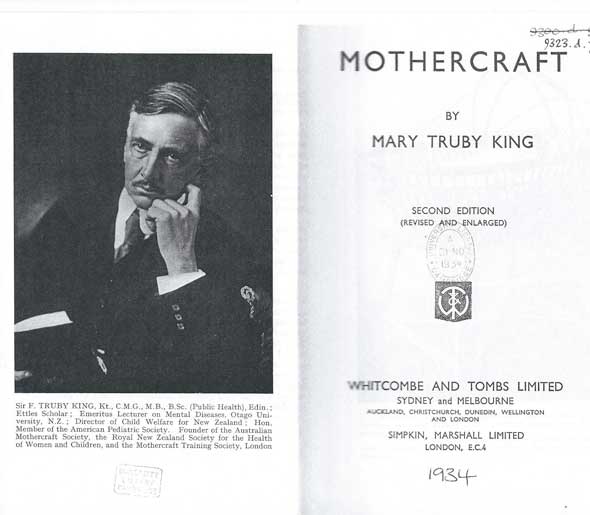 When the guns went silent, and a semblance of normality crept into the lives of those who had survived the war, a gaping absence asserted itself. “Babies born after the Armistice come into what seems like a formless, unpredictable world,” writes Tate. “In the many families which take up the Truby King method, babies’ tiny lives are vigorously regulated, thus providing a comforting structure – a ‘container’ which at least makes the adults feel more secure.” 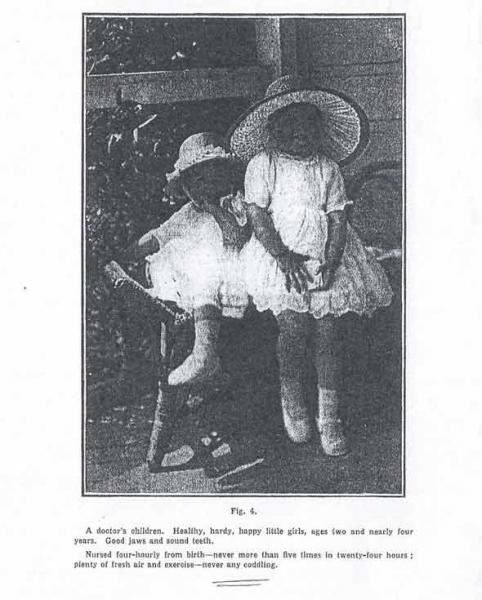 By mechanising babies, and raising them in a sterile environment, parents perhaps tried to make the world secure for themselves. King’s literature on the best way to bring up baby was devoured by many of the professionals seeking to improve the nation’s health. His methods were ‘scientific’. A new generation of maternity nurses was trained in the ‘Truby King method’. The Plunket nurses (named after King’s patrons Lord and Lady Plunket) helped mothers to breastfeed and guided them through their babies’ early development. Plunket nurses adhered to routine; they wouldn’t ‘give in’ to a crying child.

Tate shows how Mansfield captures the cruel effects of this detached style of parenting in her short story ‘Bliss’.  Bertha is a middle class mother who employs a full-time nanny. Her husband boasts of his lack of interest in his child. “Don’t ask me about my baby. I never see her.” When Bertha visits her daughter one evening, the child is delighted while nanny experiences the unscheduled visit as a disruption to a regime that must be maintained at all costs. Bertha suddenly realises that the situation is tragic for both for herself and her child.

The focus of Mansfield’s story is not Bertha’s marriage but her relationship with her daughter. “Many of her [Mansfield’s] stories of modern life are miniature tragedies, rooted, in many cases, in the unwitting neglect of children,” Tate writes. For Truby King, children had no point of view: a regulated regime was best for them, regardless of how much they screamed with hunger. King’s inflexible routine for baby-rearing imposed military discipline on the messy chaos that is small babies. 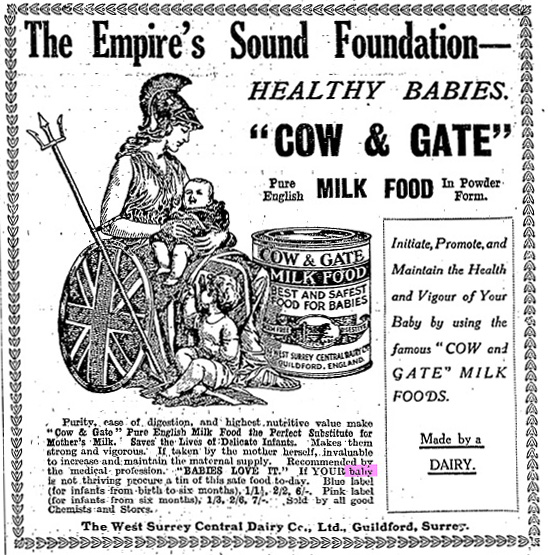 King did face criticism from contemporaries – among those who argued against him was Dr GD Laing who experienced the pitiful cries of little ones being ignored until the allotted hour for feeding. Research by psychoanalysts John Bowlby, Melanie Klein, Donald Winnicott and Wilfred Bion later showed that King’s system, though it succeeded with some babies, was disastrous for many. The infants who, desperately hungry or hurting, screamed themselves into silence may well have been traumatised – and early trauma has been linked to depression.

Those who suffer terribly in war seldom speak of their experiences as there are no words to describe it. They pass on their distress in other ways. In her memoir Alfred and Emily (2008), the novelist Doris Lessing (born in 1919) revisited her childhood. Her father lost a leg fighting in the First World War; her mother was a nurse looking after the war-wounded. “Do children feel their parents’ emotions,” Lessing wonders. “Yes, they do… The Great War… squatted over my childhood. And here I still am, trying to get out from under that monstrous legacy, trying to get free.”

The Silent Morning: Culture and Memory after the Armistice is published by Manchester University Press.