An international team of researchers led by scientists at the University of Cambridge and MSD has created the first detailed genetic map of human proteins, the key building blocks of biology. These discoveries promise to enhance our understanding of a wide range of diseases and aid development of new drugs.

Compared to genes, proteins have been relatively understudied in human blood, even though they are the ‘effectors’ of human biology, are disrupted in many diseases, and are the targets of most medicines

The study, published today in the journal Nature, characterised the genetic underpinnings of the human plasma ‘proteome’, identifying nearly 2,000 genetic associations with almost 1,500 proteins. Previously, there was only a small fraction of this knowledge, mainly because researchers could measure only a few blood proteins simultaneously in a robust manner.

The researchers used a new technology (“SOMAscan”) developed by a company, SomaLogic, to measure 3,600 proteins in the blood of 3,300 people. They then analysed the DNA of these individuals to see which regions of their genomes were associated with protein levels, yielding a four-fold increase on previous knowledge.

“Compared to genes, proteins have been relatively understudied in human blood, even though they are the ‘effectors’ of human biology, are disrupted in many diseases, and are the targets of most medicines,” says Dr Adam Butterworth from the Department of Public Health and Primary Care at the University of Cambridge, a senior author of the study. “Novel technologies are now allowing us to start addressing this gap in our knowledge.”

One of the uses for this genetic map is to identify particular biological pathways that cause disease, exemplified in the paper by pinpointing specific pathways that lead to Crohn’s disease and eczema.

“Thanks to the genomics revolution over the past decade, we’ve been good at finding statistical associations between the genome and disease, but the difficulty has been then identifying the disease-causing genes and pathways,” says Dr James Peters, one of the study’s principal authors. “Now, by combining our database with what we know about associations between genetic variants and disease, we are able to say a lot more about the biology of disease.”

In some cases, the researchers identified multiple genetic variants influencing levels of a protein. By combining these variants into a ‘score’ for that protein, they were able to identify new associations between proteins and disease. For example, MMP12, a protein previously associated with lung disease was found to be also related to heart disease – however, whereas higher levels of MMP12 are associated with lower risk of lung disease, the opposite is true in heart disease and stroke; this could be important as drugs developed to target this protein for treating lung disease patients could inadvertently increase the risk of heart disease.

MSD scientists were instrumental in highlighting how the proteomic genetic data could be used for drug discovery. For example, in addition to highlighting potential side-effects, findings of the study can further aid drug development through novel insights on protein targets of new and existing drugs. By linking drugs, proteins, genetic variation and diseases, the team has suggested existing drugs that could potentially also be used to treat a different disease, and increased confidence that certain drugs currently in development might be successful in clinical trials.

The researchers are making all of their results openly available for the global community to use.

“Our database is really just a starting point,” says first author Benjamin Sun, also from the Department of Public Health and Primary Care. “We’ve given some examples in this study of how it might be used, but now it’s over to the research community to begin using it and finding new applications.”

Caroline Fox MD, Vice President and Head of Genetics and Pharmacogenomics at MSD, adds: “We are so pleased to participate in this collaboration, as it is a great example of how a public private partnership can be leveraged for research use in the broader scientific community.”

Professor Metin Avkiran, Associate Medical Director at the British Heart Foundation, said: “Although our DNA provides our individual blueprint, it is the variations in the structure, function and amount of the proteins encoded by our genes which determine our susceptibility to disease and our response to medicines. This study provides exciting new insight into how proteins in the blood are controlled by our genetic make-up and opens up opportunities for developing new treatments for heart and circulatory disease.” 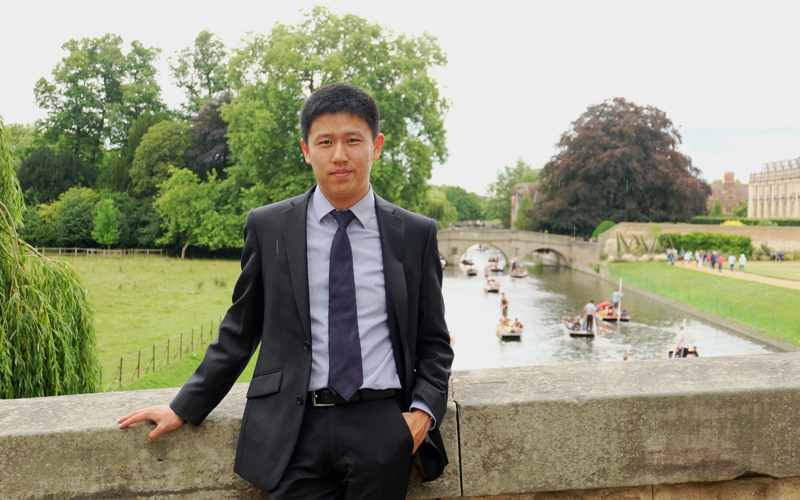 “My work involves analysing big 'omic' data,” says Benjamin Sun, a clinical medical student on the MB-PhD programme at Cambridge. By this, he means data from genomic and proteomic studies, for example – terabytes of ‘big data’ that require the use of supercomputer clusters to analyse.

“My aim is to understand how variation in the human genome affects protein levels in blood, which I hope will allow us to better understand processes behind diseases and help inform drug targeting.”

Benjamin did pre-clinical training at Cambridge before intercalating – taking time out of his medical training to study a PhD, funded by an MRC-Sackler Scholarship, at the Department of Public Health and Primary Care.

“Having completed my PhD, I am currently spending the final two years of my programme at the Clinical School to complete my medical degree. My aim is to become an academic clinician like many of the inspiring figures here at the Cambridge. Balancing clinical work with research can sometimes be tough but definitely highly rewarding.” 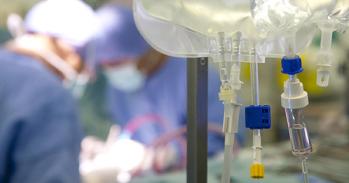