This project will bring enormous improvements to the care of patients with rare genetic diseases. It will shorten the gap between the first signs of ill-health in a person and providing a conclusive diagnosis by using the power of modern DNA sequencing methods

University of Cambridge, Genomics England and Illumina, Inc. today announced the start of a three-year project that will sequence 10,000 whole genomes of children and adults with rare genetic diseases. The project represents a pilot for Genomics England, which will provide 2,000 samples, and marks the beginning of the national endeavor to sequence 100,000 genomes in the UK National Health Service (NHS), announced recently by the Prime Minister, David Cameron.

“This project will bring enormous improvements to the care of patients with rare genetic diseases. It will shorten the gap between the first signs of ill-health in a person and providing a conclusive diagnosis by using the power of modern DNA sequencing methods,” said Dr John Bradley, Director of the NIHR Cambridge Biomedical Research Centre, a partnership between the University of Cambridge and Cambridge University Hospitals.

Today, most patients with a rare genetic disease go through a diagnostic odyssey to find the cause.  For many, the long search remains unsuccessful, which not only prevents the delivery of optimal care, but also may aggravate the condition. To improve patient care in the UK National Health Service (NHS), the University of Cambridge will work with the team led by Dr. David Bentley, Vice President and Chief Scientist for Illumina, to develop the workflow and processes to bring routine clinical whole genome sequencing to the bedside.

Illumina will deliver whole genome sequence data for the project using market-leading technology invented in Cambridge.  “In 1997 sequencing a person’s entire genome as part of healthcare was just an idea and it has always been my hope that one day it would turn into reality and benefit thousands of patients,” said Shankar Balasubramanian, Professor of Chemistry at Cambridge University and inventor of the sequencing by synthesis technique that is used by Illumina’s instruments to read the DNA code.

“We are excited to be partnering in this ground-breaking project to discover the genes underlying rare genetic diseases, which may lead to offering new tests and pave the way for new opportunities for treatment,” said Professor Mark Caulfield, Genomics England's Chief Scientist.

There are an estimated 7,000 rare diseases and about 3.5 million people in the UK will be affected by a rare disease at some point in their life.

“I am confident that the pioneering medical research by doctors, nurses and scientists across the UK will receive broad support from the rare diseases community,” said Alastair Kent from Rare Diseases UK.

Sarah-Jane Marsh, Chief Executive at Birmingham’s Children Hospital added, "More than 5 percent of babies are born with a genetic disease. At the moment, too many of the affected families are unable to access the best diagnostics and treatment available.”

The Rare Diseases Genomes Project will help to address this gap, and make the NHS a world leader in rare disease care. The cumulative knowledge which will be gained from collecting this data will improve treatment for many patients in the NHS and across the world. 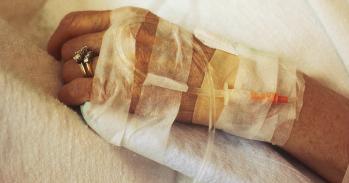 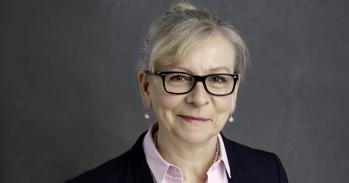 An overview of the structure of DNA