The key message is that the UK government, like many around the world, now recognises that economic measures such as GDP do not provide adequate information about a society’s progress.

At the heart of any country’s progress lies the well-being of its people. How to accurately and effectively determine well-being is the subject of a recent study at the University of Cambridge.

‘Flourishing across Europe’ scored 23 European countries across 10 distinct elements that define well-being. The study is significant as it employs an objective, multi-dimensional approach that highlights particular areas of strength or weakness for each nation.

The study’s lead author, Professor Felicia Huppert of the University of Cambridge, said: “The key message is that the UK government, like many around the world, now recognises that economic measures such as GDP do not provide adequate information about a society’s progress.  Governments need also to evaluate how citizens experience their lives, that is, to measure their well-being.”

The study, by Professor Huppert, Director of the Well-being Institute at Cambridge and technical advisor for the Office of National Statistics ‘Measuring National Well-being’ initiative, and her PhD student Timothy So, regards well-being as ‘positive mental health’ - not the absence of depression, anxiety or severe stress, but as their opposite.

By examining internationally agreed criteria for these common mental health problems, and defining the opposite of each symptom, the study sought to identify the features that constitute positive well-being or ‘flourishing’.  They found that 10 features define flourishing: competence, emotional stability, engagement, meaning, optimism, positive emotion, positive relationships, resilience, self-esteem and vitality.

An operational definition of flourishing was then applied to 43,000 respondents from 23 countries which participated in the European Social Survey in 2006/2007.   The study found that Nordic countries had the highest rate of flourishing while Eastern European countries had the lowest.  Aside from differences in wealth, these findings reflect the importance for well-being of low income inequality, high employment, good education, a strong welfare system, and good governance.

But strikingly, at the country level, some nations showed very marked variability in their rankings. For instance, France had the highest score in Europe on engagement but the lowest on self-esteem and was among the lowest on optimism and positive relationships.  In contrast, Spain had the highest score on self-esteem, but the lowest on the measures of competence and vitality. The UK was near the middle in overall well-being as well as in almost every feature, leaving plenty of room for improvement.

Implications of this study are that a multi-dimensional approach can provide a deeper understanding of well-being than single indicators such as measures of happiness or life satisfaction, which have been widely used to date.

According to Huppert, “If policy makers want to improve well-being, the approach used in our study can identify which aspects of well-being need to be targeted in particular groups or nations. In the same way that improving  GDP involves identifying the specific components of the GDP which need adjusting, so too improving well-being requires identifying the specific components of well-being which could benefit most from policy interventions.” 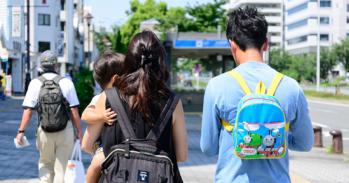 How Japan’s ‘salaryman’ is becoming cool