A new study in marmoset monkeys suggests that individual variation in genes alters our ability to regulate emotions, providing new insights that could help in the development of personalised therapies to tackle anxiety and depression.

As many as one in three people affected by anxiety and depression does not respond to anti-depressants, so we need to find better treatments to help improve their quality of life

Some individuals are at greater risk of developing anxiety and depression than others and this depends in part upon the interaction between our genes and our environment, such as stressful or adverse events in our lives. Moreover, some of those who develop anxiety or depression may respond better to treatment while others struggle to benefit.

Although much research has been dedicated to finding effective treatments, we still have a poor understanding of how mental health disorders such as these develop and of the underlying brain mechanisms.

A study published today in PNAS has identified specific brain mechanisms that may underlie how genetic variation in the serotonin transporter gene, a key gene that regulates mood and stress responses, can influence the way we respond to perceived threat.

In a previous study working with marmoset monkeys, Dr Andrea Santangelo in the laboratory of Professor Angela Roberts at the University of Cambridge showed that the particular variant of the gene carried by a monkey will influence whether it perceives an ambiguous stimulus as being high or low threat. This characteristic of an individual’s personality is called ‘trait anxiety’.

High trait anxiety is a risk factor in humans for developing anxiety and mood disorders, and genetic variation in the serotonin transporter gene has been linked with an increased likelihood of developing these disorders.

But in this earlier study, the researchers showed that variants of the gene also affected how a monkey responds to certain medicines. Specifically, individuals carrying the variant of the gene associated with high anxiety actually increased their anxiety towards a threat immediately after treatment with a commonly-used antidepressant known as a ‘selective serotonin re-uptake inhibitor’, or SSRI. This so called ‘anxiogenic’ effect is often seen in patients in the early stages of treatment and is thought to be part of the reason why these patients do not respond favourably to SSRIs.

In this new study, Dr Santangelo and Professor Roberts, along with colleagues including those at the Wolfson Brain Imaging Centre and Translational Neuroimaging Laboratory, have revealed how variation in the serotonin transporter gene has an impact on the number of a specific type of serotonin receptor, known as the type 2A receptor, in a specific brain area. Receptors are proteins in the brain that enable particular molecules – in this case serotonin – to affect the function of nerve cells. Monkeys carrying the variant of the gene associated with high anxiety had lower numbers of this receptor, hence changing the way in which serotonin-based drugs act upon them.

Medicines targeting these receptors have recently been used in the treatment of anxiety and mood disorders, so these findings suggest that it could be important in the future to know what variant of the serotonin transporter gene an individual is carrying when deciding on a treatment strategy.

The specific brain area where the number of receptors was reduced was the insula cortex, an important site for integrating information about sensations coming from the body with cognitive information processed in other areas to generate feelings and self-awareness, and to help guide decision-making.

This new finding suggests that those cognitive behavioural therapies (CBT) that focus on controlling sensations from the body could help patients in whom SSRI drugs are not effective.

“As many as one in three people affected by anxiety and depression does not respond to anti-depressants, so we need to find better treatments to help improve their quality of life,” says Dr Santangelo from the Department of the Physiology, Development and Neuroscience at the University of Cambridge.

“Our research suggests that differences in our DNA may help predict which of us will respond well to these medicines and which of us require a different approach. This could be assessed using genetic testing.”

The research was carried out using marmoset monkeys because this type of genetic variation in the serotonin transporter gene is only present in humans, apes and monkeys, and not rodents. Moreover, the marmoset’s brain shares many similarities with the human brain, so using monkeys in research allows us to identify exactly which mechanisms are behind conditions such as anxiety and depression, helping inform the development of much needed new treatments.

The research was funded by the Medical Research Council. 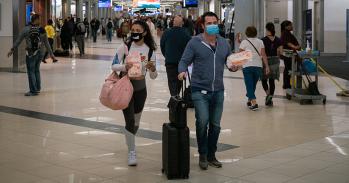 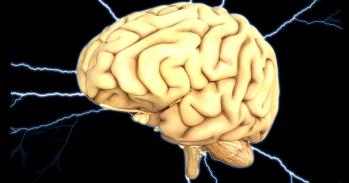