The graduates of a programme which allows alumni from Fitzwilliam College to spend a year studying in Japan will reunite at Westminster today to celebrate the initiative’s success.

The graduates of a programme which allows alumni from Fitzwilliam College to spend a year studying in Japan will reunite at Westminster today to celebrate the initiative’s success.

Every year Fitzwilliam sends a small group of students to the Daiichi University of Economics in Fukuoka, on Japan's southernmost main island, where they spend a year studying the country's language and culture.

The scheme, now in its eighth year, is funded entirely by Tsuzuki Sogo Gakuen, a trust comprising some fifty institutions and supporting 70,000 children and young people at all stages of education, from kindergarten through to university. The Institute pays for the Fitzwilliam graduates' travel, board and lodging and also funds their tuition for one academic year.

To mark its success so far, the college has organised a reunion at the House of Commons in collaboration with St Anne's College, Oxford, whose students also benefit from the initiative.

The reception will be attended by representatives from the Institute and about 70 graduates who have so far enjoyed a year in Japan thanks to the programme. It is being hosted by its best-known alumna, the Liberal Democrat MP and treasury spokesperson, Julia Goldsworthy (pictured), who read History at Fitzwilliam and took part after graduating in 2000.

Fitzwilliam College Master Professor Robert Lethbridge, who will also attend the event, said: "The Daiichi Programme has already given dozens of new Fitzwilliam graduates a unique opportunity to experience Japanese life and culture before setting out on their chosen career path with a significant additional string to their bow. This event is a chance not just to celebrate its progress to date but also express our gratitude to Tsuzuki Sogo Gakuen." 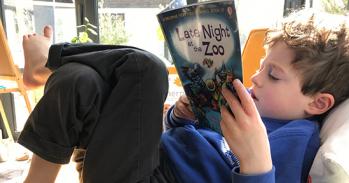