Crime: measuring by ‘damage to victims’ will improve policing and public safety

Now police can have a common currency as well, one that quantifies the true cost of all crime – the harm it causes

A “menu of harm” that measures crime according to the price of damage inflicted on victims – rather than counting crimes as if they are all of equal seriousness – needs to be adopted worldwide to focus police resources on the worst criminal acts, say leading University of Cambridge criminologists.

They describe the UK’s current approach to crime metrics as a “paper-and-pencil legacy of the 19th century”, presenting crime in ‘grand totals’ that give equal weight to shoplifting and homicide, for example – an approach used to leverage ‘crime is down’ media reports, causing police to focus on minor yet high-volume offences that cause less harm than rarer but more serious crimes.

The team, including Cambridge Institute of Criminology Director Professor Lawrence Sherman and his colleague Peter Neyroud, a former Chief Constable, are calling for a “meaningful measure of crime” grounded in the true societal cost: the harm done to its citizens.

Sherman, Neyroud and colleagues have devised the Cambridge Crime Harm Index (CHI), which they describe as essentially a crime version of the cost-of-living index – a classification system weighted by, in this case, the likely impact of an offence on victims. The first detailed outline of the Cambridge CHI is published today in the academic journal Policing.

The Cambridge criminologists say that this simple, cost-neutral ratio of harmful crime, based on sentencing guidelines and numbers of ‘imprisonable’ days, will dramatically improve identification and policing of areas where the most damaging crime occurs, so-called ‘harm spots’, as well as the most dangerous repeat offenders – who often fall between cracks in current overview analyses.

In the Policing journal paper, the researchers provide a ten-year UK comparison between current crime metrics and the Cambridge CHI. While overall crime counts between 2002 and 2012 showed a drop of 37%, the harm index reveals that this is an overestimation in terms of public safety, as imprisonable days reflecting ‘harm caused’ only dropped 21%.

Sherman believes that adoption of the Cambridge CHI would help make optimal use of scarce resources through more targeted policing, which could, in turn, reduce prison populations.

In fact, the Cambridge CHI is already being trialled by police units in a number of UK forces, including Leicestershire, whose Assistant Chief Constable, Phil Kay, will lecture at Cambridge this week on how his force has used it to identify crime ‘harm spots’ and the offenders who cause most harm, and have re-allocated resources, patrol patterns and offender management approaches accordingly.

In another recent example of Cambridge CHI use, mapping the harm index onto patterns of domestic violence helped Suffolk Constabulary reveal that – of the 25,000 couples coming to police attention over six years, resulting in some 36,000 callouts – fewer than 2% of couples generated 80% of all harm to each other.

The criminologists say that their approach need not replace the current system, but simply be added to it to help improve understanding of what the crime counts really mean.

“Not all crimes are created equal. Counting them as if they are fosters distortion of risk and accountability,” said Professor Sherman, Director of the Cambridge Institute and Honorary President of the 2,000-member Society of Evidence-Based Policing.

“If shoplifting drops while murder triples, crime is reported as ‘down’ – yet any common sense view of public safety cries out for some adjustment for seriousness.

“Currently, there is no meaningful ‘bottom line’ indicator of whether public safety is actually improving or declining in any given year or place. Measuring by the number of days in prison each crime could attract ensures that police, policy makers and the public are better informed on rates and trends of crime, the risks posed and resources required,” Sherman said.

Any new approach to measuring crime must pass a three-pronged test, says Sherman: cost, reliability and democracy (“reflecting the will of the people”).

The Cambridge crime harm index uses a fixed scale based on the number of prison days an offence would receive at its lowest starting point for a previously unconvicted offender, with sentence severity reflecting harm caused by the crime. Former Chief Constable Peter Neyroud, now a Cambridge University Lecturer in Evidence-Based Policing, helped devise this approach as a former member of the Sentencing Council for England and Wales.

Where penalty guidelines are expressed in community service hours, the Cambridge Index converts them into days. Where the starting point is a fine, this is calculated by the number of hours/days needed to earn the fine at minimum adult wage.

Judicial attitudes can vary wildly depending on media panics and public mood, says Sherman. Relying only on the heavily-debated sentencing guidelines protects the Cambridge CHI from this instability, keeping it reliable, while retaining its basis in the democratically-authorised law of the land. This differs from other systems, such as Canada’s ‘crime severity index’, which rely on the “shifting sands” of actual sentencing practice.

The Cambridge researchers say that their harm index can be easily calculated by citizens and officials alike, using data already published on a regular basis. “Policing budgets can ill afford to fund a new system of crime statistics, and we have shown they don’t have to,” said Sherman. “Our approach is essentially free of charge.”

Importantly, the Cambridge CHI distinguishes between crimes reported to the police and those “proactively generated” through enforcement – sidestepping what Sherman refers to as the “self-licking ice cream”: the idea that an unreported crime detected by police surveillance still counts as ‘one crime’, so police enforcement actually contributes to statistical crime increase.

Sherman uses the analogy of hedge funds to highlight the importance of a crime harm index: “Like police and justice agencies, investors have to achieve objectives such as growth and security, but face a vast array of choices about how best to invest their scarce resources.

“However, investors have one great advantage over police that makes their job much easier: a common currency. Now police can have a common currency as well, one that quantifies the true cost of all crime – the harm it causes.” 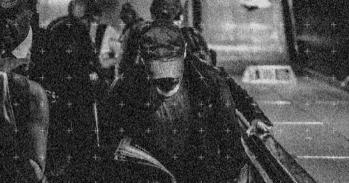