The annual two-week Festival, which runs from 7 – 20 March and stages more than 300 events, examines the growing interaction between humans and technology.

Will artificial intelligence be superior to or as creative as the human brain? Are we letting machines take over and give rise to mass unemployment or worse? Should we be worried about quantum computing and the impact it will have on the way we work, communicate and live in the future? Or should we harness rather than hate the digital deluge?

As we teeter on the brink of total machine dependency and epoch-making technological developments that cross all areas of our lives, Cambridge Science Festival asks these and many other critical questions.

At the core of this year’s Festival is a series of events that explores the increasing symbiosis between humans and technology, and the questions this raises for humanity in the coming century. On the first day, a panel of outstanding speakers debate the implications of artificial intelligence. The panel consists of experts from the fields of information technology, robotics and neuroscience, including Dr Hermann Hauser, Dr Mateja Jamnik, Professor Trevor Robbins and Professor Alan Winfield. This event will be moderated by Tom Feilden, Science Correspondent for the Today Programme on BBC Radio 4.

Organiser of the event, Professor Barbara Sahakian, University of Cambridge, said: “Artificial intelligence could be of great benefit to society, producing innovative discoveries and providing humans with more leisure time. However, workers are concerned that, more and more, jobs are being taken over by artificial intelligence. We can see this in the context of the current trend for robots to work in car factories and driverless trains, and also in the future movement towards driverless cars.

“Some people feel this is an inevitable progression into the future due to advances in artificial intelligence, information technology and machine learning. However, others including many neuroscientists are not convinced that computers will ever be able to demonstrate creativity nor fully understand social and emotional interactions.”

The view that machines are taking over every aspect of our lives and whether this is a positive or negative factor of modern living is further examined in the event, ‘The rise of the humans: at the intersection of society and technology’. Dave Coplin, author and Chief Envisioning Officer for Microsoft UK, discusses the future of the UK’s IT and digital industries and addresses the convergence of society and technology, focussing on the developments that are creating so many new opportunities.

Coplin, who also has a new book coming out shortly, believes our current relationship with technology is holding us back from using it properly and we should think differently about the potential future uses for technology.

He said: “We should harness, rather than hate, the digital deluge. Individuals and organisations need to rise up and take back control of the potential that technology offers our society. We need to understand and aspire to greater outcomes from our use of technology”.

Building further on these issues in the second week of the Festival, Zoubin Ghahramani, Professor of Information Engineering at the University of Cambridge and the Cambridge Liaison Director of the Alan Turing Institute, explores intelligence and learning in brains and machines. He asks, what is intelligence? What is learning? Can we build computers and robots that learn? How much information does the brain store? How does mathematics help us answer these questions?

Professor Ghahramani highlights some current areas of research at the frontiers of machine learning, including a project to develop an Automatic Statistician, and speculates on some of the future applications of computers that learn.

For many, quantum computing is the answer to machine learning. Influential pioneer in quantum information theory and the co-founder and current director of the Institute for Quantum Computing at the University of Waterloo, Professor Raymond Laflamme presents the annual Andrew Chamblin Memorial Lecture: ‘harnessing the quantum world’. During his lecture, Professor Laflamme will share the latest breakthroughs and biggest challenges in the quest to build technologies based on quantum properties that will change the ways we work, communicate and live.

A former PhD student of Professor Stephen Hawking, Professor Laflamme is interested in harnessing the laws of quantum mechanics to develop new technologies that will have extensive societal impact. He believes that the development of quantum computers will allow us to really understand the quantum world and explore it more deeply.

He said: “This exploration will allow us to navigate in the quantum world, to understand chemistry and physics at the fundamental level and bring us new technologies with applications in health, such as the development of drugs, and to develop new materials with a variety of applications.

“In the next half decade, we will produce quantum processors with more than 100 quantum bits (qubits). As we pass the count of about 30 qubits (approximately one gigabyte), classical computers can no longer compete and we fully enter the quantum world. That will be very exciting, from then on we do not have the support of classical computers to tell us if the quantum devices behave as expected so we will need to find new ways to learn the reliability of these devices. Once we have 30-50 qubits (approximately one million gigabytes), I believe that we will get an equivalent of Moore's law, but for the increased number of qubits.”

New technologies also have a major impact on healthcare, which comes under the spotlight during the final weekend of the Festival as it returns for the third year running to the Cambridge Biomedical Campus. During the event ‘How big data analysis is changing how we understand the living world’, Dr Ewan Birney, Fellow of the Royal Society and Director of the EMBL European Bioinformatics Institute, explores the opportunities and challenges of genomics and big data in healthcare, from molecular data to high-resolution imaging.

These kinds of technological revolutions mean biological data is being collected faster than ever. Dr Shamith Samarajiwa, from the Medical Research Council Cancer Unit, explains how analysing biomedical big data can help us understand different cancers and identify new targets for treatments in ‘Battling cancer with data science’. Meanwhile, Dr Peter Maccallum from Cancer Research UK Cambridge Institute, discusses the challenges of storing and processing the terabytes of data produced every week, more than was previously generated in a decade in the event ‘Big data from small sources: computing demands in molecular and cell biology’.

Speaking ahead of this year’s Science Festival, Coordinator, Dr Lucinda Spokes said, “Using the theme of big data and knowledge, we are addressing important questions about the kinds of technology that affects, or will affect, not only every aspect of science, from astronomy to zoology, but every area of our lives; health, work, relationships and even what we think we know.

“Through a vast range of debates, talks, demonstrations and performances, some of the most crucial issues of our time and uncertainties about our future as a species will be explored during these packed two weeks.”

The full programme also includes events on neuroscience, healthcare, sports science, psychology, zoology and an adults-only hands-on session amongst many others.

Since its launch in 1994, the Cambridge Science Festival has inspired thousands of young researchers and visitor numbers continues to rise; last year, the Festival attracted well over 45,000 visitors. The Festival, one of the largest and most respected, brings science, technology, engineering, maths and medicine to an audience of all ages through demonstrations, talks, performances and debates. It draws together a diverse range of independent organisations in addition to many University departments, centres and museums. 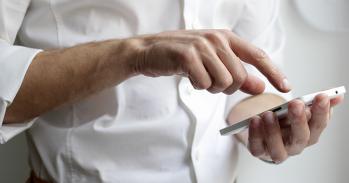 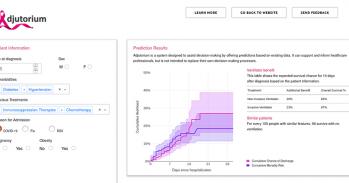