Out of the ashes of Empire

The new identities and ideologies that emerged in East Asia after the fall of Japan’s Empire have rarely been studied. Now, as the region again becomes a major theatre in world politics, a new project aims to tell that history from the inside.

Barack Obama’s resolution to kick off foreign policy for his second term with a tour of the Asia-Pacific region, at the end of 2012, was testimony not only to that area’s growing economic importance, but also to the  increasing significance of its politics. East Asia, Southeast Asia and the disputed China Seas now comprise the theatre in which the world’s two superpowers meet. In the eyes of many, it is there that key decisions about supremacy, ideology – perhaps world politics as a whole – will, in future years, be made.

In the West, China’s rise is the subject of constant media analysis and it has almost become de rigueur to ask ourselves how well we really understand this new giant of the world stage. But as America begins to ‘pivot’ eastwards, by striking deals with China’s neighbours, perhaps it is as important to question how much we understand East Asia as a whole. Do we really know what drives the world view of South Korea, or Taiwan, for example? And given the growing importance of that theatre, how effective is our grasp of how these countries view one another?

Historically, the emergence (and re-emergence) of these nations after World War II is a surprisingly neglected topic. Many people are only vaguely aware that, until 1945, many parts of China, along with Taiwan, the Koreas and sections of Indochina, were at various times part of an expanding Japanese Empire that began in 1895. At its height, in 1942, this territory spanned 2.8 million square miles. Yet when two atomic bombs effectively ended the war in August 1945, the entire Empire disappeared, almost overnight.

In the wake of this collapse, new political entities appeared, but it was not always clear what the extent of their power was, or who managed which territory. “Before the Japanese Empire, nation states had not existed in East Asia the same way they had in Europe,” said Dr Barak Kushner, an historian based at the Department of East Asian Studies. The next decades would see millions of lives lost as competing forces sought to stamp their authority on parts of Japan’s former Imperial domain, with bitter conflicts in China, Korea, Southeast Asia, and spilling into Indochina, which later developed into the longer Vietnam War.

Post-war East Asian identities formed, then, not in the context of China’s rise, but Japan’s retreat. Historians, meanwhile, have tended to investigate this story from America’s viewpoint, not least because they lacked access to many first-hand sources that could tell the tale from an Asian perspective. Now that is beginning to change. Recent years have witnessed the declassification of numerous government and private archives. Even China recently opened up many of its Ministry of Foreign Affairs records up to 1965. For researchers, this is a golden opportunity to examine and understand what motivated and inspired the emergent powers of East Asia as they came into being.

Kushner is the Principal Investigator for a major new project which, over five years, will attempt to research that issue. Funded by the European Research Council, its title is ‘The Dissolution of the Japanese Empire and the Struggle for Legitimacy in Postwar East Asia, 1945–1965’. Its main focus, however, will be the war crimes trials that took place in East Asia after the war, as the new administrations attempted to bring Japanese war criminals, and those people who were believed to have supported the Japanese regime, to justice.

The records of those trials offer a perhaps unrivalled view of how political and legal authority was brokered. As these countries stepped out of the Imperial shadow, the trials became statements of whom they believed themselves to be as Chinese, Korean, or Taiwanese citizens, rather than subordinates of Japan.

This was not simply a matter of enfranchising former Imperial subjects, however. Ethnicity, let alone loyalty, in East Asia was exceptionally blurred. Millions of Japan’s own people remained in both Asia and the western Pacific. Their own stricken government did not want them back and many wanted to stay. In some countries, like China, where Chiang Kai-shek actively courted the Japanese to help him in the civil war, their expertise was still much in demand. Elsewhere, people who had for decades lived as Imperial subjects were, in the space of a few weeks, expected to abandon that way of life and all its symbols for something more ‘indigenous’. Many, not surprisingly, struggled to understand what that meant. Identity was flexible to say the least.

Against that backdrop, the trials began. “The business of identifying who was in power and how a break with the past was to be achieved all came out in the trials,” Kushner said. “They were platforms from which the new authorities could make a statement about their emergent identities. That was not an issue that the Americans, conducting trials in Japan itself, had to worry about; for them identity was a moot point.”

For this reason, the project will not look at the US-backed ‘Tokyo Trial’ that arraigned the ‘Class A’ war criminals who had prosecuted Japan’s war. Instead, it will focus on 5,700 class B/C criminals who were tried around East Asia. These were people who had allegedly committed crimes on the ground – rape, murder, illegal incarceration, the abuse of POWs, or general ‘crimes against humanity’. Tens of thousands more were tried for treason and collaboration. In both cases, the penalty, if found guilty, was often death.

The process varied across the region. In China, 30,000 people were charged from 1945–1947 and 15,000 convicted for treason alone. Such was the zeal of the Kuomintang that in the end evidence collection was capped because the courts could not cope, and the government was more concerned about the civil war with the Communists.

In Korea, by contrast, tensions along the 38th parallel induced the southern administration to ignore collaborators altogether, and set about trying Communists from the start. In Taiwan, even identifying collaborators was coloured by the trials’ function as a stage for the Chinese Nationalists as they sought legitimacy.

Kushner believes that as this process went on, over almost 20 years, 1945 became less significant as a marker for the war’s end and the dawn of a new age. As well as the trials themselves, media coverage, films, literature, monuments and memorials reinforced specific views of what had happened under the Japanese as these cultural responses emerged from the judicial process. And in Japan itself, many people adopted the stance of part-chastened aggressors and part-victims of deeply partial tribunals, in what Kushner calls a “discordant swirl of public opinion.” Little wonder that he anticipates the project will lead not only to a powerful retelling of this chapter in East Asian history, but “policy-relevant findings regarding Asian regionalism” as well.

One reason that ideology and identity during this period remain understudied is that many historians have, understandably, focused on the details of war crimes themselves rather than on the subsequent trials. Accounts of the latter have also tended to dwell on specific and personal aspects of the process, such as individual memoirs, or localised grudge-matches that played out during the hearings. Kushner hopes to move beyond this, arguing that while personal recollections are important in the historical record, the legal process was an expression of broader, large-scale ambitions that offer a genuinely transnational perspective on East Asia after the war. “The war crimes trials are the point at which the precedents for public attitudes thereafter are set up,” he added. “They provide a written record on which a number of post-war policies about authority would be based. The time is now ripe to investigate them, and start a new historical assessment from the inside.” 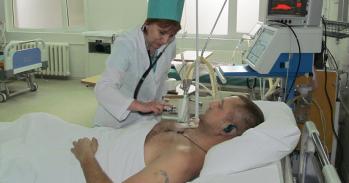 Cartoon produced as state propaganda in China during the 1950s