Multilingualism is the norm in India. But rather than enjoying the cognitive and learning advantages seen in multilingual children in the Global North, Indian children show low levels of learning basic school skills. Professor Ianthi Tsimpli is trying to disentangle the causes of this paradox.

The crowded and bustling streets of Delhi teem with life. Stop to listen and, above the din of rickshaws, taxis and buses, you’ll hear a multitude of languages, as more than 20 million men, women and children go about their daily lives.

Many were born and raised there, and many millions more have made India’s capital their home, having moved from surrounding neighbourhoods, cities and states or across the country, often in search of a better job, a better home and a better life.

Some arrive speaking fluent Hindi, the dominant language in Delhi (and the official language of government), but many arrive speaking any number of India’s 22 officially recognised languages, let alone the hundreds of regional and tribal languages in a country of more than 1.3 billion people.

Around 950 miles south of Delhi lies Hyderabad, where more than 70% of its seven million people speak Telugu. Meanwhile, in Bihar, in the northeast of India, Urdu has replaced Hindi as the dominant language across this poor and populous state of more than 100 million people.

What links Delhi, Hyderabad and Bihar is a four-year project, Multilingualism and multiliteracy: raising learning outcomes in challenging contexts in primary schools across India, funded by the Economic and Social Research Council and the Department for International Development. Led by Professor Ianthi Tsimpli, from the Department of Theoretical and Applied Linguistics, the project involves Dr Dénes Szucs from the Department of Psychology, plus researchers from the University of Reading and project partners in Karnataka, Hyderabad and New Delhi.

The overriding aim of the project is to find out why in a country where multilingualism is so common (more than 255 million people in India speak at least two languages, and nearly 90 million speak three or more languages), the benefits and advantages of speaking more than one language, observed in Europe for instance, do not apply to many of India’s schoolchildren.

For Tsimpli, the answers to this conundrum may lie within the dataset she and her colleagues are compiling with the help of more than 1,000 primary-age schoolchildren across Delhi, Hyderabad and Bihar.

“Each year across India, 600,000 children are tested, and year after year more than half of children in Standard 5 [ten-year-olds] cannot read a Standard 2 [seven-year-olds] task fluently, and nearly half of them could not solve a Standard 2 subtraction task,” says Tsimpli, who co-leads Cambridge Language Sciences, the University’s Interdisciplinary Research Centre that brings together researchers from different fields to tackle ‘grand challenges’ where language is a factor.

“Low literacy and numeracy limit other important capabilities, including critical thinking and problem solving. Low educational achievement can lead to many dropping out of school – a problem disproportionately affecting female students. And the gap between state schools and private schools increases every year.”

She and colleagues are looking at whether these low learning outcomes could be a by-product of an Indian school system whereby the language that children are taught in often differs from the language used at home.

“We are looking at eight to 11-year-old schoolchildren in rural and urban areas,” she explains. “Within those urban areas we make the distinction between boys and girls living in slum and non-slum areas.

“Many children are internal migrants who move from remote, rural areas to urban areas. They are so poor they have to live in slums and, as a result of migration, these children may speak languages that are different to the regional language.

“By looking at the mismatch between home and school languages, and by using tests and other socio-economic and educational variables, we try to find out whether these children are advantaged or disadvantaged in literacy, numeracy, mathematical reasoning, problem solving and cognitive skills.”

Two years into the four-year project, the team has discovered considerable variation in the provision of education across government schools in the three areas, with different teaching practices and standards.

Having tested all 1,000 children, they will now embark on retesting them, looking not only at test results, but also allowing for other variables such as the standard of schooling, the environment and the teaching practices themselves. It’s possible that one of the causes of low performance is the lack of pupil-centred teaching methods; instead, the teacher dominates and there is little room for independent learning.

Although the findings are at a preliminary stage, Tsimpli and her team have found that the medium of instruction used in schools, especially English, may hold back those children who have little familiarity with, or exposure to,the language before starting school and outside of school life.

“Most of the evidence from this and other projects shows that English instruction in very disadvantaged areas might not be the best way to start, at least in the first three years [Standards 1 to 3] of primary,” says Tsimpli.

“What we would recommend for everyone, not just low socio-economic status children, would be to start learning in the language they feel comfortable learning in. The medium of instruction should reflect the strengths of the child. When it does, that child will learn better. English can still be used, but perhaps not as the medium of instruction in primary schools. It could, for example, be one of the subjects that are being taught alongside other subjects, starting perhaps from the third year of primary school.

“We are not suggesting that English be withdrawn – that ship has sailed – but we perhaps have to think more about learner needs. There is perhaps too much uniformity in teaching and less tailoring to the children’s language abilities and needs.”

This unexpected finding may be down to the life experiences of children growing up in slums, where they are likely to mature faster and come into closer contact with the numeracy skills essential for day-to-day survival.

Tsimpli adds that, despite the project only being at its midpoint, it has already caught the attention of government ministers, including Delhi’s Minister for Education, who is keen to use their findings to inform and adjust school policy in India’s capital city and the wider state.

“Delhi may be keen to adopt root-and-branch reform if our findings support it,” explains Tsimpli. “They are as keen as us to understand how the challenging context of deprivation can be attenuated when focusing on the languages children learn and use while at school.

“Our findings don’t mean that you’re doomed if you’re poor. It may be that these low learning outcomes are because of the way education is provided in India, with a huge focus on Hindi and English as the mediums of instruction, to the potential detriment of children unfamiliar with those languages.

“Language is central to the way knowledge is transferred – so the medium of instruction is obviously hugely influential. We hope to be able to show that problem solving, numeracy and literacy can and do improve in children who are educated in a language of instruction that they know. The trick may be to bridge school skills with life skills and make use of the richness of a child’s life experience to help them learn in the most effective ways possible.”

Read more about our research on the topic of children in the University's research magazine; download a pdf; view on Issuu. 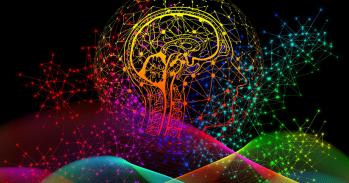 One of the partner schools