From humble beginnings, Islamic finance is now a trillion dollar industry and growing at a rate some in the West find alarming. A new analysis suggests it can be accommodated by the existing global financial system for everyone’s benefit.

Both the Islamic and conventional global finance have strengths and weaknesses. The challenge now is to harness them both to the benefit of humankind.

A new assessment of the booming Islamic financial sector has suggested that it could help to create a fairer and more flexible global financial system, despite lingering scepticism about its viability in the West.

Once written off by western capitalists as “voodoo economics”, Islamic finance is now in a state of rapid growth and has become a trillion (US) dollar industry, which is attracting the attention of many American and European investors.

Yet it is also still widely questioned by western economists who remain doubtful that Islamic finance can really work on a global scale, alongside more conventional approaches to banking and finance.

Some of its underlying precepts – in particular the fact that interest is strictly forbidden – mean that many experts still see Islamic banking as impracticable at best, and a threat to the stability of Western economies at worst.

Now a new analysis, published by the University of Cambridge’s Centre for Business Research, argues that an accommodation between the two would not only be possible, but desirable. The working paper is written by Andrew Sheng, President of the Fung Global Institute in Hong Kong, and Professor Ajit Singh, University of Cambridge.

It argues that if both the Islamic and western approaches can co-exist, the resulting financial system globally would be far more flexible and capable of meeting a far wider range of worldwide needs. It also hints that this would lead to more benefits for developing countries and in some cases provide large-scale environmental initiatives with a firmer financial footing.

“There are areas where access to finance is widening which will benefit from Islamic finance because of the ethical basis of the funding it provides,” Singh said. “On the other hand, conventional finance, which relies on the use of interest rates and debt, is likely to offer faster, but more unstable growth.”

“Our paper suggests that both the Islamic and conventional global finance have strengths and weaknesses. The challenge now is to harness them both to the benefit of humankind.”

Despite humble beginnings, the Islamic financial sector is rapidly becoming a global force. Leading western banks such as HSBC, Goldman Sachs and Credit Agricole are either considering entering, or have entered, the Islamic bond market. Major international financial centres, such as London, Hong Kong and Singapore, have also passed tax laws to facilitate Islamic banking.

Elsewhere, however, it is still met with suspicion and even fear. South Korea and some states in the US have passed legislation designed to stop Islamic finance spreading into their own territories. Others still question the compatibility of its zero-interest rate basis with western markets.

Sheng and Singh point out that the zero-interest approach means that Islamic finance is equity-based, rather than debt-based. Instead of lending money in the expectation of interest, lenders do so in the expectation of a higher return on their capital as a result of profits and growth. Savers with Islamic banks are, similarly, not offered interest but simply an expected rate of return.

The paper argues that this does not make Islamic finance weaker, but a viable alternative to western, debt-based finance because it has more inherent stability. Critically, it also matches one of the main ideas forwarded by the pioneering economist, John Maynard Keynes, who advocated low or zero interest as the only stable means of ensuring continuous full employment.

This theory has been borne out by recent history in certain parts of the world. The economic growth of East Asia in recent decades appears to have been the result of interest rates having been kept low. Ironically, the zero-interest policy once ridiculed by western thinkers is now being used in many cases as a component of quantitative easing following the 2008 crash.

The paper points out that the gains to be made from low interest are, in most cases, comparable to the capital gains likely to emerge from Islamic finance with its equity-based approach. Given the greater stability of Islamic funding, however, the system could be more attractive in some parts of the world – for example in developing countries looking to set up cheap banking for the poor, or in support of large-scale environmental projects.

Sheng and Singh also address the argument that the strong ethical basis of Islamic finance puts tight constraints on “moral hazard” – the practice of taking undue risks when borrowing and lending because the costs can always be shifted to another party.

In practice, their paper points out that this strict moral code only works as well as the regulatory system in which it exists. Islamic finance actively presumes that people are not inherently selfish, which not only renders it vulnerable to ethical abuse, but puts pressure on financial regulators to make it work.

This approach, however, also provides a marked contrast with the Western financial system which failed so spectacularly in 2008 precisely because of the fact that it accommodated such risk-taking. The study argues that both financial systems are ultimately reliant on the power of external structures to manage risk and regulate the sector, as well as the power of the courts.

The assessment concludes that in spite of its differences, Islamic finance provides a set of tools that can not only co-exist with the West, but could enable an effective re-thinking of financial problems around the world.

“As the Islamic world grows in stature and influence, Islamic finance will become a formidable competitor to the current system,” Singh added. “Conflict, however, is not inevitable. The challenge facing both systems is their ability to work together constructively to meet people’s varying needs for different types of finance.”

The working paper, Islamic Finance: Conceptual and analytical Issues from the perspective of conventional economics, will be published by the Cambridge Centre for Business Research on Wednesday, April 25, 2012, via the website: http://www.cbr.cam.ac.uk 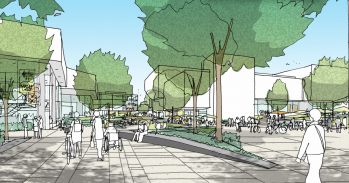