Why does one violin sound different to another? Investigating this question has brought together researchers from music, engineering, experimental psychology and computer science.

The aim is to provide researchers, violin-makers and repairers with an evidence-based means of assessing what it is necessary to adjust on a violin to achieve improved sound.

Violins crafted 300 years ago by the master violin-maker Antonio Stradivari sell for millions of pounds on the rare occasion they reach auction; what is it about their quality of sound that makes them prized above all others? Indeed, is their sound actually discernibly different? Any experienced violinist knows that some violins respond to their bow better than others: what determines which violins are difficult and which are easy to play? Questions such as these have fascinated musicians and scientists since the 19th century.

To get to the heart of the riddle there is an added complication: sound is in the ‘ear of the beholder’. In fact, although much is now known about the acoustics of the violin, and how this is influenced by the way it is made, virtually nothing is known about how human capacities for perceiving, discriminating and judging violin sounds match up to their acoustical features. This is a very significant gap, as perceptual judgements obviously define what makes a violin different from, say, a cello, just as it makes one violin different from another, for listeners, performers and violin-makers alike.

A three-year project funded by the Leverhulme Trust that is reaching completion at the University of Cambridge has been intent on filling this gap. The approach has involved collaboration between four departments – Professor Jim Woodhouse from the Department of Engineering, Dr Claudia Fritz and Dr Ian Cross from the Faculty of Music, Professor Brian Moore from the Department of Experimental Psychology and Dr Alan Blackwell from the Computer Laboratory.

The tone, pitch and loudness of a violin are the product of many components: drawing a bow across tightly stretched violin strings forces them into complex harmonic vibration; a significant fraction of this acoustical energy is transmitted, via a structure called the bridge, into the violin body. Here, the sound is amplified by the vibration of the wooden box and the air inside it.

The team’s approach relies on the fact that the acoustical behaviours of the strings and the violin body can be treated separately, and that it is the latter that distinguishes different violins. In fact, on its own, a string makes hardly any sound and the acoustical behaviour is much the same from one instrument to another. The main acoustical feature that ‘colours’ the sound in ways that are unique for each violin is the way in which the violin body responds to the different frequencies input from the bridge and radiated from the body. This characteristic transformation is known as the violin’s ‘frequency response characteristic’.

The first stage of the project was to create a ‘virtual violin’. To carry out any comparative study of musical instruments it is important to rule out variations caused by the player. Instead of achieving this by using a robotic violinist that repeats the same piece on a variety of real violins, in this project the tests themselves are virtual.

Sensors on a violin bridge record the string waveforms arising as a player performs normally. The recordings are stored as standard force functions, which can then be applied to different violins to hear how they sound without having to worry about any complications caused by variations in playing. So, by ‘playing’ these recordings through computer models of different violins’ frequency response characteristics using digital filters, a prediction of the sound of the violin can be created. This makes it possible to ‘play’ exactly the same performance on different ‘virtual violins’. The frequency response characteristics can be derived from empirical measurements made on a range of real violins.

The psychoacoustics of the violin

Once the violin response is represented in digital filter form, it becomes very easy to make controlled variations of a kind that would be almost impossible to achieve by physical changes to a violin. This gave the researchers an opportunity to focus on what features of violins’ response characteristics determine how listeners discriminate between different violins. In particular, the psychoacoustical experiments looked at just-noticeable differences of alterations made to the acoustical response characteristics of two violins: an excellent violin made by David Rubio and a mass-produced student violin that was informally rated as low quality. Psychoacoustical test methods can be used to find the threshold for detection of any particular change, and also to obtain statistically significant data on quality judgements made by the listeners.

Using groups of listeners that spanned expert string players, expert non-string-playing musicians and non-musicians, it was found for both instruments that the alteration of individual low-frequency resonances needs to be fairly large in order to be perceptible. Even for the listeners who were expert players, a resonance needed to be shifted (in terms of frequency) by about a semitone to be perceptibly different. However, if several resonances are shifted simultaneously, a smaller shift becomes audible.

The sound of an instrument is not just about pitch and resonance but is also about a somewhat elusive quality known as timbre. It is, in effect, the richness of the sound. Similar to the manner in which a wine taster conveys the flavour and aroma of a fine wine, there are many different descriptors for the timbre of an instrument: from ‘warm’, ‘sonorous’, ‘clean’ and ‘free’, to ‘unbalanced’, ‘heavy’, ‘dull’ and ‘dead’. In fact, a data-mining exercise from The Strad, a classical music magazine covering string instruments, came up with a list of 61 words that are commonly used by players, critics, makers and listeners to describe the quality of the sound.

This list of descriptors was used as the basis for a series of experiments in which players located the words in two-dimensional spaces, the results being analysed by multidimensional scaling methods (MDS) to produce maps of families of terms. Some relevant descriptors can therefore be selected on the basis of their distribution in the MDS spaces. This is now allowing the team to test timbre in a more methodical way than has been possible before, asking questions such as: does an increase of amplitude in the frequency range between 650 Hz and 1300 Hz really make the violin sound more ‘nasal’?

Probing the mysteries of music

The aim is to provide researchers, violin-makers and repairers with an evidence-based means of assessing what it is necessary to adjust on a violin to achieve improved sound. This rigorous analysis of descriptors and their relations will not only be useful to specialists in discussions with performers, but will also have pedagogical value and might lead to new ways for composers and arrangers to annotate musical scores. Perhaps one day, when describing how one violin sounds different to another, we will be able to say exactly why.

For more information, please contact the author Dr Claudia Fritz (cf291@cam.ac.uk) at the Faculty of Music. 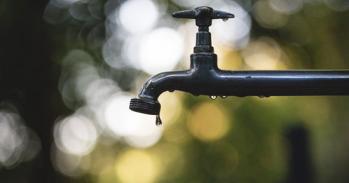 What causes the sound of a dripping tap – and how do you stop it?