New study identifies four strategies and two key methods for scaling up social businesses in developing countries in order to meet the unmet needs of more than four billion people.

Social businesses have enormous potential to provide important services to billions of people around the world – but they need to scale up in order to meet these needs.

Social businesses – those with a socially beneficial objective – can play an important role in developing countries in addressing needs such as healthcare, energy, education and sanitation, but such businesses have faced a difficult time scaling up to significant size and reach.

A new study by researchers from Cambridge University has identified four key strategies and two methods for social businesses to scale up, which could help them reach many more of the four billion people in developing countries who could benefit from the services of such businesses.

Meeting these needs through affordable and sustainable solutions offers businesses a vast opportunity for future growth. As developing markets emerge from low-income to middle-income status, their development offers businesses the potential to make profits while also delivering significant social impact.

The study, published in the Journal of Cleaner Production, identifies market penetration, market development, product development and diversification as the four key growth strategies at different stages of business maturity for social businesses. In parallel, the study found two ways of increasing income generated through these four strategies – increasing revenue per stream and diversifying revenue streams.

Previous studies in this area had focused on scaling up conventional for-profit businesses and NGOs, but there had been little research on scaling up profit-generating social businesses.

Social businesses have had difficulty scaling up in developing countries due to a lack of infrastructure such as roads and electricity, coupled with a lack of clear property rights and well-functioning courts. On a more encouraging note, new technology such as mobile phones and new business structures such as public-private partnerships now make it easier for such businesses to find ways to reach new consumers.

“Social businesses have enormous potential to provide important services to billions of people around the world – but they need to scale up in order to meet these needs,” said study co-author Professor Jaideep Pradhu from Cambridge Judge Business School. “This study is a first step to greater understanding in this area, but we need a lot more work to support the development and growth of such businesses.”

BRAC, one of the world’s largest NGOs, serving 135 million people in 11 countries in areas ranging from nutrition and sanitation to microfinance, uses “replication and diffusion” as a key to its successful efforts to scale up. To reach people in dispersed regions, for example, BRAC used village societies and village intermediaries to train people, testing solutions in local communities and improving them before expanding to larger communities.

Amul Dairy, an Indian co-operative of three million milk producers, began to scale up by increasing the number of milk producers in the state of Gujurat followed by establishment of a processing plant to produce dairy products from excess milk. A partnership with the government then helped Amul to expand across India and into other countries.

All three companies used almost all the different scaling-up methods at one point in their development, suggesting that all strategies are important to achieve scale and that companies need to mix and match different strategies.

Based on the case studies, companies with a clear single purpose (Aravind and Amul) might start with ‘simpler’ strategies such as market penetration, while companies like BRAC with broader goals will need a more diverse approach. 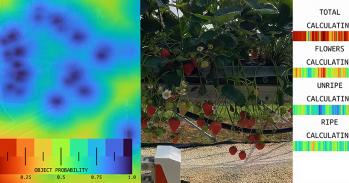