Studies raise questions over how epigenetic information is inherited

Evidence has been building in recent years that our diet, our habits or traumatic experiences can have consequences for the health of our children – and even our grandchildren. The explanation that has gained most currency for how this occurs is so-called ‘epigenetic inheritance’ – patterns of chemical ‘marks’ on or around our DNA that are hypothesised to be passed down the generations. But new research from the University of Cambridge suggests that this mechanism of non-genetic inheritance is likely to be very rare.

There’s been a lot of excitement and hype surrounding the extent to which our epigenetic information is passed on to subsequent generations, but our work suggests that it’s not as pervasive as was previously thought

A second study, also from Cambridge, suggests, however, that one way that environmental effects are passed on may in fact be through molecules produced from the DNA known as RNA that are found in a father’s sperm.

The mechanism by which we inherit innate characteristics from our parents is well understood: we inherit half of our genes from our mother and half from our father. However, the mechanism whereby a ‘memory’ of the parent’s environment and behaviour might be passed down through the generations is not understood.

Epigenetic inheritance has proved a compelling and popular explanation. The human genome is made up of DNA – our genetic blueprint. But our genome is complemented by a number of ‘epigenomes’ that vary by cell type and developmental time point.  Epigenetic marks are attached to our DNA and dictate in part whether a gene is on or off, influencing the function of the gene. The best understood epigenetic modification is DNA methylation, which places a methyl group on one of the bases of DNA (the A, C, G or T that make up our genetic code).

One model in which DNA methylation is associated with epigenetic inheritance is a mouse mutant called Agouti Viable Yellow. The coat of this mouse can be completely yellow, completely brown, or a pattern of these two colours – yet, remarkably, despite their different coat colours, the mice are genetically identical.

The explanation of how this occurs lies with epigenetics. Next to one of the key genes for coat colour lies a section of genetic code known as a ‘transposable element’ – a small mobile DNA ‘cassette’ that is actually repeated many times in the mouse genome but here acts to regulate the coat colour gene.

As many of these transposable elements come from external sources – for example, from a virus’s genome – they could be dangerous to the host’s DNA. But organisms have evolved a way of controlling their movement through methylation, which is most often a silencing epigenetic mark.

A team led by Professor Anne Ferguson-Smith at Cambridge’s Department of Genetics set out to examine this phenomenon in more detail, asking whether similar variably-methylated transposable elements existed elsewhere that could influence a mouse’s traits, and whether the ‘memory’ of these methylation patterns could be passed from one generation to the next. Their results are published in the journal Cell.

Only around one in a hundred of these sequences were variably-methylated. Some of these are able to regulate nearby genes, whereas others may have the ability to regulate genes located further away in the genome in a long-range capacity.

When the team looked at the extent to which the methylation patterns on these regions could be passed down to subsequent generations, only one of the six regions they studied in detail showed evidence of epigenetic inheritance – and even then, the effect size was small. Furthermore, only methylation patterns from the mother, not the father, were passed on.

“One might have assumed that all the variably-methylated elements we identified would show memory of parental epigenetic state, as is observed for coat colour in Agouti Viable Yellow mice,” says Tessa Bertozzi, a PhD candidate and one of the study’s first authors. “There’s been a lot of excitement and hype surrounding the extent to which our epigenetic information is passed on to subsequent generations, but our work suggests that it’s not as pervasive as was previously thought.”

“In fact, what we showed was that methylation marks at these transposable elements are reprogrammed from one generation to the next,” adds Professor Ferguson-Smith. “There’s a mechanism that removes methylation from the vast majority of the genome and puts it back on again, once in the process of generating eggs and sperms and again before the fertilised egg implants into the uterus. How the methylation patterns at the regions we have identified get reconstructed after this genome-wide erasure is still somewhat of a mystery.

“We know there are some genes – imprinted genes for example– that do not get reprogrammed in this way in the early embryo. But these are exceptions, not the rule.”

Professor Ferguson-Smith says that there is evidence that some environmentally-induced information can somehow be passed down generations. For example, her studies in mice show that the offspring of a mother who is undernourished during pregnancy are at increased risk of type 2 diabetes and obesity – and their offspring will in turn go on to be obese and diabetic. Again, she showed that DNA methylation was not the culprit – so how does this occur?

Every sperm is scarred?

The answer may come from research at the Wellcome/Cancer Research UK Gurdon Institute, also at the University of Cambridge, in collaboration with the lab of Professor Isabelle Mansuy from the University of Zürich and Swiss Federal Institute of Technology. In a study carried out in mice and published in the journal Molecular Psychiatry, they report how the ‘memory’ of early life trauma can be passed down to the next generation via RNA molecules carried by sperm.

Dr Katharina Gapp from Erica Miska's lab at the Gurdon Institute and the Mansuy lab have previously shown that trauma in postnatal life increases the risk of behavioural and metabolic disorders not only in the directly exposed individuals but also in their subsequent offspring.

Now, the team has shown that the trauma can cause alterations in ‘long RNA’ (RNA molecules containing more than 200 nucleotides) in the father’s sperm and that these contribute to the inter-generational effect. This complements earlier research that found alterations in ‘short RNA’ molecules (with fewer than 200 nucleotides) in the sperm. RNA is a molecule that serves a number of functions, including, for some of the long versions called messenger RNA, ‘translating’ DNA code into functional proteins and regulating functions within cells.

Using a set of behavioural tests, the team showed that specific effects on the resulting offspring mediated by long RNA included risk-taking, increased insulin sensitivity and overeating, whereas small RNA conveyed the depressive-like behaviour of despair.

Dr Gapp said: "While other research groups have recently shown that small RNAs contribute to inheritance of the effects of chronic stress or changes in nutrition, our study indicates that long RNA can also contribute to transmitting some of the effects of early life trauma. We have added another piece to the puzzle for potential interventions in transfer of information down the generations." 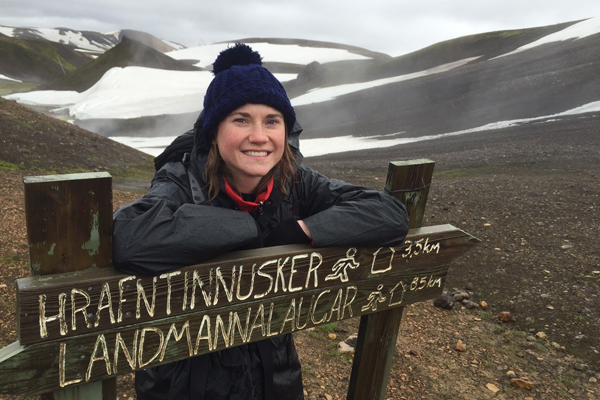 Epigenetics has become something of a buzzword in recent years. It is the study of chemical modifications to DNA that switch genes on and off without changing the underlying DNA sequence. But what particularly excites interest is the extent to which these modifications, which can be altered by our environment – our diet, our behaviour, for example – can be inherited alongside DNA.

“The unknowns far outweigh the knowns in the young field of epigenetics, which is part of what makes it such an exciting time,” explains Tessa Bertozzi, a PhD student in the lab of Professor Anne Ferguson-Smith at Cambridge.

Tessa grew up in Mexico before moving to Seattle, Washington and then to southern California. “I came across Anne’s research in one of my undergraduate courses and found it fascinating. I contacted her soon after that and four years later I’m a final-year PhD student in her lab at Cambridge!”

Professor Ferguson-Smith’s lab has recently identified regions of the mouse genome that show different methylation levels across genetically identical mice. Tessa focuses on the mechanisms underlying the reconstruction of this epigenetic variation across generations.

“I conduct breeding experiments with mice and use specialised sequencing technologies to look at their DNA methylation patterns. While I am often found at the bench or analysing data on my computer, I also spend time developing ideas at meetings, seminars, and conferences, as well as participating in outreach activities.”

Cambridge has been a hub for epigeneticists for a while now, she says. “It is very motivating to be surrounded by like-minded researchers eager to interact and collaborate. In fact, my PhD has relied heavily on a number of collaborations across Cambridge.

“The University attracts academics from all over the world, making it a vibrant international community of people with different backgrounds and experiences. I have met and interacted with incredibly interesting people over the years.” 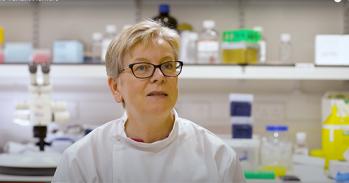 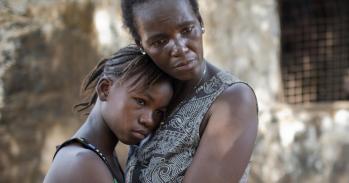