Sir Greg Winter, of the University of Cambridge, has been jointly awarded the 2018 Nobel Prize in Chemistry, along with Frances Arnold and George Smith, for his pioneering work in using phage display for the directed evolution of antibodies, with the aim of producing new pharmaceuticals.

It came as a bit of a shock, and I felt a bit numb for a while. It's almost like you're in a different universe.

Greg Winter on finding out about his Nobel Prize award

The first pharmaceutical based on this method, adalimumab, was approved in 2002 and is used for rheumatoid arthritis, psoriasis and inflammatory bowel diseases. Since then, phage display has produced antibodies that can neutralise toxins, counteract autoimmune diseases and cure metastatic cancer.

The Royal Swedish Academy of Sciences announced the 2018 Prize this morning with one half to Frances H. Arnold and the other half jointly to George P. Smith and Sir Gregory P. Winter.

The Nobel Assembly said: “The 2018 Nobel Laureates in Chemistry have taken control of evolution and used it for purposes that bring the greatest benefit to humankind. Enzymes produced through directed evolution are used to manufacture everything from biofuels to pharmaceuticals. Antibodies evolved using a method called phage display can combat autoimmune diseases and in some cases cure metastatic cancer.”

Winter, the Master of Trinity College, is a genetic engineer and is best known for his research and inventions relating to humanised and human therapeutic antibodies. Sir Gregory is a graduate of Trinity College and was a Senior Research Fellow before becoming Master.

His research career has been based almost entirely in Cambridge at the Medical Research Council’s Laboratory of Molecular Biology and the Centre for Protein Engineering, and during this time he also founded three Cambridge biotech companies based on his inventions: Cambridge Antibody Technology (acquired by AstraZeneca), Domantis (acquired by GlaxoSmithKline) and Bicycle Therapeutics.

Winter becomes the 107th Affiliate of Cambridge to be awarded a Nobel Prize. Born in 1951 in Leicester, Sir Greg studied Natural Sciences at Trinity College, Cambridge, and was awarded his PhD, also from Cambridge, in 1977.

"It came as a bit of a shock, and I felt a bit numb for a while. It's almost like you're in a different universe," said Winter, on hearing he had been jointly awarded the Prize.

"For a scientist, a Nobel Prize is the highest accolade you can get, and I'm so lucky because there are so many brilliant scientists and not enough Nobel Prizes to go around."

The University's Vice-Chancellor, Professor Stephen Toope, said: "I am thrilled to hear that Sir Greg Winter has been awarded this year’s Nobel Prize in Chemistry. Greg’s work has been vital in the development of new therapies for debilitating health conditions such as rheumatoid arthritis, and has led to breakthroughs in cancer care. These advances continue to transform the lives of people across the world.

"It gives me the greatest pleasure, on behalf of our community, to congratulate the University of Cambridge’s latest Nobel Prize winner.”

Patrick Maxwell, Regius Professor of Physic and Head of the School of Clinical Medicine at the University of Cambridge, said: “I am absolutely delighted that Sir Greg’s work has been recognised with a Nobel Prize. The work for which the prize is awarded was carried out on the Cambridge Biomedical Campus. It directly led to the power of monoclonal antibodies being harnessed for treatment of disease. His inventions really have produced silver bullets that have transformed the way medicine is practised.”

"He has applied his skills and imagination to the benefit of humankind to create, amongst other inventions, novel engineered antibodies that have formed the basis of a new pharmaceutical industry to treat disease and cancer. It is a thoroughly worthy Nobel Prize."

Professor Dame Carol Robinson, Royal Society of Chemistry president, said: “Today’s Nobel Prize in chemistry highlights the tremendous role of chemistry in contributing to many areas of our lives including pharmaceuticals, detergents, green catalysis and biofuels. It is a great advert for chemistry to have impact in so many areas.

“Directed evolution of enzymes and antibody technology are subjects that I have followed with keen interest; both are now transforming medicine. It would have been hard to predict the outcome of this research at the start – this speaks to the need for basic research.

“I am delighted to see these areas of chemistry recognised and congratulate all three Nobel Laureates.”

Frances H. Arnold, who also shared today's Prize, conducted the first directed evolution of enzymes, which are proteins that catalyse chemical reactions. Since then, she has refined the methods that are now routinely used to develop new catalysts. The uses of Frances Arnold’s enzymes include more environmentally friendly manufacturing of chemical substances, such as pharmaceuticals, and the production of renewable fuels for a greener transport sector.

In 1985, George Smith developed an elegant method known as phage display, where a bacteriophage – a virus that infects bacteria – can be used to evolve new proteins.

You can read more about the 2018 Nobel Prize in Chemistry here: https://www.nobelprize.org/uploads/2018/10/popular-chemistryprize2018.pdf

Born in 1951 in Leicester, Greg studied Natural Sciences at Trinity College, Cambridge, and completed a PhD in 1977 at the Laboratory of Molecular Biology (LMB), Cambridge, where he worked on the amino acid sequence of tryptophanyl tRNA synthetase from the bacterium Bacillus stearothemophilus. Greg continued to specialise in protein and nucleic acid sequencing through post-doctoral research at the LMB and became a Group Leader in 1981.

In the 1980s, Greg became interested in the idea that all antibodies have the same basic structure, with only small changes making them specific for one target. Previously, Georges Köhler and César Milstein had won the Nobel Prize for their work at the LMB in discovering a method to isolate and reproduce individual, or monoclonal, antibodies from among the multitude of antibody proteins the immune system makes to seek and destroy foreign invaders attacking the body. However, these monoclonal antibodies had limited application in human medicine, because mouse monoclonal antibodies are rapidly inactivated by the human immune response, which prevents them from providing long-term benefits.

Greg Winter then pioneered a technique to “humanise” mouse monoclonal antibodies – a technique that was used in the development of Campath-1H by Cambridge scientists. This antibody now looks promising for the treatment of multiple sclerosis. Humanised monoclonal antibodies form the majority of antibody-based drugs on the market today and include several blockbuster antibodies, such as Keytruda, which was developed by LifeArc, the Medical Research Council’s technology transfer organisation, and works with your immune system to help fight certain cancers.

Greg then went on to develop methods for making fully human antibodies. This technique was used in the development of Humira (also known as adalimumab) by Cambridge Antibody Technology, an MRC spin-out company founded by Greg. Humira, the first fully human monoclonal antibody drug, was launched in 2003 as a treatment for rheumatoid arthritis. Today, monoclonal antibodies account for a third of all new treatments. These include therapeutic products for breast cancer, leukaemia, asthma, psoriasis and transplant rejection, and dozens more that are in late-stage clinical trials.

Greg has been presented with many awards for his work, including the 2013 Gairdner Foundation International Award, the MRC’s 2013 Millennium Medal, and the Cancer Research Institute’s William B. Coley Award in 1999. He is a Fellow of the Royal Society and of the Academy of Medical Sciences, was Deputy Director of the LMB from 2006-2011, and acting Director 2007-2008. He has been Master of Trinity College, Cambridge since 2012, and received a Knighthood for services to Molecular Biology in 2004. 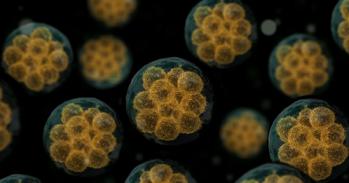 Synthetic organs, nanobots and DNA ‘scissors’: the future of medicine 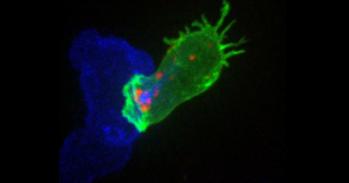 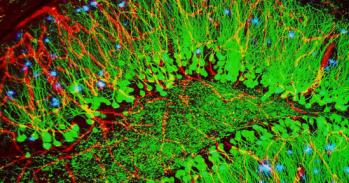 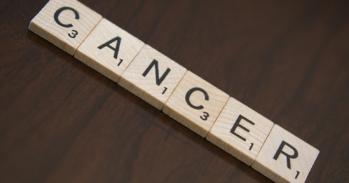