Robots and carbon targets may signal the end of globalisation

A new book suggests there is early evidence of a coming U-turn in the globalisation of manufacturing – and that the story we are told about the direction of the global economy is wrong.

Holding on to familiar stories about the global economy is not an option, as technological and political changes make a mockery of any past consensus

For decades we have been told that globalisation is an irresistible force. As Tony Blair said: “you might as well debate whether autumn follows summer.”

According to a new book by a Cambridge academic, however, factors ranging from automation and 3D printing to environmental regulations and customer expectations are now spelling the beginning of the end for globalised manufacturing.

Dr Finbarr Livesey, an expert in public policy, says that while digital globalisation continues apace, early signs can be seen of a sea change in the production and distribution of goods: with global supply chains shrinking as companies experiment with moving production closer to home.

In From Global to Local: the Making of Things and the End of Globalisation, published this week by Profile Books, he argues that many of the big assumptions we have about globalisation and outsourcing are now wrong, and that the global economy is subtly changing in ways yet to be picked up by blunt macroeconomic measurements.

“Holding on to familiar stories about the global economy is not an option, as technological and political changes make a mockery of any past consensus.”

However, he warns against falsely claiming such shifts as a victory for protectionism: the technologies allowing the return of production to high-cost economies are unlikely to mean the promised return of jobs.

Livesey also argues that if ‘deglobalisation’ is indeed coming down the line then Brexit may be a particularly bad move for UK manufacturing:

“Trying to reach over our neighbours in the name of ‘global Britain’ at a time when many companies are on the cusp of reverting to regionalism means that marginal calls for European manufacturing bases may go to France or the Czech Republic, for example, rather than the UK,” he says.

Leaders in both west and east have hitched their wagons to the apparent inevitability of globalisation over the past thirty years. Yet, as Livesey points out, regionalism never went away. A significant percentage of exports continue to land in the same area they originate: around 50% in Asia and North America, and as much as 70% in Europe.

In the book he draws attention to examples of what he believes to be “weak signals of early change” as major companies tentatively start to U-turn on globalisation.

The new Adidas ‘Speedfactory’ uses automation and 3D printing to produce high-end trainers – not in China or South Asia, but in Germany. “And we were told textiles were never coming back,” says Livesey.

The mighty General Electric recently rejuvenated a vast manufacturing “ghost town” in Kentucky when they realised appliances could be made for the same or cheaper in the US than in China.

Foxconn, the company that makes iPhone innards, raised eyebrows when they suggested robots could replace one million Chinese workers – and that production could even move to the US as a result.

Global supply chains cost companies time in an age of next-day delivery, and add risks of disruption – from cultural differences to natural disasters – and even intellectual property theft. They also take a heavy environmental toll: shipping alone produces a billion tonnes of carbon, roughly equal to that of Germany.

“Take Zara, one of the daughters of ‘fast fashion’,” says Livesey. “They have a cycle from design through to production and shop floor delivery of just four weeks. In some cases it would take almost that long just to ship product from China. The new ‘Belt and Road’ initiative may only reduce that to two weeks.

“Many companies can’t afford the time, not to mention the added risk, of freighting goods around the world. Zara base much of their production in Spain, Portugal and Morocco to be on Europe’s doorstep – an example of ‘nearshoring’.”

Ultimately, the journey from production to customer may be measured in metres rather than continents. For example, Harvard Bookstore’s ‘Espresso Book Machine’ uses information from digital files to print and bind new books in store on demand. 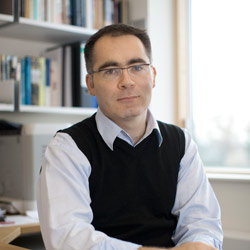 Livesey highlights the patents for mobile 3D printing filed by Amazon in 2015 as indicative of a hyper-local rather than hyper-global direction for production. “While not currently feasible, there may come a time when your purchased product is printed en route to your house.”

While he admits that the data from the last few decades can make his position seem Canute-like at the moment, Livesey argues that the tide is turning, with signals of new localism amid the noise.

A recent survey of over 500 companies found well over half were moving production away from China. One in six companies surveyed by the Engineering Employees Federation had moved production from a low-cost economy to the UK. The Korean government passed a ‘U-Turn’ law encouraging companies to return from China.

“Companies are deciding to have their production either in their home country or nearby. Automation is attacking the costs of labour and shifting the calculus for managers. Political forces are constraining the space for manufacturing, for example restricting emissions from transport. The early signs are there.”

Finbarr Livesey will be discussing his book and the future of globalisation at this year's Hay Festival. 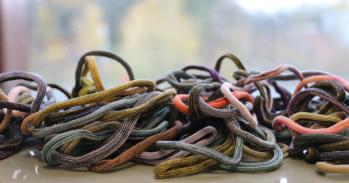 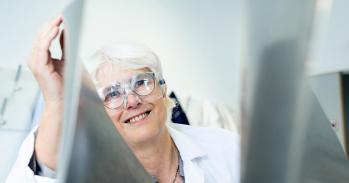 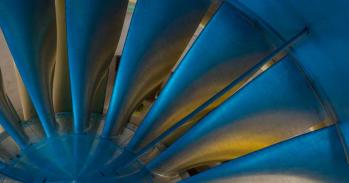