Policies aimed at removing sweets and crisps from checkouts could lead to a dramatic reduction in the amount of unhealthy food purchased to eat ‘on-the-go’ and a significant reduction in that purchased to take home, suggests new research led by the University of Cambridge.

The study, published in the journal PLOS Medicine, found that 76% fewer purchases of sugary confectionery, chocolate and potato crisps were bought and eaten ‘on-the-go’ from supermarkets with checkout food policies compared to those without. In addition, 17% fewer small packages of these items were bought and taken home from supermarkets immediately after introducing a checkout food policy.

Large supermarket chains such as Tesco, Asda and Sainsbury’s have captured the majority of the grocery market and play a major role in shaping food preferences and purchasing behaviour. Retail practices such as product displays, positioning, promotions and pricing can all influence consumers’ choices in stores.

Supermarket checkouts provide a unique location for prompting purchases as all customers have to pass through them to pay and may spend considerable time in queues; however, the majority of food at supermarket checkouts could be considered unhealthy. Over the last decade, many UK supermarket groups have made voluntary commitments to remove or limit unhealthy foods at the tills or to provide healthier options.

“Many snacks picked up at the checkout may be unplanned, impulse buys – and the options tend to be confectionery, chocolate or crisps,” says Dr Jean Adams from the Centre for Diet and Activity Research at the University of Cambridge. “Several supermarkets have now introduced policies to remove these items from their checkouts, and we wanted to know if this had any impact on people’s purchasing choices.”

To examine the effect that the introduction of checkout food policies in major supermarket chains has had on shoppers’ purchasing habits, Dr Adams led a team of researchers at the universities of Cambridge, Stirling and Newcastle who analysed data from the Kantar Worldpanel’s Consumer panel for food, beverages and household products. Six out of the nine major supermarkets introduced checkout food policies between 2013 and 2017. (The researchers anonymised the information to avoid ‘naming and shaming’ companies.)

Firstly, the team looked at how purchases of less healthy common checkout foods brought home changed following the implementation of checkout policies. They used data from over 30,000 UK households from 12 months before to 12 months after implementation.

The researchers found that implementation of a checkout food policy was associated with an immediate 17% reduction in purchases. After a year, shoppers were still purchasing over 15% fewer of the items compared to when no policy was in place.

Next, they looked at data from 7,500 shoppers who recorded food bought and eaten ‘on-the-go’ during 2016-17 from supermarkets with and without checkout food policies. On-the-go purchases are often impulsive and can be the result of children pestering their parents. The researchers found that shoppers made 76% fewer annual purchases of less healthy common checkout foods from supermarkets with checkout food policies compared to those without.

As the study was not a randomised control trial, it was not possible to say definitely that the changes in purchasing behaviour were due to the checkout food policies. Stores that chose to have checkout food policies may have been different from those that did not. Or shoppers may have changed to purchasing larger packages from the same stores, or similar products from stores that aren’t supermarkets.

“Our findings suggest that by removing sweets and crisps from the checkout, supermarkets can have a positive influence on the types of purchases their shoppers make,” says Dr Katrine Ejlerskov, the study’s first author. “This would be a relatively simple intervention with the potential to encourage healthier eating. Many of these purchases may have been impulse buys, so if the shopper doesn’t pick up a chocolate bar at the till, it may be one less chocolate bar that they consume.”

“It may seem obvious that removing unhealthy food options from the checkout would reduce the amount that people buy, but it is evidence such as this that helps build the case for government interventions to improve unhealthy behaviours,” adds Dr Adams.

“One such intervention might be to introduce nutritional standards for checkout food as suggested in the Government’s recent Childhood Obesity Plan. Such a government-led policy might prove attractive to supermarkets as it would provide a level playing field across the sector.” 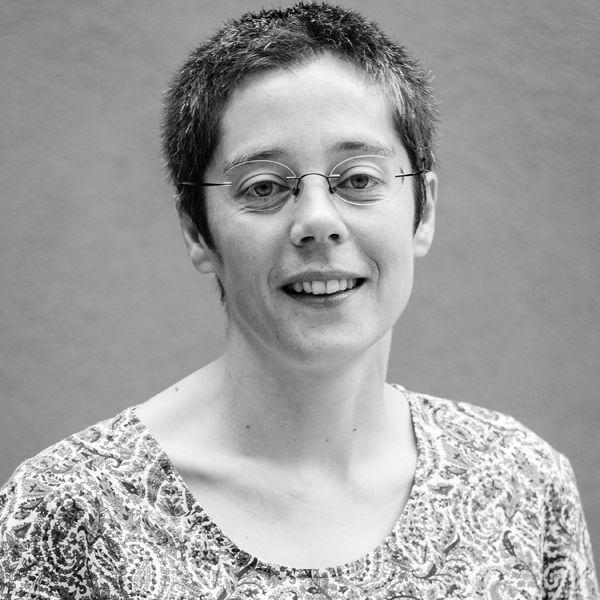 “Most people have a vague idea about what eating better involves – more fruit and veg, less fat and sugar – and they also often have an aspiration to eat better,” says Dr Jean Adams. “But they don’t always manage to put this aspiration into practice.”

Jean’s research group in the Centre for Diet and Activity Research (CEDAR) asks why this is the case – and what can be done about it. “We’re particularly interested in how we can provide environments that make it easier for everyone to eat better. This might involve making healthier foods more available, cheaper, attractive, or easier to prepare.”

Jean began her career studying medicine at Newcastle University, but admits she “never really enjoyed it”. But between her second and third year at medical school, she did a research year and realised this was where her passion lay. She went on to study for a PhD in public health and since then her career has involved public health research, rather than clinical medicine.

“I do a lot of talking and listening to people working in local and national government to understand what sorts of opportunities they feel are coming up and what research they would find helpful. In Cambridge we then try and focus on what the most rigorous and useful research we could do would be.”

Jean hopes that her research will lead to more people finding it easier to eat better. “Poor diet accounts for as much death and disease in the UK as tobacco smoking, so we are trying to address a major problem,” she says.

While she finds her work interesting and rewarding, she says research can be more prosaic than it is sometimes painted. “I have never had a Eureka moment and no-one’s ever slapped a sheaf of papers on my desk that explains everything! In my experience, research is more about grinding things out with a lot of refining and polishing leading to incremental accumulation of knowledge.”

Nor is it particularly glamorous: “The CEDAR offices are in a slightly dingy corner deep in the heart of Addenbrooke’s Hospital. We have a small meeting room with a big white board. Sometimes I think that whiteboard has been the key vehicle for almost all of the great research CEDAR has produced!”

But fortunately, it can be both enjoyable and exhilarating. “My favourite meetings are the ones where we talk about ideas and share our brain power to arrive at new insights. I particularly enjoy when someone makes me see an old problem in a new way, or helps me crystallise some vague ideas that have been bubbling in my head for a while.

“We also try not to take ourselves too seriously and have a lot of fun along the way.”