Increased levels of stress hormones can lead pregnant mice to overeat, but affect growth of the foetus and, potentially, the long term health of the offspring, according to a study published today.

The foetuses of the mice with raised levels of the stress hormone tended to be smaller, despite the mother overeating, suggesting that a mother’s stress levels may affect her child’s growth

In the Journal of Physiology, researchers at the Department of Physiology, Development and Neuroscience at the University of Cambridge examine whether levels of the stress hormones known as glucocorticoids can influence the supply of glucose from mother to foetus. Glucocorticoids are important in regulating metabolism in adults as well as in the foetus. Levels of the hormone are raised by stress related to the physical or social environment, disease or pregnancy.

Pregnant mice received the natural glucocorticoid corticosterone at different times during pregnancy via their drinking water, either from days 11 to 16, days 14-19, or not at all; pregnancy in mice lasts 21 days and the days on which corticosterone was given corresponds to different developmental phases of the placenta. This treatment was designed to produce glucocorticoid levels in the mother similar to those seen in stressful conditions. The animals were either allowed to eat freely or their food intake limited to that of normal, untreated mice. The researchers then measured the amount of glucose crossing the placenta, the organ that supplies all of the substances required for foetal growth, in a specific period of time.

The researchers found that when corticosterone was given later in pregnancy and the mice allowed to eat freely, the mother ate more but her placenta was less able to transport glucose to the foetus, leading to a decrease in the size of the foetus. This effect was not seen when the hormone was administered earlier in pregnancy or when the diet was restricted. They believe this may be because, under stress and with an unlimited diet, the activity of certain genes in the placenta was modified, including that of the gene Redd1. This gene is believed to signal availability of other substances, like oxygen, and to interact with intracellular pathways regulating growth and nutrient uptake in other tissues of the body. The team believe that future studies may prove this molecule is important in the placenta in linking environmental effects to the nutrition of the foetus.

Together with previous work, the findings show that maternal glucocorticoids regulate foetal nutrition by acting on the placenta. The researchers believe that glucocorticoid levels in pregnant women may therefore determine the specific combination of nutrients received by the foetus and influence the long term metabolic health of their children as a result.

Dr Owen Vaughan from the University of Cambridge says: “The foetuses of the mice with raised levels of the stress hormone tended to be smaller, despite the mother overeating, suggesting that a mother’s stress levels may affect her child’s growth. We showed that this is likely to be because the stress hormone reduced the ability of the placenta to pass essential nutrients to the foetus.”

The researchers believe this study may have implications for women stressed during pregnancy or treated clinically with glucocorticoids, if the mechanisms are similar in humans, though it is unclear yet the extent to which changes in the ability of the placenta to transport nutrients to the foetus exacerbate or protect the child from the potential adverse effects of glucocorticoid overexposure during pregnancy. Nor is it clear whether maternal diet influences the outcome of glucocorticoid overexposure during human pregnancy.

Professor Abby Fowden, who led the research, adds: “It may be that by changing her diet, a mother can counter the effects of stress hormones on the human placenta. In other words, a mother’s ‘hormonal profile’ may dictate the most appropriate diet for a successful outcome of pregnancy. We need more research in this area before we can start giving such advice, however.”

(When) are you going to have children?

Set up for life 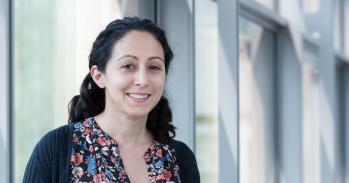 "Reproduction matters to us all": latest issue of Horizons magazine