When you’re prey, being able to spot and assess the threat posed by potential predators is of life-or-death importance. In a paper published today in Animal Behaviour, researchers from the University of Cambridge’s Department of Psychology show that wild jackdaws recognise individual human faces, and may be able to tell whether or not predators are looking directly at them.

Researchers Alex Thornton, now at the University of Exeter, and Gabrielle Davidson carried out the study with the wild jackdaw population in Madingley village on the outskirts of Cambridge. They found that the jackdaws were able to distinguish between two masks worn by the same researcher, and only responded defensively to the one they had previously seen accessing their nest box.

They also tended to be quicker to go inside the nest box when Davidson, wearing the mask, was looking directly at them rather than looking down at the ground. 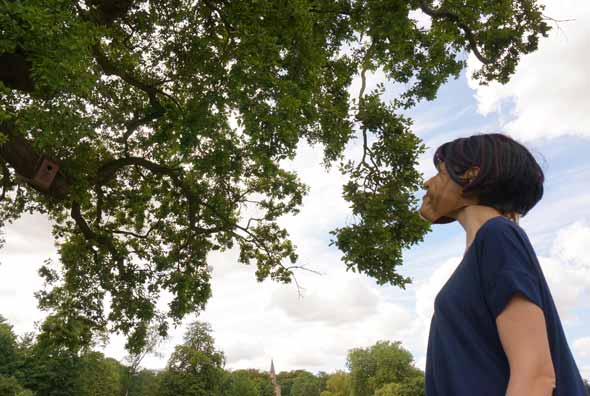 “The fact that they learn to recognise individual facial features or hair patterns so quickly, and to a lesser extent which direction people are looking in, provides great evidence of the flexible cognitive abilities of these birds,” says Davidson. “It also suggests that being able to recognise individual predators and the levels of threat they pose may be more important for guarding chicks than responding to the direction of the predator’s gaze.”

“Using the masks was important to make sure that the birds were not responding to my face, which they may have already seen approaching their nest boxes and weighing chicks in the past,” she adds.

Previous studies have found that crows, magpies and mockingbirds are similarly able to recognise individual people. However, most studies have involved birds in busier urban areas where they are likely to come into more frequent contact with humans. 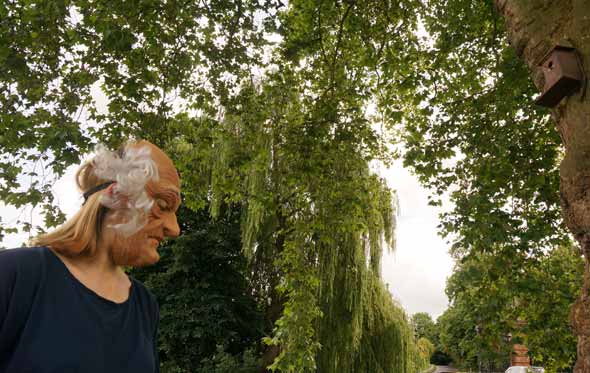 Jackdaws are the only corvids in the UK that use nest boxes so they provide a rare opportunity for researchers to study how birds respond to humans in the wild. Researchers at Cambridge have been studying the Madingley jackdaws since 2010.

“It would be fascinating to directly compare how these birds respond to humans in urban and rural areas to see whether the amount of human contact they experience has an impact on how they respond to people,” says Davidson.

“It would also be interesting to investigate whether jackdaws are similarly able to recognise individuals of other predator species – although this would be a lot harder to test.”