A 900,000-word eyewitness account of life in Restoration England, viewed as a “rival” to Pepys' diary but virtually forgotten since the 1700s, is being published for the first time.

The Entring Book has such an enormous scope that it tells us about far more than the politics of the time."

A 900,000-word eyewitness account of life in Restoration England, viewed as a “rival” to Pepys' diary but virtually forgotten since the 1700s, is being published for the first time.

An international team of academics, led by Dr Mark Goldie at Cambridge University, have spent seven years working on Roger Morrice's Entring Book, and even had to recruit a specialist code-breaker to crack the author's 17th-century shorthand.

Now the book, which is the longest and richest diary of public life in England during the later Stuart Age, is to appear on bookshop shelves for the first time. Spanning the years 1677 to 1691, it covers the latter part of Charles II's reign, the rule of James II and the "Glorious Revolution" of 1688 that heralded the start of English Parliamentary government.

Morrice, a Cambridge alumnus and former clergyman, was one of the country's best-connected political movers. Though parliamentary proceedings were supposed to be secret, his role as an "intelligencer" for the Puritan Whigs gave him unique access to information, opinions and gossip from the corridors of power - all of which he wrote down.

But unlike Pepys' diary, which became a feted resource for historians of the Restoration, Morrice's chronicle lay all-but forgotten in a London library for more than 300 years. Would-be researchers were thwarted by the fact that to protect it being read by the King's agents, the author had codified some 40,000 of his words.

The Morrice code was finally cracked for the Cambridge-led team by a 17th-century shorthand expert who was recruited to help with the decipherment. For the first time, book-lovers can now read the fully-transcribed text, which occupies more than 3,300 pages and six volumes.

"Morrice could have been arrested for sending newsletters and information around the country at the time," Dr Goldie said. "It's possible that he intended the Entring Book as the material for a history of his own times, or that it was a letterbook, recording correspondence for an unnamed recipient.

"He wrote in great detail and with meticulous regularity, and it may be that he was passing on all he knew to senior figures opposed to the rule of Charles II and James II."

Writing just 20 years after Pepys, Morrice - a convinced Puritan - depicted a darker England, thrown into a great crisis of "popery and arbitrary power". He himself was strongly anti-Catholic and anti-Tory, and was committed to the defence of the Protestant Church.

Where Pepys was full of optimism after the Restoration and during the early part of Charles II's reign, Morrice feared popish plots and the threat of a Catholic counter-reformation, as well as the power of the Stuart state and the established Church. He saw life under Charles II as excessively hedonistic, abandoning the morals of the previous Cromwellian regime.

In some of the book's more colourful passages, Morrice deals with:

• Frost fair on the Thames: The book was written during the mini ice age, when the Thames froze solid. Morrice reported on the roasting of an ox, bear-baiting and market stalls, all set up on the river.

• Jack Ketch, the notorious hangman: Morrice describes how the London sheriff refused to pay up when Ketch put in his latest expenses claim, for "quartering of traitors, boiling their bodies, &c."

• Fracas in the coffee house: An opponent of Prince William of Orange got into a fight at Will's Coffee House when he denounced the Prince and called the Princess "a baggage and a bitch".

• 17-year-old army deserter hanged: Morrice reports the pitying crowd at the courtroom calling upon the judge to spare him.

• Catholic chapels burned: As "popish" King James' regime collapsed, the London mob "took out of the mass chapels all the furniture and utensils and combustible materials" and set up great bonfires in the street.

• Terrorist suspect tortured: Soldiers were ordered to "keep him from sleeping, which they did without intermission for nine or 10 days, when he was ready to die… the balls of his eyes swollen as big as tennis balls… after that they tormented him by the thumbs."

"The Entring Book has such an enormous scope that it tells us about far more than the politics of the time," Dr Goldie added. "It also covers publishing, plays, business, military and religious matters. We hear about foreign affairs, public opinion, London life, gossip and rumour, plays and coffee houses, books and censorship."

The project was carried out by an international team of researchers, was based at the University of Cambridge's Faculty of History, and was funded mainly by the Arts and Humanities Research Council. Another key player was the Dr Williams' Library, London, which specialises in the history of Non-conformist English Churches, and has housed the precious manuscript since the 18th century.

The six-volume Entring Book, edited by Dr Mark Goldie and his collaborators, is available now from Boydell & Brewer Ltd. A one-volume paperback abridgement is currently being prepared. 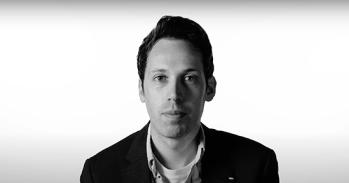