Bell Burnell is one of twelve former and current Cambridge researchers, including six women, to be recognised in 2021 for their exceptional research and outstanding contributions to science.

Dame Jocelyn has been honoured for her work on the discovery of pulsars in the 1960s while she was a postgraduate student at New Hall (now Murray Edwards College) carrying out research at Cambridge's Cavendish Laboratory.

Past winners of the Copley Medal have included Charles Darwin, Albert Einstein and Dorothy Crowfoot Hodgkin. Dame Jocelyn said: “I am delighted to be the recipient of this year’s Copley Medal, a prize which has been awarded to so many incredible scientists.

“With many more women having successful careers in science, and gaining recognition for their transformational work, I hope there will be many more female Copley winners in the near future.

“My career has not fitted a conventional – male – pattern. Being the first person to identify pulsars would be the highlight of any career; but I have also swung sledgehammers and built radio telescopes; set up a successful group of my own studying binary stars; and was the first female president of the Institute of Physics and of the Royal Society of Edinburgh.

“I hope that my work and presence as a senior woman in science continues to encourage more women to pursue scientific careers”.

The Copley Medal award includes a £25,000 gift which Dame Jocelyn will add to the Institute of Physics' Bell Burnell Graduate Scholarship Fund, which provides grants to graduate students from under-represented groups in physics.

Three female scientists currently working at Cambridge have been recognised in 2021. Professor Sadaf Farooqi from the MRC Metabolic Diseases Unit receives the Croonian Medal and Lecture, together with Sir Stephen O'Rahilly, for their seminal discoveries regarding the control of human body weight, resulting in novel diagnostics and therapies, which improve human health.

Dr Serena Nik-Zainal from the MRC Cancer Unit has been awarded the Francis Crick Medal and Lecture, for her contributions to understanding the aetiology of cancers by her analyses of mutation signatures in cancer genomes, which is now being applied to cancer therapy.

Professor Anne Ferguson-Smith from the Department of Genetics and currently the University’s Pro-Vice-Chancellor for Research receives the Buchanan Medal, for her pioneering work in epigenetics, her interdisciplinary work on genomic imprinting, the interplay between the genome and epigenome, and how genetic and environmental influences affect development and human diseases.

Former Cavendish Laboratory Research Fellow, Professor Michelle Simmons, has won the Bakerian Medal and Lecture, for her seminal contributions to our understanding of nature at the atomic-scale by creating a sequence of world-first quantum electronic devices in which individual atoms control device behaviour.

Professor Frances Kirwan, alumna and Honorary Fellow of Clare College, received the Sylvester Medal, for her research on quotients in algebraic geometry, including links with symplectic geometry and topology, which has had many applications.

Other current Cambridge researchers honoured include Dr Sjors Scheres from the MRC Laboratory of Molecular Biology. Scheres has been awarded the Leeuwenhoek Medal and Lecture for his ground-breaking contributions and innovations in image analysis and reconstruction methods in electron cryo-microscopy, enabling the structure determination of complex macromolecules of fundamental biological and medical importance to atomic resolution.

Emeritus Professor Michael Green from the Department of Applied Mathematics and Theoretical Physics has been awarded Royal Medal A for crucial and influential contributions to the development of string theory over a long period, including the discovery of anomaly cancellation.

The Royal Society’s President, Sir Adrian Smith, said: “Through its medals and awards the Royal Society recognises those researchers and science communicators who have played a critical part in expanding our understanding of the world around us.”

“From advancing vaccine development to catching the first glimpses of distant pulsars, these discoveries shape our societies, answer fundamental questions and open new avenues for exploration.” 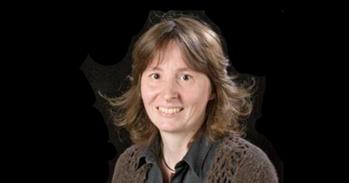