Fish have the ability to communicate with each other while hunting their prey in ways that were previously known only for humans, great apes, and ravens, according to new research.

A study led by Alexander Vail, a Gates Cambridge Scholar at the University of Cambridge's Department of Zoology, found that groupers and coral trout perform a pointing signal to indicate the location of hidden prey to cooperative hunting partners including moray eels, octopuses and Napoleon wrasses.

Previously it was only known that humans, great apes and ravens were capable of such communication and the signals were taken as further evidence of their complex and comparable cognitive abilities.

The researchers, who include Andrea Manica from the University of Cambridge and Redouan Bshary from the University of Neuchâtel, Switzerland, observed dozens of events where groupers and coral trout performed upside-down headstands with concurrent head shakes to indicate the presence and location of particular prey to cooperative partners. The headstand signal fulfil all the criteria for a referential gesture, being directed at a particular object and recipient, they say, and being acted upon by the recipients.

The grouper's signalling shows what are considered key hallmarks of being carried out with intent - that is, the fish has a goal in mind and uses communication to try and achieve it - rather than being an inflexible gesture.  Key evidence is that the grouper elaborates on its headstand signal when the moray eel does not react appropriately to its signal and swims over to the eel, tries a different signal and in some cases even tries to push the moray in the prey's direction. The researchers also observed groupers waiting above a hidden prey for up to 25 minutes before signalling to a passing predatory partner. They say this suggests groupers may perform at an ape-like level in a memory task commonly used to assess cognitive ability.

The researchers believe their findings suggest that other species may be capable of similar communication skills and provide a number of likely candidates for further study.

However, they say that the mental processes underlying the similar signalling behaviour of fish, apes and ravens are unclear and may well vary among these taxa. Their findings point to fish having developed cognitive skills according to their particular ecological needs.

They conclude:  "Our results emphasise the importance of a more general evolutionary view of cognition which predicts that species evolve cognitive solutions according to their ecological needs." 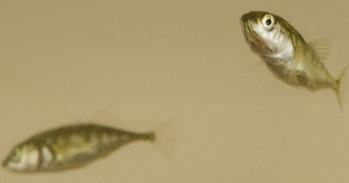 Shoals of sticklebacks differ in their collective personalities 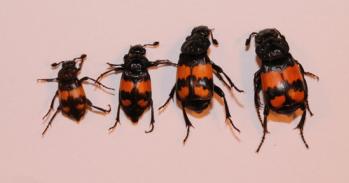 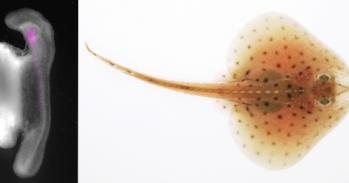 A giant moray eel (Gymnothorax javanicus) which hunts cooperatively with groupers, including reacting appropriately to their referential gesture.