#EarthOptimism: Recovering species must be celebrated or we risk reversing progress

Cambridge conservationists will unite with colleagues across the globe on Earth Day this Saturday to lionise environmental victories and show there is cause for hope – the decisive component in the fight to save disappearing biodiversity.

You have to show people that their actions can change the world. You will never motivate people by just giving them bad news.

A failure to celebrate conservation successes means we miss vital opportunities to convince the public of “real and practical solutions” they can engage with, says a leading conservationist.

Writing in the journal Oryx, Andrew Balmford, Professor of Conservation Science at the University of Cambridge, argues that any progress risks being reversed if we “let drift the many gains that the conservation movement is making”.

Progress redefines what we consider normal, he says, as in the case of the smoking ban or rights for women. Such “positive shifting baselines” even extend to the green shoots of nature’s recovery through conservation – from birdlife in the UK’s Avalon marshes to monkeys in Brazilian forests.

However, Balmford says conservation improvements can quickly get taken for granted. When combined with the seemingly endless torrent of bad news about nature, he believes the overall effect can render people hopeless.

“If we forget where we’ve come from, we risk allowing things to slip backwards,” he writes, pointing to examples in the UK and US where early species recoveries have already led to official sanctioning of hunting and culling of partially restored populations.

In an effort to shift the balance towards celebrating and reinforcing success, Balmford and colleagues from the Cambridge Conservation Initiative are organising Cambridge University’s contribution to a day of global action. #EarthOptimism will promote a much more positive outlook on the future of the natural world.

Taking place on 22 April, Earth Day, #EarthOptimism summits are being coordinated across more than 20 cities including Washington, London, Dallas and Helsinki. The Cambridge event features an open invitation to hear ‘Stories of Hope’ from noted naturalists such as legendary primatologist and University alumnus Jane Goodall, and Harvard psychologist Steven Pinker.

There will also be a ‘Solutions Fair’, with interactive examples of the choices everyone can make in their lives to take positive actions for the planet: from more sustainable eating to smart purchasing.

“Many of us want to make a difference, but lack credible information about how we can have real impact,” says Balmford. “Empowering people with practical suggestions is key to understanding we are all part of the solution.”

Sir David Attenborough, for whom the new conservation campus building at Cambridge is named, will also be in attendance at Cambridge #EarthOptimism.

“While we cannot ignore the threats to nature, there are a growing number of examples of improvements in the health of species and habitats, along with benefits to human well-being, thanks to conservation action,” said Attenborough.

“But conservation cannot succeed through experts alone. The decisions that we all make in our day-to-day lives are critical for its success.”

Balmford has long argued for the importance of celebrating conservation victories. In 2012, he published a book, Wild Hope, which collected examples of good news from the natural world.

“You have to show people that their actions can change the world,” he says. “You will never motivate people by just giving them bad news.”

However, Balmford warns that such progress can fall victim to complacency if people are not aware of and championing these positive changes.

In the UK, he flags the resurgence of some raptor species such as the red kite – down to under forty birds in the 1960s – and the common buzzard. This partial recovery has already led to legalised culling of buzzards, to protect the economic interests of a shooting industry that annually releases millions of non-native game birds into the countryside.

Similarly, in the US limited recovery of wolf populations – still at less than 2% of historic levels – has led to some states delisting wolves as endangered, opening the animal up to hunting.

“If as a result of positive shifting baselines we fail to remind ourselves and others of where we would be without conservation, the progress we have made risks being reversed,” says Balmford.

“Overturning the huge declines that nature is now experiencing will take a long time, and require fundamental shifts in our behaviour. But if we learn from the successes that conservation has already achieved, we can buy ourselves and the world around us much more time for those changes to take place.”

#EarthOptimism: a few reasons to be cheerful 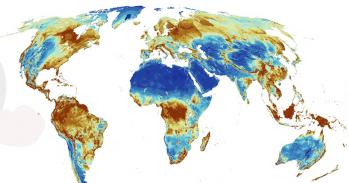 Golden Lion Tamarin, an endangered species that has grown from 200 to more than 3,200 individuals in three decades.