CS Lewis: 50 years after his death a new scholarship will honour his literary career

CS Lewis, creator of some of the most-loved children’s stories and also a scholar of medieval and early modern literature, died half a century ago on 22 November. A scholarship to be set up in his name will support an outstanding graduate to study at Cambridge University

The finest of his books, The Discarded Image, based on a series of his lectures, appeared after his death and remains the best short introduction there is to how people used to imagine the universe they inhabited.

The author CS Lewis, best known to the general public for his children’s classics The Chronicles of Narnia, died 50 years ago on 22 November.  He was much more than a children’s author: he was also a brilliant scholar, holding prestigious academic positions first at Oxford and then at Cambridge, as well as an influential Christian thinker.

In 1954, Lewis was awarded the chair in Medieval and Renaissance Literature at Cambridge, a post that was founded with him in mind. In order to support research in that broad field of Lewis’s interests, Cambridge University is in the process of establishing a CS Lewis Scholarship that will help to fund an outstanding graduate student.

Lewis will be honoured with a memorial in Poets' Corner, Westminster Abbey at a ceremony on the anniversary of his death. His memorial will join those of some of the most famous names in English literature including poets Milton, Eliot and Wordsworth, playwrights  Marlowe, Shakespeare and Wilde, and novelists Austen, Lawrence and Thackeray.

The CS Lewis Memorial Service in Westminster Abbey will take place at noon on Friday, 22 November and will be open to all those who have requested tickets. A collection at the service will be dedicated to the CS Lewis Scholarship. 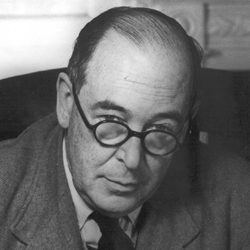 The current chair of Medieval and Renaissance Literature at Cambridge is Professor Helen Cooper. Like Lewis’s, her work emphasises the continuity of literature across the Middle Ages and Renaissance. Early in her career she studied pastoral literature from the late Classical period to Milton. Her more recent books include one on romance, from its invention in the 12th century to the death of Shakespeare, and another on Shakespeare’s debt to the Middle Ages. She has also published extensively on the Canterbury Tales.

“Scholarship – reading, lecturing, critical writing and teaching – was CS Lewis’s day job. He came to devotional writing and fiction, whether for children or adults, quite late in his life, and although he is now more widely known for those than for his critical work, it’s not because they are necessarily better or more important,” said Professor Cooper.

“From the moment of its publication in 1936, Lewis’s Allegory of Love transformed how medieval studies might be approached. The finest of his books, The Discarded Image, based on a series of his lectures, appeared after his death and remains the best short introduction there is to how people used to imagine the universe they inhabited.

“Lewis described his empathy with such lost ways of thinking by casting himself as ‘Old Western Man’, the equivalent of a surviving dinosaur who embodied what the age of the dinosaurs was like, and so could teach things that more conventional academic processes could not.”

As a child growing up in Northern Ireland, Lewis was enthralled by the myths and legends of Norse, Greek and Celtic literature. The young Lewis (known as Jack throughout his life) and his brother Warren invented a make-believe world called Boxen which was ruled by animals. Lewis fell in love with the landscape of the Mountains of Mourne which he said later inspired him to write the Narnia books. 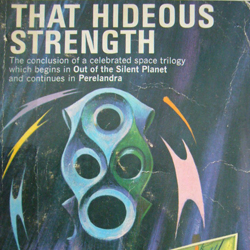 Lewis’s deep interest in the bold universal themes that are woven into ancient, medieval and early modern literature endured throughout his life. His novels and poems draw on his extensive knowledge of texts such as The Voyage of St Brendan (which underlies The Voyage of the Dawn Treader) and the early Grail romances (which inspired That Hideous Strength).  At Oxford University, where he read English Literature, he proved to be an outstanding student and, on graduating with a triple first, went on to teach there for more than 30 years.

Much of Lewis’s non-fiction writing deals with broad religious and spiritual questions, from the problem of evil to miracles.  He was brought up in the Church of Ireland but as a teenager became an atheist. At Oxford, where he remained for most of his adult life, Lewis was part of a literary group nicknamed the Inklings, which included Tolkien. During this time, and influenced by his friends, he reluctantly re-embraced Christianity.  In 1949 he wrote his first children’s novel, The Lion, the Witch and the Wardrobe, which can be read as a fantasy adventure story and as an allegory for Christ’s crucifixion.

Professor Cooper commented: “The power of myth and legend that Lewis had discovered as a child helps to drive the Narnia books. The myths might be Greek or Norse or Christian – the last a  myth that ‘really happened’, as he came to believe – and the legends might be Arthurian; but he had the gift of conveying something of their deep imaginative hold through his stories of children travelling in strange worlds, of talking animals and of battles against evil.” 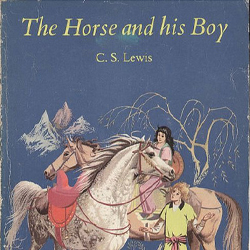 The year that Lewis became the first Professor of Medieval and Renaissance Literature at Cambridge saw the publication of his third (originally fifth) and eagerly awaited Narnia novel, The Horse and His Boy.

“At Cambridge Lewis was taken to represent a diametrically opposite mode of criticism from that of his contemporary FR Leavis, and undergraduates often aligned themselves behind one or the other. But despite their disagreements, Lewis expressed his admiration for Leavis’s powers as a critic,” said Professor Cooper. “Lewis’s belief in the importance of historical contextualisation was in many ways ahead of its time. That alertness to context included his recognition of the centrality of God in the medieval and early modern world. His lectures on Spenser’s Faerie Queene, like his earlier work on Milton, demanded that even atheist readers should start by understanding what each poet was attempting to do, and that included their reflection of, and on, the religion of their own age.”

Lewis worked in Cambridge for nine years. In August 1963, having discovered that he was terminally ill, he resigned his chair. He died in his home in Oxford and was buried in the churchyard of Holy Trinity Church, Headington.  News of his death was overshadowed by the assassination of JF Kennedy.

Professor Helen Cooper is the sixth scholar, and second female scholar, to hold the chair of Medieval and Renaissance English at Cambridge. Like Lewis, she holds it in conjunction with a fellowship at Magdalene College.

The Searcher, a statue of CS Lewis by sculptor, Ross Wilson, at Holywood Arches Library in Belfast