The trick to telling electrons how to pass through walls, is to now marry them with light.

Scientists at the Cavendish Laboratory in Cambridge have used light to help push electrons through a classically impenetrable barrier. While quantum tunnelling is at the heart of the peculiar wave nature of particles, this is the first time that it has been controlled by light. Their research is published today, 05 April, in the journal Science.

Particles cannot normally pass through walls, but if they are small enough quantum mechanics says that it can happen. This occurs during the production of radioactive decay and in many chemical reactions as well as in scanning tunnelling microscopes.

According to team leader, Professor Jeremy Baumberg, “the trick to telling electrons how to pass through walls, is to now marry them with light”.

This marriage is fated because the light is in the form of cavity photons, packets of light trapped to bounce back and forth between mirrors which sandwich the electrons oscillating through their wall.

Research scientist Peter Cristofolini added: “The offspring of this marriage are actually new indivisible particles, made of both light and matter, which disappear through the slab-like walls of semiconductor at will.”

One of the features of these new particles, which the team christened ‘dipolaritons’, is that they are stretched out in a specific direction rather like a bar magnet. And just like magnets, they feel extremely strong forces between each other.

Such strongly interacting particles are behind a whole slew of recent interest from semiconductor physicists who are trying to make condensates, the equivalent of superconductors and superfluids that travel without loss, in semiconductors.

Being in two places at once, these new electronic particles hold the promise of transferring ideas from atomic physics into practical devices, using quantum mechanics visible to the eye. 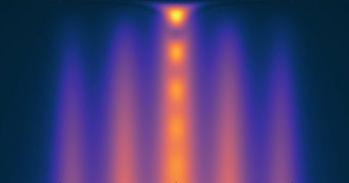 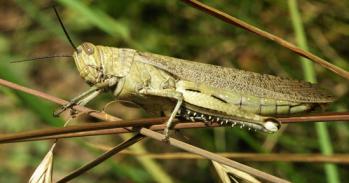 How to cut your lawn for grasshoppers 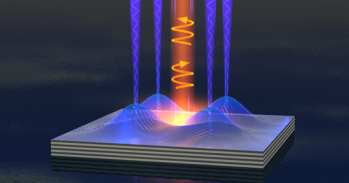 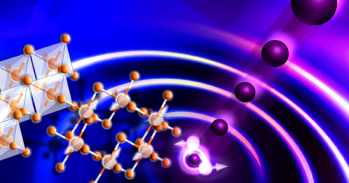 New state of matter detected in a two-dimensional material