Regional diversity in dialect words and pronunciations could be diminishing as much of England falls more in line with how English is spoken in London and the south-east, according to the first results from a free app developed by Cambridge researchers.

More and more people are using and pronouncing words in the way that people from London and the south-east do.

The English Dialects App (free for Android and iOS) was launched in January 2016 and has been downloaded more than 70,000 times. To date, more than 30,000 people from over 4,000 locations around the UK have provided results on how certain words and colloquialisms are pronounced. A new, updated version of the app – which attempts to guess where you’re from at the end of the quiz – is available for download from this week.

Based on the huge new dataset of results, researchers at Cambridge, along with colleagues at the universities of Bern and Zurich, have been able to map the spread, evolution or decline of certain words and colloquialisms compared to results from the original survey of dialect speakers in 313 localities carried out in the 1950s.

One of the major findings is that some features of regional accents, such as pronouncing the 'r' in words like 'arm' – a very noticeable pronunciation feature which was once normal throughout the West Country and along much of the south coast – are disappearing in favour of the pronunciations found in London and the South-East (see map slideshow).

Lead researcher Dr Adrian Leemann, from Cambridge’s Department of Theoretical and Applied Linguistics, said: “When it comes to language change in England, our results confirm that there is a clear pattern of levelling towards the English of the south-east; more and more people are using and pronouncing words in the way that people from London and the south-east do.

Professor David Britain from the University of Bern added: “People in Bristol speak much more similarly to those in Colchester now than they did fifty years ago. Regional differences are disappearing, some quite quickly. However, while many pockets of resistance to this levelling are shrinking, there is still a stark north-south divide in the pronunciation of certain key words.”

Dialect words are even more likely to have disappeared than regional accents, according to this research. Once, the word ‘backend’ instead of ‘autumn’ was common in much of England, but today very few people report using this word (see map slideshow).

However, the research has shown some areas of resistance to the patterns of overall levelling in dialect. Newcastle and Sunderland stood out from the rest of England with the majority of people from those areas continuing to use local words and pronunciations which are declining elsewhere. For example, many people in the North-East still use a traditional dialect word for 'a small piece of wood stuck under the skin', 'spelk' instead of Standard English 'splinter'.

Other dialect words, like ‘shiver’ for ‘splinter’, are still reported in exactly the same area they were found historically—although they are far less common than they once were (see map slideshow).

The data collected to date shows that one northern pronunciation has proved especially robust: saying words like 'last' with a short vowel instead of a long one. In this case, the northern form actually appears to have spread southwards in the Midlands and the West Country compared with the historical survey.

In other cases, new pronunciations were found to be spreading. Pronouncing words like 'three' with an 'f' was only found in a tiny region in the south east in the 1950s, but the data from today show this pronunciation is much more widespread – 15% of respondents reported saying 'free' for 'three', up from just 2% in the old Atlas.

Cambridge PhD student Tam Blaxter, who worked alongside Dr Leemann to map the 30,000 responses supplied by the public, suggests that greater geographical mobility is behind the changes when compared to the first systematic nationwide investigation of regional speech, the Survey of English Dialects from the 1950s.

“There has been much greater geographical mobility in the last half century,” said Blaxter. “Many people move around much more for education, work and lifestyle and there has been a significant shift of population out of the cities and into the countryside.

“Many of the results have confirmed what language experts might predict – but until now we just didn’t have the geographical breadth of data to back up our predictions. If we were to do the survey in another 60-70 years we might well see this dialect levelling expanding further, although some places like the north-east seem to have been especially good at preserving certain colloquialisms and pronunciations.”

When the app was originally launched in January, users were quizzed about the way they spoke 26 different words or phrases. The academics behind the app wanted to see how English dialects have changed, spread or levelled out since the Survey of English Dialects. The 1950s project took eleven years to complete and captured the accents and dialects of mainly farm labourers.

Perhaps one of the most surprising results of the data provided so far is how the use of ‘scone’ (to rhyme with ‘gone’ rather than ‘cone’) is much more common in the north of England that many might imagine (see map slideshow).

Adrian Leemann said: “Everyone has strong views about how this word is pronounced but until we launched the app in January, we knew rather little about who uses which pronunciation and where. Our data shows that for the North and Scotland, ‘scone’ rhymes with ‘gone’, for Cornwall and the area around Sheffield it rhymes with ‘cone’ – while for the rest of England, there seems to be a lot of community-internal variation. In the future we will further unpick how this distribution is conditioned socially.”

The launch of the English Dialects App in January has also allowed language use in Wales, Scotland and Northern Ireland to be compared with language use in England (the original 1950s survey was limited to England and similar surveys of the other parts of the UK were not undertaken at the same time or using the same methods).

The huge levels of feedback have also meant the team have improved the prediction of where users might be from. The app now correctly places 25 per cent of respondents within 20 miles, compared with 37 miles for the old method. 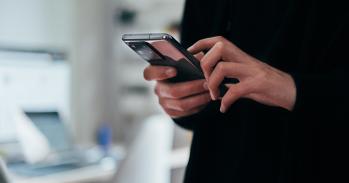 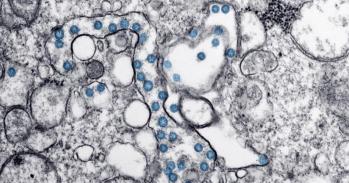