A dark shadow lay over his family name when, aged 24, Sir Kenelm Digby raised a fleet to sail against the enemy French in the multicultural world of the Mediterranean. In his new book, Joe Moshenska (Faculty of English) looks at the intellectual, political and culinary life of a man driven by a thirst for knowledge.

Forced to put in at Algiers, his filthy ships were scoured and replacement crew recruited. Digby hobnobbed with local dignitaries, and feasted on partridges and “Melons of marveilous goodnesse”.

On 7 January 1628, a fleet of ships weighed anchor off the coast of Kent and set sail for the Mediterranean. As fleets go, this one was small. It comprised just two vessels – the Eagle and the Elizabeth and George – fitted out for war. Aboard were around 250 men, overseen by carefully selected mariners, and some 200 barrels of gunpowder imported from Amsterdam. The mission of crew and captains was simple: to vanquish England’s enemies and return laden with prizes.

In command of the two vessels was 24-year-old Kenelm Digby, a man whose naval experience was slight. His seafaring was confined to being a passenger but Digby was a believer in the power of books, and he had just the right volume in his pocket. From a stall in London’s St Pauls’ churchyard, he had purchased John Smith’s A Sea-Grammar. If nothing else, it provided a guide to the wonderful terminology of seafaring with its belays, bonits and Drablers – and Digby was a fast learner.

Digby was a man of many parts: he was a privateer (or state-sponsored pirate), compiler of recipes, assimilator of foreign tongues (“a great student of the Arabicke language”), collector of objects (antiquities of every kind), thinker and doer. In his extensive writing, and experiments in kitchens and laboratories, he embraced philosophy and alchemy, science and magic, food and flavours. 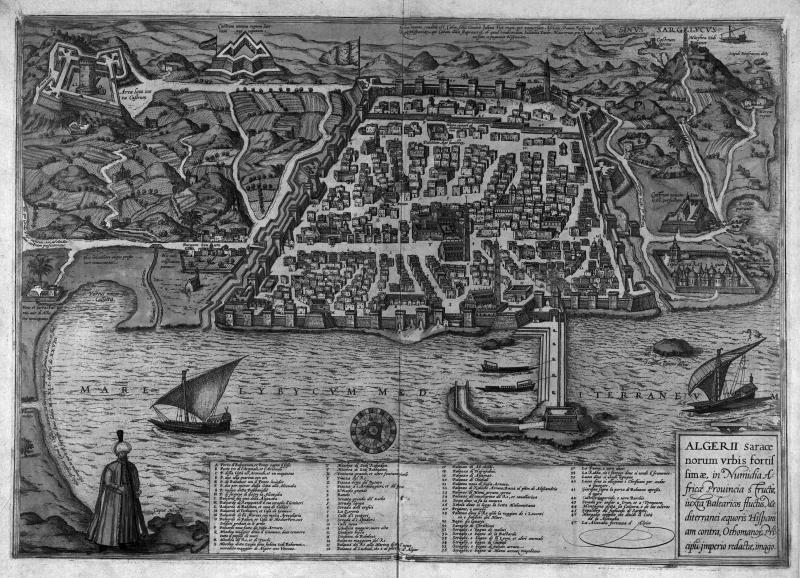 On his death aged 62 in 1665, Digby left behind a library of several thousand books, countless letters and journals, and a fictionalised account of his adventures in elaborately flowery style. On the Greek island of Milos, scribbling furiously and barely eating for a week, he wrote Loose Fantasies, recasting himself as a romance hero in the shape of Theagenes, a character lifted from classical literature.

Drawing these sources together, Joe Moshenka (Faculty of English) has produced a masterful narrative – a blend of biography, history and imaginative reconstruction – that focuses in gripping detail on Digby’s foray into the cultural melting pot of the Mediterranean world. A Stain in the Blood: the Remarkable Voyage of Sir Kenelm Digby is the first book to dig deep into the story of an adventurer who, quintessentially English yet endlessly curious, personifies an era when seafaring was opening up routes into boundless possibilities and exotic goods of every shape and form.

Sailing south in January 1628, Digby left behind a beloved wife and two sons, the youngest just a few weeks old. He was a man on the make. Despite being well-connected and highly educated, he had a black mark against his name. His father, Everard Digby, had been hung for treason against the crown. Revealed to be a co-conspirator in the Gunpowder Plot, Everard was subjected to the most grisly of executions. In front of approving crowds, his heart was ripped out and his genitals sliced off.

Everard Digby maintained his dignity right up to the moment he lost consciousness. He professed that he “deserved the vilest death” and made an impassioned plea that wife and sons not be punished for his crime. Everard’s fortitude became legendary but his family lived with a sense of disgrace. The blood stain in the title of Moshenska’s book is a reference to a wound cut deep into a man with an extraordinary thirst for knowledge and experiences.

Seventeenth century England was layered in complexity. Raised as a gentleman and a Roman Catholic in a country that had officially broken its ties with Rome, Kenelm Digby learned early on to tread a delicate line between faith, politics and expediency. As a practising Catholic student at Oxford, he was unable to “weare a gowne” (matriculate) and each November endured the bonfire celebrations that reminded him of his father’s death. But Digby had friends in high places and the means to travel.

Trips to Europe, the first when he was aged just 14, helped Digby to develop the worldly ease and diplomatic skills so vital to him later in life. In Italy, his nimble mind won admiration in philosophical debates. In France, his handsomeness gained the (embarrassing) attention from the older and powerful Queen Regent. Visiting Spain, he socialised with the future Charles I – and became dangerously entangled in negotiations for a royal marriage bringing two disparate nations together.

The single voyage that allowed Digby to establish himself as a loyal subject was almost derailed by those who sought to discredit him as papist. The 1620s saw England engaged in an expensive war with its Roman Catholic neighbours. When he finally got the commission he sought from the king, it gave him permission to sail wherever he chose and to take as prizes any ships belonging to enemies of England. He was empowered to undertake any action “tending to the service of the realm and the increase of his knowledge”.

A conveniently vague brief was just what Digby needed. Entering the Mediterranean, he moved dizzyingly from adventure to adventure. Half his crew perished from a “violent pestilential disease” which erupted at ghastly speed. Forced to put in at Algiers, his filthy ships were scoured and replacement crew recruited. Digby hobnobbed with local dignitaries, and feasted on partridges and “Melons of marveilous goodnesse”. Ever mindful of his reputation, he negotiated the freedom of 50 English slaves, some of the many Europeans incarcerated in warehouses filled with human chattels.

Digby’s big moment came when he reached the easternmost shore of the Mediterranean.  In the Bay of Scanderoon, gateway to the city of Aleppo, he surprised fleets of Venetian and French ships in an audacious attack. The famously agile Venetian galleases (which were guarding French ships laden with pieces of eight) were forced to admit defeat. The French hurriedly ferried their cargo ashore. But, surveying the damage his men had done, Digby was able to claim a glorious victory, one that he richly-embroidered in the fictional account of his venture.

Warfare, and the need to prove himself on a world stage, was only one strand of Digby’s character: he was also an inveterate foodie. Bobbing in the wake of his protagonist, Moshenska takes us into cosmopolitan Mediterranean ports brimming scents and flavours – and introduces the chefs of Algiers who engineered crazy confections made in sugar. Ashore in Turkey, on respite from command, Digby hunted “wilde boare” with “the countrie people”. That night, they settled by a roaring fire to feast on “goates, sheepe, hens, milke, egges, mellons, and bread baked as thinne as strong paper”.

For a man given to pondering the relationship between body and soul, the rich mix of faiths and ethnicities was enthralling. Digby reflected delightedly that his crew included “French, Venetians, Lygononces, Savoyardes, Greekes, Slavononians, Maltoses and Dutch”. He was fascinated by the shape-shifting Ambo-Dexters and Nulli-fidians who swapped religions on a whim. The same adaptability smoothed his own passage into the spaces that had fired his imagination in England, where he had immersed himself in stories of the Bible and classical world.

Insatiable English hunger for the antiquities of Greek and Roman civilisations spurred Digby to add chunks of architecture to the treasure in his holds. Anchoring at the island of Delos, and finding it deserted, he was able to “avayle myself of the convenience of carrying away” a great many marbles, rolling the stones down to the shore. The largest objects were more problematic. When Digby’s entire crew of 300 men failed to shift one large piece, he devised a mechanism using the “mastes of ships” to lever it aboard. Displayed in a London warehouse, these looted prizes earned the approbation of the king.

Digby had many loves – but the greatest was his wife Venetia Stanley. They met when Digby was aged 14 and Venetia three years older. Both had shadows over their names; they married in secret to avoid gossip about Venetia’s supposed impropriety with other suitors. When Venetia died, Digby was inconsolable, turning to alchemy and beset by tumultuous thoughts. He lived for a while in Paris where he wandered the streets “with his beard down to his middle” accompanied by a large dog on a leash. 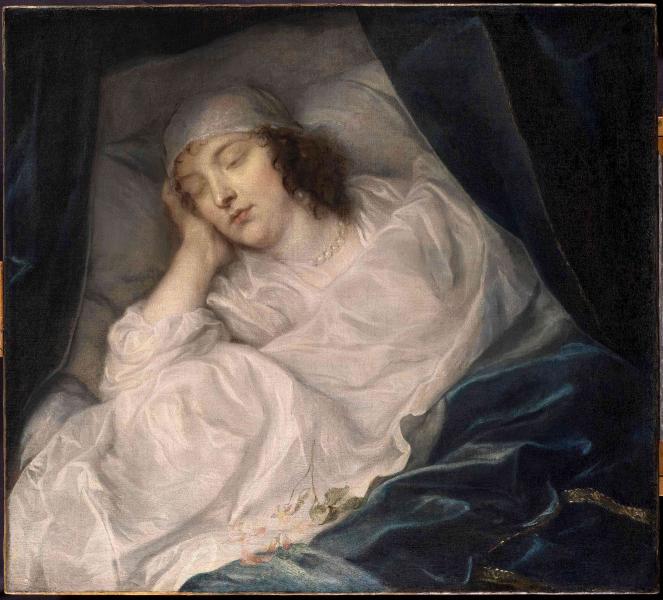 Returning to England, Digby became involved in politics once more. Denounced as ringleader of a plot to advance popery, he was briefly imprisoned – but managed to persuade the authorities to allow him access to a small laboratory where he (allegedly) made “artificiall pretious stones … out of Flints”. His mind ever active, he wrote “a total survey of the whole science of Bodyes”, cramming more than 200 pages with theories and memories. He counted among his friends some of the most famous figures of the era – Ben Jonson, Thomas Hobbes and Anthony Van Dyck – and late in life formed an unlikely friendship with Oliver Cromwell.

As much as it exults in daring exploits, A Stain in the Blood is much more than a riveting account of 17th-century derring-do. English literature, not history, is Moshenska’s primary field: he unravels the fanciful prose of Digby’s writing, and the books he absorbed, to show us what shaped a man who saw no barriers to learning or discovery. Moshenska opens up for us a world in constant flux – a place where ships sail on a “high popping sea”, sweet scents drift on the breeze, and “wyld beastes” roam the land.

A Stain in the Blood: the Remarkable Voyage of Sir Kenelm Digby by Joe Moshenska is published by William Heinemann. An event to launch the book will take place at Heffers (20 Trinity Street, Cambridge CB2 1TY) on Wednesday 4 May at 6.30pm. To book https://astainintheblood.eventbrite.co.uk

Inset images: Map of Algiers from Civitate orbis terrarum (Reproduced by kind permission of the Master and Fellows of Trinity College, Cambridge); Venetia Digby on her deathbed, by Anthony van Dyck (By permissions of the Trustees of Dulwich Picture Library, London).