Haeckel’s embryos: the images that would not go away

A new book tells, for the first time in full, the extraordinary story of drawings of embryos initially published in 1868. The artist was accused of fraud – but, copied and recopied, his images gained iconic status as evidence of evolution.

Education was still the preserve of a privileged few and science was hardly taught, but Haeckel promised to reveal the mysteries of life

Some of the best-known illustrations in biology were challenged as forgeries soon after their publication 140 years ago in books by the German Darwinist, Ernst Haeckel. Hundreds of attacks placed them among the most controversial scientific images, but textbooks nevertheless copied and recopied them through the 20th century. Though recently forced out by new scientific criticism, and by creationist advocates of so-called intelligent design, some biologists defend them still. They make striking examples of how standard pictures represent knowledge over the long term.

In Haeckel’s Embryos: Images, Evolution and Fraud, published by the University of Chicago Press, Dr Nick Hopwood tells the full story for the first time. He tracks the drawings and the charges against them from their genesis in the 19th century to the present day. He recaptures the shocking novelty of pictures that enthralled schoolchildren and outraged priests, and highlights the remarkable ways these images continued to shape knowledge as they aged.

Ernst Haeckel was a passionate and pugnacious advocate of evolution. An accomplished artist, he drew provocative illustrations for books that, from 1868 onwards, caught the public imagination with their message that human beings are not divinely created but evolved from humble beginnings. The similarity of human to other vertebrate embryos provided Haeckel’s strongest evidence for common descent, but he lacked vivid comparative pictures.

He designed some by lining up human development alongside equivalent stages in the development of turtle, chick and dog, and later of many other species. For their first two months in the womb, this liberal roared, even those aristocrats who fancied that blue blood flowed in their veins were indistinguishable from dogs. The plates further supported Haeckel’s view that “ontogeny recapitulates phylogeny”: we climb our evolutionary tree in the womb. But expert critics accused Haeckel of drawing the embryos more alike than they really are, and thus of playing fast and loose with the truth.

The usual approach to Haeckel’s embryos has been to try him for fraud and assess the implications for the theory of evolution. Hopwood answers these questions: Haeckel drew recklessly compared with his peers, but there is no evidence of dishonest intent and he had little to gain from deception. The discovery of molecular homologies between species evidences evolution more persuasively than Haeckel ever could.

Hopwood argues, however, that it is more interesting to use the case to explore how images succeed or fail, how they come to be taken for granted or cause trouble. Haeckel’s pictures became so controversial because they were viewed simultaneously by specialists fighting his approach and by readers who had never seen an embryo before. Education was still the preserve of a privileged few and science was hardly taught, but Haeckel promised to reveal the mysteries of life. 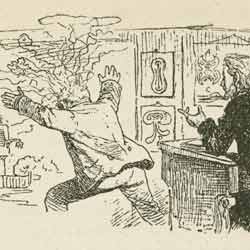 He lampooned “the so-called educated”, those products of the classical grammar schools who did not believe that humans come from eggs and recoiled in disgust when shown images representing their own becoming. He worked to create a mass audience for science and to make embryonic development a process we can see, compare and discuss.

Supporters mostly accepted Haeckel’s defence that his pictures of embryos were ordinary schematics like his colleagues used in classrooms every day, but theologians exploited the forgery charges to discredit the “German Darwin”. Wave after wave of attacks rained down on his head.

On the eve of the First World War, by which time he was the most famous living evolutionist in the world, new enemies rewarmed the allegations and added more. 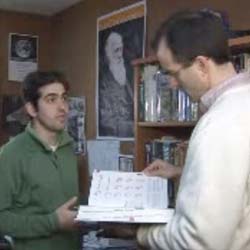 The embryos were copied nevertheless, now especially into textbooks in the US, where authors were often unaware of the fuss. Until 1997, that is, when a British biologist accused Haeckel again and creationists waged an iconoclastic campaign. But these apostles of “intelligent design” also tried to turn the pictures into icons of infamy. This combined with the take-off of the internet to make them, ironically, more accessible than ever before.

Haeckel’s Embryos shows how the most controversial images in the history of science became some of the most widely seen. Hopwood suggests that the novel grid structure gave them persuasive power, but that they did not just express Haeckel’s recapitulation theory.

The pictures favoured the idea of a conserved stage, but otherwise remained open to different interpretations. Texts even reproduced them, attributed to a secondary source, on the same pages that explained Haeckel was wrong.

Hopwood investigates copying as the way an image gains a life of its own and becomes embedded in a field. This case demonstrates how creative, consequential and contested the process can be.

Trouble started when Haeckel was accused, among other things, of miscopying standard figures. Then copying released the images from his books and, from many variants, selected one canonical form. Controversy sparked when the copying of the pictures intersected with the repetition of the forgery charges. 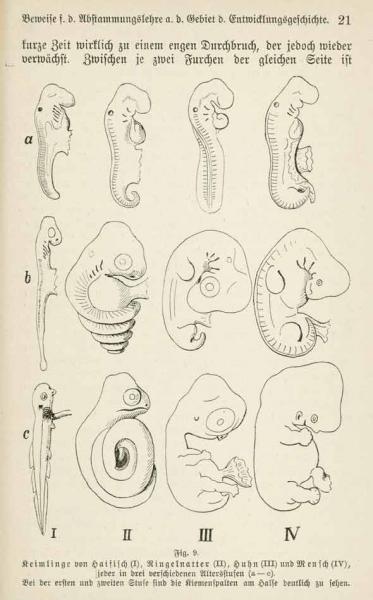 The pictures and the charges usually circulated independently, but clashed in small-scale disputes. A religion teacher would catch a pupil reading one of Haeckel’s books under the desk and denounce the illustrations as frauds. A priest would challenge an itinerant freethinker during a slide lecture. Or parents would warn their daughters that books with such horrible illustrations were unsuitable for girls. The big controversies started, during periods of intense debate over Darwinism, when such objections reached the press.

The product of more than a decade of work, Haeckel’s Embryos is published in a large format and lavishly illustrated with colour illustrations that range from fine engravings to cartoons and wax models to websites. These allow the argument to proceed in pictures as much as in words. The book is the most comprehensive history of a scientific image ever undertaken – and that history is not over yet.

“The shock of the copy”, as Hopwood calls it, is not simply that the pictures were reproduced for so long. The real surprise is that they are still involved in innovation over a century after they were first published. In 2010, in the wake of the recent controversy, Haeckel’s grid appeared in the unusual form of a mosaic of stained fruit-fly embryos on the cover of the leading science journal Nature, where it signalled that genomic methods confirmed the existence of a conserved embryonic stage.

While most images make a brief appearance, only to be forgotten quickly, others become so entrenched that it is almost impossible to wave them goodbye.

Nick Hopwood is Reader in History of Science and Medicine in the Department of History and Philosophy of Science, University of Cambridge. Haeckel’s Embryos: Images, Evolution and Fraud is published by the University of Chicago Press. The research was supported by the Wellcome Trust as part of the Generation to Reproduction programme.

Inset images: A bewildered listener representing “the so-called educated” flees Haeckel’s lecture, his mind blown by the embryological illustrations, and rushes to an inn (Illustration by Fritz Steub from Moritz Reymond, Fünf Bücher Haeckel [1882], 1:102); Still from the 2007 Discovery Institute video Hoax of Dodos – an advocate of “intelligent design” shows a sceptic Haeckel-style drawings in a recent biology book; A grid of shark, snake, chick and human embryos, modelled on Haeckel’s but more accurate and much less successful (from Richard Hesse, Abstammungslehre und Darwinismus (1902), 21).