Families with a difference: the reality behind the hype

Families come in many guises. Some parents are same-sex; others are single by choice. Growing numbers of children are conceived through assistive reproductive technology. What do these developments mean for the parents and children involved? Professor Susan Golombok’s book, Modern Families, examines ‘new family forms’ within a context of four decades of empirical research.

It’s stigmatisation outside the family, rather than relationships within it, that creates difficulties for children in new family forms.

Over the past 40 years the family has altered in ways that few people imagined back in the days of the Janet and John reading books in which mummy baked and daddy mowed the lawn. In the 1970s, the ‘nuclear’ family (heterosexual married couple with genetically related children) was in a clear majority. Advances in assistive reproductive technologies, a rise in numbers of single parent and step families resulting from divorce, and the creation of families by same-sex couples and single people have changed all that.  Today ‘non-traditional’ families outnumber nuclear families in the UK and many other countries.

When it comes to family, everyone has opinions – but they are just opinions. In her new book, Modern Families: Parents and Children in New Family Forms (published 12 March 2015), Professor Susan Golombok charts the remarkable changes that have taken place in the context of the empirical research that has sought to answer a series of contested questions. Are children less likely to thrive in families headed by same-sex parents, single mothers by choice or parents who conceived them using assisted reproductive technologies? Will children born to gay fathers through egg donation and surrogacy be less likely to flourish than children conceived by IVF to genetically related heterosexual parents?

Golombok’s contribution to family research goes back to 1976 when she responded to an article in the feminist magazine Spare Rib by conducting an objective study of the development of children of lesbian mothers. Spare Rib had revealed that, both in the UK and USA, lesbian mothers in child custody disputes invariably lost their cases to their ex-husbands. Courts argued that it was not in children’s best interests to be raised by lesbian women, not least because their gender development would be skewed. Golombok, and other researchers, have shown in successive studies that boys are no less masculine and girls no less feminine than boys and girls with heterosexual parents. 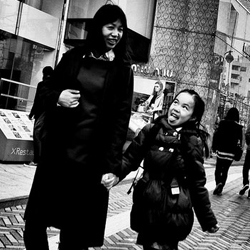 In 2006 Golombok was appointed director of Cambridge University’s Centre for Family Research – a research centre known for its focus on family influences on child development. Modern Families brings together for the first time the growing body of research into the wide range of family forms, undertaken not just in the UK but also in the USA and around the world. Most strikingly, these studies show, again and again, that it is the quality of relationships that matters most to the well-being of families, not the number, gender, sexual orientation or genetic relatedness of the parents, or whether the child was conceived with the assistance of reproductive technology.

These findings fly in the face of the media hysteria that greeted the birth of the first IVF baby in 1978. Societal attitudes have since moved on. However, deep-seated assumptions of what is ‘right and proper’ continue to colour notions of what a family ‘should’ be in order to raise a well-balanced child. Real families are complex. Golombok is careful to be even-handed in her unpacking (family type by family type) of the issues, the arguments and the relevant research in a field that, by virtue of its human intimacy, demands a high level of sensitivity and diplomacy.

She also addresses the fact that research into so emotionally charged a field is bound to be imperfect. Parents willing to take part in research are more likely to be those who are functioning well than those who struggle. “It is important to study new family forms to find out what they are really like. Otherwise, all we have is speculation and assumption, usually negative, which simply fuel prejudice and discrimination and are harmful to the children involved,” she says.

Some findings are counterintuitive, others less so. One of the arguments most famously used against same-sex parenting has been that children may lack models on which to base their own gender identity and behaviour. In a study of play preferences, lesbian mothers chose a mix of masculine and feminine toys but their children chose toys and activities that were highly sex-typed. It seems that parents have little influence over the sex-typed toy and activity preferences of their daughters and sons.

In studies of children born through assisted reproduction, their mothers have consistently been found to show more warmth and emotional involvement, and less parenting stress, than natural conception mothers.

“Contrary to the expectation that parents of children born through assisted reproductive technologies would experience difficulties in parenting, research has found them to be highly committed and involved parents, even in donor-conceived families where one or both parents lack a genetic relationship with their children,” says Golombok.

“A key factor in the positive functioning of children in new family forms appears to be that they are very wanted children. Parents in new family forms often struggle to have children against the odds. Many experience years of infertility before becoming parents; others become parents in the face of significant social disapproval; and still others surmount both hurdles in order to have a child.” 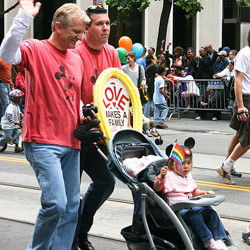 When surrogacy hit the headlines in 1985 with the case of Kim Cotton, the furore about the payment made to her by the intended parents of the child she was carrying led the UK to outlaw commercial surrogacy. Although attitudes to surrogacy have softened, it remains the most controversial form of assisted reproduction. Studies report that relationships between intended parents and surrogate mothers are generally both enduring and positive. Children born through surrogacy sometimes form relationships with the surrogate’s own children.

Modern Families offers a measured appraisal of the broader issues that are likely to prove increasingly salient (and debated) as reproductive technologies offer novel routes to the conception of a healthy child and society’s understanding of what constitutes ‘family’ is increasingly extended. Last month’s approval in the UK for the use of a technique called mitochondrial replacement has rekindled accusations of scientists ‘playing God’. Perhaps, in time, society will be more accepting of techniques like mitochondrial replacement, developed primarily to avoid a child being born with a devastating medical condition.

Two generations ago, same-sex parenting was widely vilified as ‘against nature’. Today, same-sex couples and single people are considered alongside heterosexual couples as prospective adoptive and foster parents. “Attitudes towards same-sex parent families in the UK have changed enormously over a relatively short period of time. In less than half a century we have moved from a situation in which lesbian mothers were ostracised, and gay men were at risk of imprisonment, to a time where same-sex couples can marry, adopt children jointly, and become the joint legal parents of children born through assisted reproductive technologies,” says Golombok.

“But it’s important to remember that these laws are far from universal. Lesbian and gay relationships remain a criminal offence in some countries of the world with lesbian and gay people still living in fear of their lives.”

Families aren’t self-contained units. How do parents handle the prejudice they and their children are almost bound to encounter and how do children cope with what are perceived as ‘differences’? Sometimes the attitudes of the wider world make things hard. While children of same-sex parents are just as likely to flourish as those with heterosexual parents, children with lesbian or gay parents have to ‘explain’ their families in a way that their peers don’t. The need to explain can be burdensome.

“It’s stigmatisation outside the family, rather than relationships within it, that creates difficulties for children in new family forms,” says Golombok.

Children born through egg or sperm donation grow up with a realisation that they have a biological mother or father who may not live with them. The research covered in Modern Families shows that the question of disclosure – informing children conceived through donated gametes about their genetic parentage – is a foggy one. 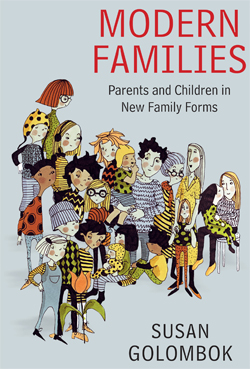 Legislation that took effect in 2005 gives anyone conceived with donated gametes after that date the right to have, at the age of 18, access to information about the identity of their donor via records held by the UK’s Human Fertilisation and Embryology Authority (HFEA).  Not until 2023 will it begin to be apparent how many donor-conceived young people might seek information about their donors from the HFEA.  If adoption law is any guide, the numbers will not be insignificant.

As the legislation stands, young people will not know that they have been donor conceived unless they have been told – and only those with this knowledge will have any reason to seek access to the information held about their donor. This situation puts the onus firmly on the parents to make the decision about disclosure. Interestingly, although many parents profess the intention of bringing their children up with the knowledge that they were donor conceived, significant numbers of parents never find the right moment to broach the subject.

Golombok says: “Parents fear that telling children about their donor conception will jeopardise the loving relationship that has developed between the child and the non-genetic parent. However, our research has shown this fear to be unfounded. Parents who are open with their children when they are young – before they reach school age – say that their children accept this information and are not distressed by it. Finding out in adolescence or adulthood appears to be more difficult to accept.”

Modern Families is a timely reminder that every family is different – and that families are both fluid and flexible. There is more variation within family types than between them. Many of the newer routes helping people to fulfil their desires to have a family are still in their infancy. Progress is never smooth – and, quite rightly, innovations in conception are bound to be, and need to be, a matter for public debate. Research by Golombok and her colleagues, at Cambridge and beyond, provides a firm and informed basis for discourse to take place.