Research paves the way for new approaches in the treatment of pulmonary arterial hypertension, a progressive lung disease that can lead to heart failure within three years.

It’s a completely different approach to treating the disease and possibly many others in the pulmonary hypertension family.

After being pumped around all of the arteries, veins and capillaries in the adult human body, the blood refuels with oxygen in the lungs, and then starts the cycle all over again. For patients with pulmonary arterial hypertension (PAH), however, the refuelling process becomes increasingly obstructed when thickening of the blood vessel wall reduces the volume of blood able to pass through. Eventually, unable to pump the blood through the arteries that traverse the lung, the heart fails.

PAH is responsible for 10–15 cases per million people each year; in the UK, there are currently 5,000 people with the disease. PAH has a poor prognosis, as Professor Nick Morrell, British Heart Foundation (BHF) Chair of Cardiopulmonary Medicine at Cambridge’s Department of Medicine, explained: “Patients – often women in early middle age – present with unexplained breathlessness and abnormally high blood pressure in the lungs. The only available drugs have rarely accomplished more than disease stabilisation. Without a lung transplant, the disease can prove fatal within three years.”

Now, a promising recent development in drug treatment for PAH could revolutionise the treatment of this disease. The recently completed Phase III trial was based on research from Morrell’s team and collaborators in Giessen, Germany, and has demonstrated the efficacy and safety of a drug that directly combats the narrowing of blood vessels.

In parallel, a large-scale genetic sequencing programme under way at the BioResource facility at the National Institute for Health Research (NIHR) Cambridge Biomedical Research Centre will provide the first comprehensive genetic analysis of PAH patients, heralding a new phase in molecular discovery.

Both studies have benefited immeasurably from the strong linkage between the University’s basic science laboratories and Papworth’s National Pulmonary Hypertension Service, for which Morrell is Research Director. It’s a partnership that has proved critical to the successful translation of new molecular understanding into patient treatments. It’s also one that will be strengthened by the re-location of Papworth Hospital to the Cambridge Biomedical Research Campus and plans for a new Cambridge University/Papworth Hospital Heart and Lung Research Institute where researchers and clinicians can work together in dedicated laboratory space and procedure rooms.

The molecular understanding of PAH is still in its infancy, the first genetic defect having been identified only 12 years ago by an international consortium. The discovery provided the first causal link between a defect in a protein – bone morphogenetic protein type II receptor (BMPR-II) – and the thickening of lung blood vessels in PAH. In healthy blood vessels, BMPR-II is part of a complex pathway that prevents uncontrolled growth of their lining; it is believed that if the level of the protein dips below a critical threshold, as in PAH, the inside of the vessels overgrow.
Morrell’s team is unravelling precisely how BMPR-II mutations lead to dysfunctional signalling. Their work is suggesting new strategies for tackling the defect, such as whether restoring BMPR-II’s function through gene or stem cell therapy can prevent or reverse the development of PAH. Another approach is to overcome the effects of the faulty gene by targeting another part of the growth pathway. These concepts, and important preclinical research conducted by collaborators in Giessen, led to the recent testing in PAH patients of a drug called imatinib.
In 2010, a Phase II study co-led by the University of Cambridge and Papworth Hospital, and funded by the Medical Research Council (MRC) and Swiss-based pharmaceutical company Novartis AG, reported that imatinib significantly improved the movement of blood in pulmonary blood vessels in 59 patients. Now, the results of a Phase III trial by Novartis of 202 patients recruited by 71 centres in 14 countries has been published in Circulation.
Morrell explained the basis for using the drug: “Because of the research undertaken  identifying pathways involved in PAH in cells and tissues taken from patients, together with data from work in animal models, we realised we could side-step the problem of defective BMPR-II and target the pathway that stimulates blood vessel growth itself. Imatinib inhibits the activity of tyrosine kinases that mediate a major signalling pathway for stimulating growth in cells, and in so doing inhibits the proliferation of these cells and unblocks the arteries – even for people at the end stage of the disease.”
Morrell hopes that the research will pave the way for other drugs that work in the same way: “Current treatment options improve exercise capacity and the movement of blood, but a cure is rarely achieved without lung transplantation. Although imatinib is not currently being pursued into the clinic, the Phase III study provides the first indication that drugs that target this part of the pathway may work even in patients who are failing with conventional treatments.”
PAH is part of a wider group of heart and lung diseases in which pulmonary hypertension is a secondary component, and the hope is that new treatment approaches may also have relevance for the treatment of these diseases. These include chronic obstructive pulmonary disease, which is commonly associated with smoking and is estimated to affect 5 million people currently in the UK.
“This new treatment is the first step in the right direction. It’s a paradigm shift because, unlike current treatments, the drug is inhibiting a growth factor pathway rather than dilating blood vessels,” added Morrell. “It’s a completely different approach to treating the disease and possibly many others in the pulmonary hypertension family.”

In the decade since the first gene defect was discovered in BMPR-II, other mutations affecting the same gene have been found in the 80% of patients who have an inherited form of the disease. However, not all patients inherit PAH. Some develop the disease spontaneously and, for many, the genetic architecture remains virtually unknown.

A major new effort has now begun that will sequence the coding part of up to 1,000 genomes (so-called exomes) from patients with PAH. The NIHR-funded initiative is being completed by the Cambridge BioResource, a collaboration between the University of Cambridge, the MRC Epidemiology Unit and the MRC Cognition and Brain Sciences Unit. £1.2 million funding from the BHF to establish the BHF National Cohort Study of Heritable Pulmonary Arterial Hypertension, which launched on 1 March 2013, also supports this research effort.

“With the support of the NIHR, we have been collecting samples for genetic studies in our Papworth patient cohort for the past 10 years,” explained Morrell. “Combine these with the samples we have access to through our collaboration with Pulmonary Hypertension Services nationwide and in Germany, the Netherlands, Spain and the USA, and this constitutes an incredible resource for next-generation sequencing to understand the biology of the PAH defect, and ultimately to identify tractable targets for drug therapy.”

The sequencing programme will continue until the end of 2012. “PAH has been selected as a rare disease which is ripe for high-throughput genetic investigation,” added Morrell. “Although the majority of heritable cases are caused by a mutation in BMPR-II, we think that other rare mutations are also going to be involved. This will be a chance to find them and use biological studies to understand how the mutations cause disease. ”

The active translational research programme at Papworth, where new targets identified from basic science studies can be trialled for the first time in patients who have severe PAH, is often regarded, said Morrell as a model for such practices: “We do translational research in a very joined-up way. But there’s a lot of goodwill that goes into making that happen.”

The impending move of Papworth Hospital to a new site on the Cambridge Biomedical Campus and the planned creation of an adjoining Heart and Lung Research Institute will be a significant step forward for PAH research and clinical care. “Proximity means so much,” added Morrell. “Being able to talk to people immediately about ideas and problems to overcome, and continuing to build trusting relationships, is more of a challenge if you are located in different places. To bring the basic research geographically closer to the clinical studies will achieve even more.” 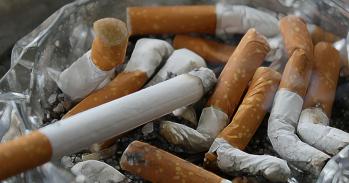 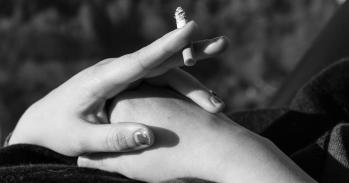 Smoking and pre-eclampsia may cause fertility problems for offspring, study suggests 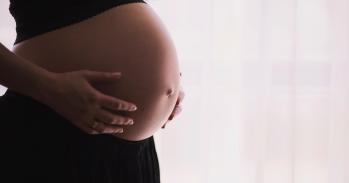 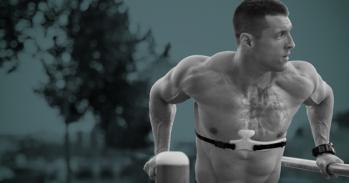