This year’s Darwin Lectures address the theme of life. Tonight’s speaker, Cambridge academic Dr Robert Macfarlane, will discuss “Life in Ruins” in art and literature. He will begin with a thought experiment, described below, and go on to explore the roles that ruins play in our hopes and fears.

There’s plenty of paper fuel in Cambridge, of course: all those libraries, all that research, whose only function now is as superb tinder.

I would like you to imagine the disappearance of humans from the Earth. We are eliminated, in this scenario, not by means of a devastating nuclear war but by a homo sapiens-specific virus, which results in the swift deletion of our species but leaves our built environment intact, and the ecologies of which we are part undisturbed other than by our absence.

Imagine that the planet’s last human perished today: 27 January 2012. What would happen to ‘the world without us’, in Alan Weisman’s now-famous phrase? Or rather – for the more precise purposes of my thought-experiment – what would happen to Cambridge without us? How would our city alter over the weeks, months, years, decades and centuries following its abandonment?

Well, let me hypothecate a set of futures for this post-human Cambridge. First and fastest would come the hungry fungi, even at this cold time of year. Inside your houses through the coming February, moulds bloom on the food left out on sideboards and worktops (as well as on your corpses, of course, but enough of those). With no one to chase it away, dust settles in the windless interiors of your sitting rooms. Decay has started, but so in its way has stasis.

In March, a late spell of winter is cast. Water freezes in pipes, and then the thaw brings floods: ceilings crash down, walls fatten, soffit boards rupture. Fire follows in the summer of 2012: lightning strikes and gas explosions, leaving cratered holes and husked houses. There’s plenty of paper fuel in Cambridge, of course: all those libraries, all that research, whose only function now is as superb tinder. A College burns to the ground – let us say (and here of course I speak impartially, as a Fellow of Emmanuel), let us say Trinity, which most unfortunately takes all of St John’s with it as well. By August, rosebay willow-herb – also known as bomb-weed, because it thrives on carbon-rich soil – flowers on these blackened sites like a pink floral fire.

Out on the streets in the first couple of years, the situation is volatile. Asphalt and paving have been cracked by freeze-thaw cycles; soil has blown into the fissures and plants have taken root. Sycamore seedlings pry up paving slabs and shift granite kerb edges, bindweed laces the spokes of rusting bicycles, jays bury acorns by the thousand in open ground. Aggressive species such as buddleia proliferate on facades and walls, their roots powerful enough to crack bricks when thirsting down for water. Buildings and thoroughfares are slowly torn apart by flora; weeds disassemble the city into tipsy chaos.

After five years, various guerrilla ecologies are well-established. There are successful escapees from domestic gardens: snowberries, cotoneaster, conifers. Japanese knotweed and Japanese anemones run riot. The water in the outdoor swimming pools at Christ’s, Emmanuel and Clare Hall has thickened with leaf debris, which mulches darkly down; it won’t be too long before they’re miniature fens. Blackthorn marches out of the hedges, suckering rapidly along, and elm works out in small thickets, keeping its head low, for Dutch Elm disease is still present. A soil cap deepens on the tarmac, low in nutrients and therefore highly bio-diverse, on which clover, grass, and wild-flowers including orchids thrive.

Within ten years, a pair of peregrines is breeding in the Cherry Hinton chalk pit and another on the University Library Tower, drawn by the increased prey and the absence of human interference. Owl populations boom, enjoying the nest-sites in ruined buildings and the surge in mice numbers. Muntjac and roe deer wander over Silver Street bridge, occasionally predated on by the two snow leopards escaped from Linton Zoo, who have adapted well. Rabbit and fox populations fluctuate in complex relation to one another. Packs of wild dogs become the second-top predators after the leopards.

With the city’s flood defences unmanaged, sluices and bridges block with debris, and the river begins to explore the possible extents of its domain. Coe Fen and Lammas Land flood: good news for little egrets and herons and for phragmites reeds. Chetti’s warblers are heard within earshot of Peterhouse for the first time in decades, singing out of the vast stands of pink Himalayan balsam that bully the rest of the riverbank flora. Without agricultural nitrate run-off, the Cam becomes clear and oligotrophic, its pike more abundant and larger in size. The American crayfish completes its invasion of the waterways: mink and otter, no longer depleted by traps and cars, rise in number.

Over the course of a century, on the drier ground, grass gives way to thistle, which gives way to a scrub of hawthorn and elder, which gives way to a forest that grows extensively through the city, comprising sycamores, ash and oak, beeches, hazel and lime: a return of sorts to the pre-Atlantic period wildwood that once covered the south-east of England. On Parkers Piece the grass rises high, then falls back as silver birch and a heathland emerges, through which adders slide.

Within five hundred years nature’s reclamation project is almost complete. Little that is recognisable of today’s Cambridge is still visible. The city has been re-wilded. The famous buildings are mostly rubble, enjungled like Mayan ruins. Our open spaces are forest or fen, browsed by large herbivores – Konick ponies originally from Wicken and Highland cattle originally from Wandlebury, which keep glades open between the trees.

Of course, human residue remains, even that long after we have vanished. What will survive of us is love, wrote Philip Larkin, but actually what will survive of us is plastic. When archaeologists from other planets come to analyse the late-Anthropocene, our middens will be filled not with clam-shells and nut-shells, like those of our Mesolithic forebears, but with fairy liquid bottles and ice-cream tubs. And this is how my part-possible, part-whimsical counter-factual ends: on a summer’s day a thousand years hence, the warm wind trundles an empty plastic Coke bottle past what was once Great St Mary’s Church, chasing it between trees and saplings, until at last the bottle gets snared in weeds, hard up against the pale and prostrate masonry of King’s College Chapel. 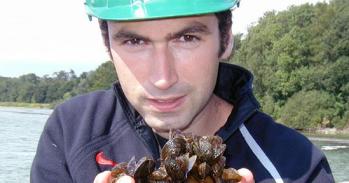 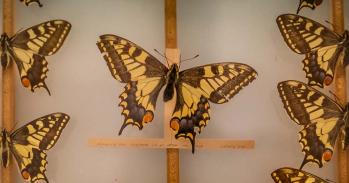