‘What have the Victorians ever done for us?’

Modern Britain was invented sometime between 1830 and 1900. It's not just a question of industrialization, compulsory education, the right to vote (at least for men) or the growth of towns, important as all those particular processes were.

The project will be exploring different avenues across the whole range of Victorian engagements with the past, and trying to make connections between them.

The 19th century has also given us almost all our most familiar institutions, our ideas about ourselves and our history, and the very fabric and rhythm of our lives.

From the rituals of royal celebrations, through Sunday afternoon museum-visiting to our unquestioning assumption that the hour of the day will be the same in all parts of the country – all these and more were the brain-children of those ever resourceful Victorians. Before the late 19th century ceremonials such as coronations and royal funerals were tawdry and often badly-organised affairs; the pomp and pageantry we now enjoy is no throw-back to some distant ‘Merrie England’ (indeed Merrie England itself was a Victorian invention), but to the modernizing court of Victoria and Albert. Likewise the idea that twelve o’clock should strike at the same hour in Glasgow or Exeter as it did in London hardly seemed pressing until the demands of railway timetabling made it so.

To take this from a Cambridge perspective, many of the subjects we now study (from philosophy to engineering) were first defined by energetic Victorian reformers. So too was the division of the Tripos into two parts, the basic university career structure, the idea that undergraduates should all follow the same terms between the same dates, the possibility that dons could marry or that women could study. There is a good chance that restricting the pleasure of ‘walking on the grass’ over college lawns to fellows only was also a Victorian innovation.

A group of Cambridge researchers has recently been awarded more than a million pounds from the Leverhulme Trust for a five-year project to investigate Victorian Britain – and particularly how the Victorians created such a radical version of the future, at the same time as they agonized over their relations with the past.

Entitled ‘Past versus Present: Abandoning the Past in an Age of Progress’, the project has taken as its logo a wonderfully evocative engraving of the 1870s by Gustav Doré, itself illustrating an earlier whimsy by Lord Macaulay. In 1840 Macaulay had imagined, far into the future, that ‘a traveller from New Zealand shall, in the midst of a vast solitude, take his stand on a broken arch of London Bridge to sketch the ruins of St Pauls.’

It is an image that captures the nuance and sophistication of Victorian thinking about the passage of time. Not only does it conjure up a future in which the present will have become the ruined past, but it heralds too the possibility of staggering geo-political change. For here the erstwhile imperial subject from the distant colonies is treating the wreckage of London’s past imperial greatness as a suitable theme for some dilettante sketching – much as the 19th-century elite would themselves take pleasure in sketching the ruins of (say) ancient Greece or Rome.

The project will be exploring different avenues across the whole range of Victorian engagements with the past, and trying to make connections between them. At its heart is an intriguing paradox. For, at the same time as 19th-century technology and economic developments were raising the prospect of a giant leap into the future, exactly the same tools and processes were opening up – through archaeology, geology, education, biology – all kinds of new pasts in incredible profusion and vexingly contradictory detail. Darwin was controversially theorizing the origin of mankind, at the same moment as archaeologists in the ‘Near East’ were digging up material traces of the biblical past and Heinrich Schliemann was claiming that he had found proof that the stories of the ancient Greek Homeric epics were actually true – attracting in the process a fan club that extended as far as Prime Minister William Gladstone.

How did people accommodate all these different pasts – and possible futures? It was a problem that engaged not only the elite of Victorian society, but – in an increasingly democratic world that was generating ‘popular history’ in large quantities for the first time – a wide spectrum across all social groups. Big questions were debated. What was the fate of empires (one vivid answer was of course provided by the Doré engraving)? What was the history (and future) of socialism? But these questions were raised in other forms too. What deserved to be in the local museum? Should old buildings be demolished to make way for ‘improvements’? What did fossil-collecting reveal about the country’s past? Should endangered animals or people be preserved?

Hasn’t all this been done before? Not in this way. Of course, there are all kinds of distinguished scholarly studies of parts of this agenda, and the project inevitably builds on those. But what the generous grant makes possible is some new, interdisciplinary ‘joined up thinking’ about the Victorian period. In a new designated research space in the midst of the main Arts’ Faculty site, the project brings together researchers from different disciplines, each with a stake in the 19th century. This means not only historians in the strict sense of the word (Peter Mandler of Caius provides the lead here) and historians of science (with Jim Secord, of Darwin fame), but also literary critics (headed by Clare Pettitt of Newnham and Kings College, London) and crucially classicists (Mary Beard and Simon Goldhill of the Classics Faculty, both of whom work on the history of classical scholarship). So far they have been joined by three post-doctoral fellows and three more are in the process of being appointed.

The aim of this project is to transcend the boundaries that now tend to divide those working on the Victorian period, putting classics and theology – burning concerns to almost all of the Victorian elite – back into the centre of the picture. By thinking about what history meant to the 19th century, we may also become clearer about what it means to us. 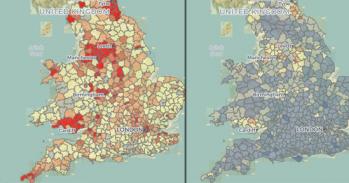