What do drugs do to the brain?

Drug abuse is probably linked to an in-built tendency to act without thinking, as shown by studies of siblings of chronic stimulant users, a leading neuroscientist will claim this week.

There is considerable variability in the degree to which individuals are vulnerable to addiction, probably arising from both genetic and environmental influences.

Drawing on his research, Professor Trevor Robbins will argue that the risk-taking behaviour seen in drug abusers is not, as often thought, the result of drug-induced impaired brain function but instead is a factor that predisposes to drug taking in the first place.

Speaking on 19 March at the University of Cambridge Science Festival (www.cam.ac.uk/sciencefestival), the UK’s largest free science festival, he will also argue that cognitive-enhancing drugs that boost brain activity may have a place in treating certain diseases or in improving performance in occupations such as shift workers or surgery.

“The fact that drugs can produce mind-altering effects through chemical activity has been known for centuries,” explained Professor Robbins, who is Director of the Behavioural and Clinical Neuroscience Institute and head of the Department of Experimental Psychology. “But we now understand a great deal about how entire pharmacological classes of drugs exert their influence on the brain, for good and bad, and how our genetic make-up can modulate this activity.”

Most drugs of abuse target the reward system in the brain. There are literally dozens of brain chemicals called neurotransmitters that modulate the activity of brain cells, and drugs are capable of mimicking or stimulating these pathways. In some individuals, the feeling of euphoria this brings leads to the compulsive drug seeking that characterises addiction.

“There is considerable variability in the degree to which individuals are vulnerable to addiction, probably arising from both genetic and environmental influences,” said Robbins.

Recent research by Professor Robbins and colleagues in Cambridge’s Department of Psychiatry has found evidence that an in-built impulsivity makes individuals more vulnerable to becoming dependent on stimulants. Their discovery was made by studying brother/sister siblings of chronic stimulant users, all of whom showed an elevated level of impulsive and sensation-seeking behaviour compared with nondrug-taking control volunteers.

“Our observations on in-built behavioural traits have enormous implications not only for calculating the risk associated with drug-taking but also for using drugs to boost brain activity in healthy individuals,” he said. Other evidence also suggests that genetic predispositions can affect our response to drugs, as shown for the occurrence of depression in ecstasy abusers and psychosis (schizophrenia) in cannabis abusers.

Impulsivity also characterises individuals with attention deficit/hyperactivity disorder and helps to explain why drugs such as Ritalin, which increases levels of the neurotransmitter dopamine in the brain, can work quite well in this disorder to produce cognitive enhancement. Cognitive enhancers such as Ritalin, modafinil and cholinergic-boosting drugs such as donepezil have also aroused considerable interest in their potential for treatment of cognitive disorders ranging from attention deficit disorder (Ritalin) to Alzheimer’s disease (donepezil).

The existence of such drugs also raises the possibility of enhancing normal brain function, with several associated ethical dilemmas. “Although there is no pharmaceutical programme for developing cognitive enhancers for a healthy population, surveys have shown that considerable ‘off-label’ use happens, particularly among university students and academics,” said Robbins. “It is now crucial that we begin to assess possible costs and benefits of cognitive enhancers and fully understand the complex issue of how drugs work to produce changes in brain chemistry, and how these affect behaviour.” 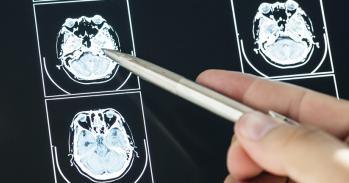