They weren’t wimps: how modern humans, like Neanderthals, braved the northern cold

Recent finds at Willendorf in Austria reveal that modern humans were living in cool steppe-like conditions some 43,500 years ago – and that their presence overlapped with that of Neanderthals for far longer than we thought.

In 1908 the famously plump Venus of Willendorf, thought to be a symbol of fecundity, was discovered during an excavation near the Austrian town of Melk. The statuette, on display at the Naturhistorisches Museum in Vienna, has been dated to 30,000 years ago and is one of the world’s earliest examples of figurative art.

Now a team of archaeologists has dated a number of stone tools, excavated recently from the same site at the village of Willendorf, to 43,500 years ago. The multinational team, led by Dr Philip Nigst of the University of Cambridge, has identified the tools as belonging to the Aurignacian culture, generally accepted as indicative of modern human presence.

The results of the study will be published this week (22 September 2014) in a paper in the Proceedings of the National Academy of Sciences of the USA.

It is agreed that modern humans dispersed into Europe, and began to replace Neanderthals, at least 40,000 years ago. The new research pushes this date back to a potentially much earlier time when temperatures north of the Alps were cool. 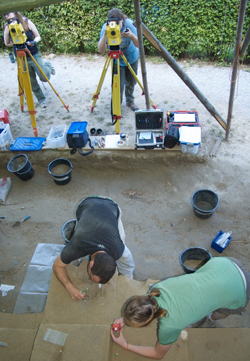 "Recent finds at the Willendorf site contribute valuable new information to the debate about modern human colonisation of Europe,” said Nigst. “The remarkably early date of the finds shows that modern humans and Neanderthals overlapped for much longer than we thought and that modern humans coped well with a variety of climates.”

The stone tools, excavated between 2006 and 2011, include small ‘bladelets’, which were originally part of composite tools and may have been used as projectile points. Using stratigraphy and radiocarbon dating, the researchers demonstrated that the finds date to 43,500 years ago – making them significantly older than other known Aurignacian artefacts, which have been found all over Europe.

“The recent finds indicate a modern human presence and the date of the artefacts represents the oldest well-documented occurrence of modern humans in Europe,” said Dr Nigst.

“The Willendorf finds strongly suggest that modern humans and Neanderthals met and interacted, and may well have exchanged both mates and ideas,” said Nigst.

“The picture emerging from our study is fascinating because we see significant changes in the material culture of the last Neanderthals – and these changes occur at the same time that modern humans were present at Willendorf. The timing of these events cannot be a coincidence.”

Analysis of the type of soil in which the tools were found, reveals that the tools were in use during an era when the climatic conditions were cool with a steppe-like environment with conifer trees distributed along river valleys.

“Our results suggest that the early modern human settlers, who are thought to have come to Central Europe from the warmer environments of southern Europe, did so in a cool steppe-type climate. Previous studies have suggested that modern humans moved into Western Europe during either a very cold phase or during a warmer temperate phase,” said Nigst.

“Our study shows that early modern human settlers in Central Europe were resilient to a variety of environmental conditions. Rather than tracking a particular environment, they coped very well with a wide diversity of environments, each one requiring a different subsistence strategy.”

Fieldwork and research were supported by the Leakey Foundation (2006–2012), Max Planck Society (2006–2012), University of Vienna (2006–2011), Hugo Obermaier Society (2006), Federal Office for Scientific Affairs of the State of Belgium (Projects Sc-004, Sc-09, and MO/36/021), the Hochschuljubiläumsfonds of the City of Vienna (2007), the Department of Prehistory of the Natural History Museum in Vienna, the Marktgemeinde Aggsbach, and the Museumsverein Willendorf. 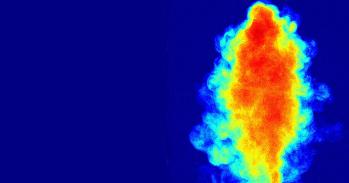 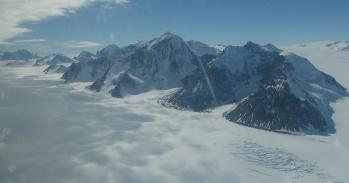 Example of one of the stone tools found recently at Willendorf