The Last Supper of Jesus Christ was on the Wednesday, and not the Thursday, before his death, according to a new study which claims to have solved “the thorniest problem in the New Testament”.

If we use science and the Gospels hand in hand, we can prove there was no contradiction about the nature of the Last Supper.

The Last Supper, which millions of Christians will mark on Maundy Thursday as Easter begins this week, actually took place on a Wednesday, a groundbreaking study is to reveal.

The dramatic claim is the principal conclusion of a new book in which Professor Sir Colin Humphreys, a scientist at the University of Cambridge, argues that he has solved what the eminent Biblical scholar, F. F. Bruce, once described as “the thorniest problem in the New Testament”.

Researchers have puzzled for centuries over the precise nature and timing of Jesus’ final meal with his disciples. At the heart of the problem is an apparently fundamental contradiction in the Gospels. Matthew, Mark and Luke all assert that the Last Supper was a meal marking the start of the Jewish festival of Passover. John, by contrast, says that it took place before the Passover began.

Writing in The Mystery Of The Last Supper, Professor Humphreys proposes a new solution, based on a combination of Biblical, historical and astronomical research. The core of his argument is that Jesus used a different calendar to that conventionally accepted by Jews at the time. According to this different system, the Last Supper would have fallen on the Wednesday, and not the Thursday, of what is now called Holy Week.

“Whatever you think about the Bible, the fact is that Jewish people would never mistake the Passover meal for another meal, so for the Gospels to contradict themselves in this regard is really hard to understand,” Professor Humphreys said.

“Many Biblical scholars say that, for this reason, you can’t trust the Gospels at all. But if we use science and the Gospels hand in hand, we can actually prove that there was no contradiction. In addition, this research seems to present a case for finally introducing a fixed date for Easter.”

The new study is based on earlier research which Professor Humphreys carried out with the Oxford astrophysicist, Graeme Waddington, in 1983. This identified the date of Jesus’ crucifixion as the morning of Friday, April 3rd, AD 33 – which has since been widely accepted by other scholars as well.

For Professor Humphreys, who only studies the Bible when not pursuing his day-job as a materials scientist, this presented an opportunity to deal with the equally difficult issue of when (and how) Jesus’ Last Supper really took place.

Aside from the basic contradiction posed by three Gospels’ reference to a Passover meal, all four present a logistical problem. If, according to the Holy Week model, the Last Supper was on a Thursday, then for Jesus to have been executed on a Friday morning, a large number of events had to take place overnight: These included his arrest, interrogation, and separate trials before the Jewish court (the Sanhedrin), Pontius Pilate and Herod.

Even for the alleged son of God, squeezing all of this in would have been an ask. In addition, it was against Jewish law for the Sanhedrin to meet at night. Suspiciously, all of the Gospels also omit to mention what happened on the Wednesday of Holy Week.

If Jesus died on April 3rd, the standard Jewish calendar of AD33 would have placed his crucifixion on the 14th day of the Jewish month of Nisan. The Passover meal, however, falls on the 15th – which supports John’s account, but not those of the other Gospels.

Humphreys is not the first researcher to suggest that Jesus might, therefore, have been using a different calendar altogether. Most recently, the Pope suggested in 2007 that Jesus used the solar calendar of the Qumran community, which was probably employed by a Jewish sect called the Essenes and is described in the Dead Sea Scrolls. As Humphreys shows, however, when the date of Passover is calculated using this calendar, it would have fallen a week later, after both Jesus’ death and resurrection.

For the first time, Humphreys investigates the possibility that a third calendar was in use. The official Jewish calendar at the time of Jesus’ death was that still used by Jews today; a lunar system in which days run from sunset to sunset. This was developed during the Jewish exile in Babylon in the 6th century BC.

Beforehand, however, the Jews had a different system. This is referred to in the Book of Exodus in the Old Testament, when God instructs Moses and Aaron to start their year at the time of the Exodus from Egypt. Humphreys argues that this system would have been an adaptation of the Egyptian lunar calendar (confusingly one of two systems used by the Egyptians), in which the start of the year was redated to occur in the spring.

There is, he adds, extensive evidence to suggest that this survived as more than a remnant into Jesus’ time. Not all Jews were exiled in Babylon. Those who remained retained the old system of marking the days, and by the 1st century AD, groups such as the Samaritans, Zealots, some Galileans and some Essenes (who may well have provided Jesus with the accommodation used for the Last Supper), were still abiding by the old system.

Under this, pre-exilic, calendar, Passover always fell earlier and the days were marked from sunrise to sunrise, not sunset to sunset. In AD33, the Passover meal would have occurred on the Wednesday of Holy Week, which presuming Jesus, Matthew, Mark and Luke all used pre-exilic dating, and John does not, resolves both the contradictions in the Gospels and means that the events they describe could have taken place on Thursday, at a more leisurely pace and in accordance with Jewish law.

Jesus also had the motivation to use the earlier dating system developed by Moses. The Gospels are littered with examples of him presenting himself as the new Moses. According to Luke, he even said during the Last Supper that he was making a “new covenant” with his disciples – a direct reference to the covenant made between God and the Jewish people through Moses in Exodus.

In many ways, therefore, Humphreys suggests that the Last Supper was a positioning exercise on Jesus’ part, which gave him ample reason to use the pre-exilic calendar. “Jesus was identifying himself explicitly with Moses,” he said. “He was setting himself up as a deliberate parallel. He then died on Nisan 14th, just as the Passover lambs were being slain according to the official Jewish calendar as well. These are deep, powerful symbolisms – and they can be based on objective, historical evidence.”

The Mystery of the Last Supper, by Professor Sir Colin Humphreys, is published by Cambridge University Press. 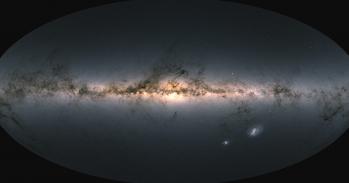