The man we love to hate: it’s time to reappraise Thomas Robert Malthus

Thomas Robert Malthus, who was born 250 years ago, became notorious for his ‘principle of population’.  He argued that, because poverty was inevitable, some people would not find a seat at ‘nature’s table’ and would perish. In a new book, historians at Cambridge and Harvard set the life and work of this contentious thinker within a wider context – and look in particular at his engagement with the world beyond Europe.

As early as 1803, Malthus anticipated and deplored the fate he foresaw awaiting the inhabitants of the new world as settler populations increasingly claimed lands that seemed to offer almost limitless resources.

The controversial theorist Thomas Robert Malthus did not much enjoy travelling. Invited by his friend and fellow political economist, David Ricardo, to stay at the country house of Gatcombe Park in Gloucestershire, he declared that “that part of the world” was simply too far from his home near London, and wrote that he’d resolved “not to make distant excursions more than once a year”.

Now new research confirms that Malthus travelled vicariously all over the world, immersed in the accounts of voyages to the new lands being explored and colonised by Europeans. Malthus’s journeying through the medium of print to far-flung shores in the Americas and Pacific informed the theories on human development, population, and land use (and the precarious balance among them) for which he quickly became famous.

Professors Alison Bashford (Cambridge, Jesus College) and Joyce E Chaplin (Harvard) explore this under-researched aspect of Malthus’s life and works. The New Worlds of Thomas Robert Malthus reveals that the contentious theorist raised profound and prescient questions about the nature of people worldwide – and, in particular, about the collision of interests that resulted when white settlers claimed territories inhabited by indigenous communities.

The New Worlds of Thomas Robert Malthus radically re-casts the famous economist’s ideas from a British and European context, to a world and imperial one. The book is already hailed, by scholars on both sides of the Atlantic, as a stunningly distinctive contribution to interpretations of Malthus. One scholar calls it “the most important new reading of the life and work of Malthus in a generation”.

The seventh child in a well-off family, Malthus was born 250 years ago on 13 February 1766. His father’s social circle included some of the best-known philosophers of the time, including David Hume and Jean Jacques Rousseau.  Like many younger sons of the gentry, Malthus took orders in the Church of England and, after an education at Jesus College, Cambridge, became a curate who corresponded widely. He began to publish pamphlets on topical issues in the stormy last decade of the 18th century.

Though cast as ‘parson Malthus’, for most of his life he was in fact a professor of political economy at the East India Company College in Haileybury. Bashford explains: “This put him at the centre of the imperial world, for several generations educating young men for service as Company clerks in India.”

Malthus is best known for his Essay on the Principle of Population, which first appeared in 1798. In the thesis, both respected and vilified for the past 200 years, he argued that while population multiplies exponentially, food supplies increase only arithmetically. The oscillating mismatch between the two would spell disaster when ‘checked’ by nature through famine or disease, or by humans through war or infanticide.

The most troubling aspect of Malthus’s essay is his interpretation of poverty. While a generation of utopians was imagining a brighter and better future for all, Malthus proposed a much bleaker picture. Some poverty, he argued, was inevitable. As population increased when times were good, so the poorest would perish when times were bad. Disease and famine served as natural checks to over-population. These uncompromising views led Malthus to be much disliked or even hated.

Yet Malthus also thought the number of people on that poverty line could and should be reduced. “Despite assertions that Malthus blamed only the poor for producing too many children, for being the problem, he was in fact at least equally critical of the behaviour of the privileged,” Chaplin points out. “He argued that when the rich had large families, the poor disproportionately suffered any material shortages, therefore wealthier people were morally obliged to produce fewer children.”

Historians have consistently set Malthus within a European context. But Bashford and Chaplin show that his Essay was about the Atlantic and Pacific new worlds as well. It was written within the tradition of ‘stadial’ theories of economic development; these ‘universal histories’ sought to understand all cultures in all places and times. Using Jesuit travel accounts, 18th-century journals of Pacific voyagers, and the writings of new world settlers, Malthus wrote a world history.

Bashford and Chaplin initially approached Malthus from different chronological perspectives. Chaplin had written extensively about English interpretations of colonisation and population, also on Benjamin Franklin’s influential population thesis, which was a key inspiration for Malthus. Meanwhile, Bashford had examined modern theories of population and of 20th-century Malthusianism. They began to talk about population, and Malthus, while Bashford was a visiting professor at Harvard University.

“Several years ago, I opened the 1803 edition of Malthus’s Essay and was entirely surprised to see the name Bennelong,” explains Bashford. “Well known to Australian historians, Bennelong was an Aboriginal leader in the earliest years of British colony of New South Wales, a cultural interlocutor who spent several years in London in the 1790s. But what was he doing in Malthus’s famous Essay?” The need to re-interpret Malthus’s work in the light of colonial and imperial history was clear.

Chaplin then discovered that Franklin’s and Malthus’s works on population had been produced by the same London publisher. “That seemed more than coincidental,” Chaplin says. “Together, the two authors — American and British — and their two books show that new world colonies and the imperial centre were neither topically distant or theoretically distinct.”

Many of the books Malthus used to research and write his world history are in the Old Library at Jesus College. The Malthus Collection includes volumes that belonged to his father, his brother, his learned cousin, Jane Dalton, and Malthus himself. Among them are copies of Benjamin Franklin’s essays, Cook’s journals from the South Sea, and Jesuit accounts of New France and New Spain – all owned by Malthus.

Bashford and Chaplin’s research reveals that, as white settlers began to claim new territories, Malthus occasionally questioned the morality of colonisation, very unusual for his time, and almost unique among his political economy contemporaries. As early as 1803, he anticipated and deplored the fate he foresaw awaiting the inhabitants of the new world as settler populations increasingly claimed lands that seemed to offer almost limitless resources.

Anticipating formal policies for the removal of indigenous people in North America and Van Diemen’s Land (Tasmania), he wrote: “The right of exterminating, or driving into a corner where they must starve, even the inhabitants of these thinly populated regions, will be questioned in a moral view.”

The New Worlds of Thomas Robert Malthus also explains Malthus’s views on the slave trade. His Essay, written and rewritten between 1798 and 1830, coincided with the height of the abolitionist campaigns, first against the slave trade and then against slavery. He asked William Wilberforce to inform the House of Commons that he was against the slave trade, in large part because quite a few slave traders were using his Principle of Population in their own defence.

“Yet Malthus spoke out against the slave trade somewhat reluctantly,” argue Bashford and Chaplin, “and he never spoke out against slavery itself.” This diffidence is evident in his famous books, analysed in terms of slavery and abolition, for the first time. While it was common at the time to consider slavery in terms of reproduction and population, The New Worlds of Thomas Robert Malthus explains why and how Malthus sidestepped the issue.

The New Worlds of Thomas Robert Malthus analyses, for the first time, the reception history of the work in the very places Malthus examined. He was read and discussed in new world sites that ran from Lexington in Kentucky to Hobart in Tasmania. So eager were new world people to read him that his text appeared in a pirated edition produced in the United States. His ideas entered public discourse:  settler populations, for example, debated his key statement that they should neither exterminate nor drive into ‘a corner’ indigenous populations.

Malthus was bolder than many of his European and American contemporaries and, in terms of continuing arguments over the rights of different global populations, his text remains deeply resonant today.

The New Worlds of Thomas Robert Malthus is published by Princeton University Press. 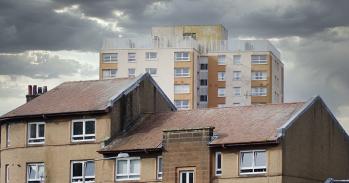