The 1972 Munich Olympics and the Making of Modern Germany

A new analysis of the Munich Games of 1972 places the event at the very centre of modern German history, as Dr Chris Young explains.

Public conflicts arose over political ideology, culture and the legacy of the German past, and foreign policy shifts impacted in intricate ways on East–West German relations.

The staging of an Olympic Games is both a formidable task and an exciting opportunity, not least because it firmly places the host nation on the world stage. Take the 2010 Olympic Winter Games in Vancouver, Canada – an event that was viewed by some 3.5 billion people, more than half the world’s population. In effect, the event is a chance for the host country to promote itself globally.

Perhaps one Games above all others in the last century was imbued by a particular eagerness to present a national identity afresh to the world and to erase past memories: the 1972 Olympic Games in Munich. As events transpired, it is almost exclusively remembered for a very different reason – the murder of 11 members of the Israeli Olympic team by the terrorist group Black September. Yet, this tragedy is only part of the story of the Munich Games.

Although some aspects of the 1972 Games have received academic attention, most notably from scholars of terrorism, there has been a major gap in research that uses the Games as a case study to highlight broader historical currents in Germany. As a topic, the Munich Games lies neatly at the intersection between my research interests in Germany and in sports history and so, a few years ago, I set out with historian Dr Kay Schiller from the University of Durham to provide the first cultural and political history of the Munich Olympics. The resulting book, The 1972 Munich Olympics and the Making of Modern Germany, seeks not only to explain the significance of the event in modern German history, but also to ask why such great store was set on hopes for its success.

With funding from the British Academy, the Alexander von Humboldt Foundation and the Arts and Humanities Research Council (AHRC), I was able to delve into documents, most of which had only recently become available, held in archives around the world.

The research reached from the federal archives in Koblenz and Berlin to the Bavarian State Archives and the city archive in Munich, from the research libraries at the International Olympic Committee (IOC) in Lausanne to the Amateur Athletics Foundation in Los Angeles, and even to the archive held at the University of Illinois relating to Avery Brundage, the IOC President who controversially decided to continue the Munich Games following the terrorist attack.

Supplementing the investigations was an array of oral history sources gained from interviews of political and societal figures involved with the planning and staging of the Games. These included Hans-Jochen Vogel, the Mayor of Munich at the time, members of the Organizing Committee for the Games, participating athletes, an Israeli survivor of the terrorist attack and the now deceased Markus Wolf, formerly the head of foreign operations at the East German Stasi security service.

Much of the research focused on the years leading up to the ’72 Games. The Federal Republic of Germany was at a crossroads in the mid-1960s, still under the shadow of World War II but viewing the future with optimism. In the seven years between being chosen as host and staging the event itself, Germany experienced favourable economic conditions and a belief in technocratic optimism, but was equally marked by national and international debate and dispute. 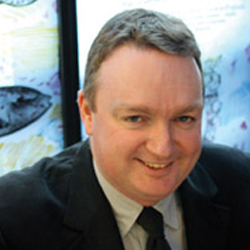 Against this background, the symbolic potential of the Games did not escape the organisers of the Munich Olympics, who took just one month in 1965 to secure promises of funding from the city of Munich, the Bavarian State and the Federal Government. Hosting the Games was deemed to be of immense importance. As Chancellor Willy Brandt put it succinctly, Munich 1972 was to serve as a ‘showcase of modern Germany’, a chance to replace memories of the Third Reich with images of a thriving and prosperous Federal Republic, an opportunity to present an optimistic Germany to the world through its ‘Happy Games’ – its official motto.

In the end, the hopes were shattered by the horrific terrorist attack in the early hours of 5 September. As on 11 September 2001, the world had been caught off-guard and unawares, and the Munich organisers, from the chief committee members down to the hundreds of stadium hostesses who had welcomed the international community to Germany, saw the life seep out of their Games overnight. Years of effort now left a dubious legacy and, more immediately, the Federal Republic was plunged into months of diplomatic firefighting with Israel and the Arab world.

Into the melting pot

It’s impossible to write such a book without combining perspectives of political, social, cultural and urban history. As a result, The 1972 Munich Olympics and the Making of Modern Germany is really about a nation’s handling of a melting pot of issues: Germany’s urban, regional and national identity; intergenerational conflict and social transformation; ideologies of the past; political and diplomatic disputes; architectural visions and ceremonial imaginations; terrorism and security; East and West Germany; and Israeli–Arab relations.

At the same time, however, it’s a book about sport or, more accurately, about sport’s slippery nature as a phenomenon that is both apolitical and deeply rooted in political discourse. To take one example: even for an event that claimed its legitimacy through an Olympic tradition reaching back to antiquity, it was impossible to make a complete break with the political past – ‘Hitler’s Games’ of 1936 loomed large over the ’72 Games.

A question of sport

Until this research project, apart from the extensively studied inaugural Athens Games of 1896 and the Nazi-influenced Berlin Games of 1936, there had been virtually no attempt within sports historiography to write comprehensively about the impact of individual Games on their respective host nations. Remarkably, there has also been no general account of the modern history of European sport from a comparative and international perspective. This is the case despite sport being such a central cultural feature of European life, both as a participant activity and as a spectator entertainment.

To remedy this situation, an AHRC-funded Network entitled Sport in Modern Europe has begun the first comprehensive historical analysis in this area. The overarching aim of the research network, which is led by Cambridge, together with academic partners at the University of Brighton and De Montfort University, is to establish the central themes for the writing of a history of modern European sport. At a series of three international workshops, colleagues from around the world have been looking both comparatively and chronologically at sport, encompassing the elite diffusion of British sport in the late 19th and early 20th centuries as well as its modern-day democratisation, and exploring the problems associated with defining a distinctive European model of sport.

For me, moving from an in-depth analysis of the Munich Games to a broader outlook on European sport has been an enrichingtour d’horizon– and the work is only just beginning.

For more information, please contact the author Dr Chris Young (cjy1000@cam.ac.uk) at the Department of German and Dutch, or visit the Sport in Modern Europe Network.