Study finds that genes play a role in empathy

Fifteen years ago, a team of scientists at the University of Cambridge developed the Empathy Quotient (EQ), a brief self-report measure of empathy. The EQ measures both parts of empathy.

In a new study published in the journal Translational Psychiatry, the Cambridge team, working with the genetics company 23andMe and a team of international scientists, report the results of the largest genetic study of empathy using information from more than 46,000 23andMe customers. The customers all completed the EQ online and provided a saliva sample for genetic analysis.

The study was led by Varun Warrier, a Cambridge PhD student, and Professors Simon Baron-Cohen, Director of the Autism Research Centre at Cambridge University, Thomas Bourgeron, of the University Paris Diderot and the Institut Pasteur, and David Hinds, Principal Scientist at 23andMe.

The new study has three important results. First, it found that how empathetic we are is partly due to genetics. Indeed, a tenth of this variation is due to genetic factors. This confirms previous research examining empathy in identical versus non-identical twins.

Second, the new study confirmed that women are on average more empathetic than men. However, this difference is not due to our DNA as there were no differences in the genes that contribute to empathy in men and women.

This implies that the sex difference in empathy is the result of other non-genetic biological factors, such as prenatal hormone influences, or non-biological factors such as socialisation, both of which also differ between the sexes.

Varun Warrier said: “This is an important step towards understanding the small but important role that genetics plays in empathy. But keep in mind that only a tenth of individual differences in empathy in the population are due to genetics. It will be equally important to understand the non-genetic factors that explain the other 90%.”

Professor Thomas Bourgeron added: “This new study demonstrates a role for genes in empathy, but we have not yet identified the specific genes that are involved. Our next step is to gather larger samples to replicate these findings, and to pin-point the precise biological pathways associated with individual differences in empathy.”

Dr David Hinds said: “These are the latest findings from a series of studies that 23andMe have collaborated on with researchers at Cambridge. Together these are providing exciting new insights into the genetics influences underlying human behaviour.”

Professor Simon Baron-Cohen added: “Finding that even a fraction of why we differ in empathy is due to genetic factors helps us understand people such as those with autism who struggle to imagine another person’s thoughts and feelings. This can give rise to disability no less challenging than other kinds of disability, such as dyslexia or visual impairment. We as a society need to support those with disabilities, with novel teaching methods, work-arounds, or reasonable adjustments, to promote inclusion.”

This study also benefitted from support from the Medical Research Council, the Wellcome Trust, the Institut Pasteur, the CNRS, the University Paris Diderot, the Bettencourt-Schueller Foundation, the Cambridge Commonwealth Trust, and St John’s College, Cambridge. 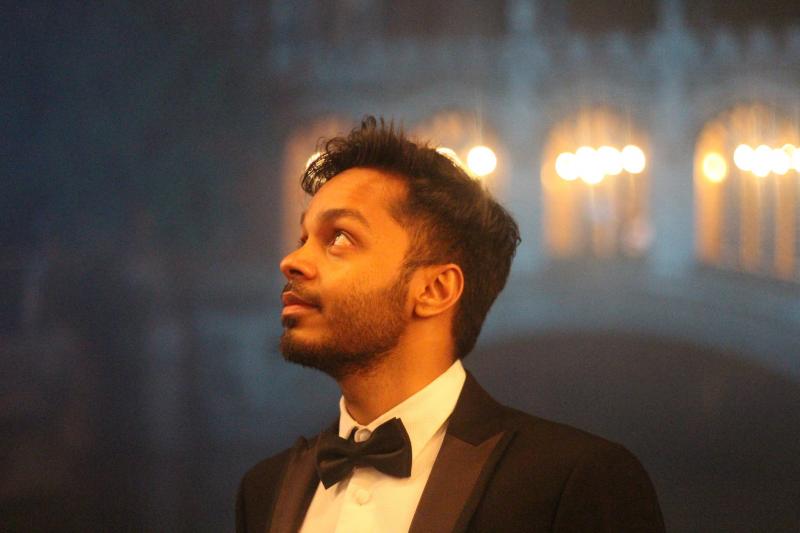 Varun Warrier is a PhD student at the Autism Research Centre, where he studies the genetics of autism and related traits. He moved to Cambridge in 2013 from India because of the Centre’s world-leading reputation.

There are several key challenges in the field, he says. “First, we have identified only a fraction of the genes associated with autism. Second, no two autistic people are alike. Third, within the spectrum autistic people have different strengths and difficulties. Finally, those with a clinical diagnosis blend seamlessly into those in the population who don’t have a diagnosis but simply have a lot of autistic traits. We all have some autistic traits – this spectrum runs right through the population on a bell curve.”

Although much of his work is computational, developing statistical tools to interrogate complex datasets that will enable him to answer biological questions, he also gets to meet many people with autism. “When I meet autistic people, I truly understand what's often said – no two autistic people are alike.”

Warrier hopes his research will lead to a better understanding of the biology of autism, and that this will enable quicker and more accurate diagnosis. “But that's only one part of the challenge,” he says. “Understanding the biology has its limits, and I hope that, in parallel, there will be better social policies to support autistic people.”

Cambridge is an exciting place to be a researcher, he says. “In Cambridge, there's always a local expert, so if you have a particular problem there usually is someone who can help you out. People here are not just thinking about what can be done to address the problems of today; they are anticipating problems that we will face in 20 years’ time, and are working to solve those.”