Scientists at Cambridge University have discovered that freshwater algae can form stable groupings in which they dance around each other, miraculously held together only by the fluid flows they create. Their research was published today in the journal Physical Review Letters

These striking and unexpected results remind us not only of the grace and beauty of life, but also that remarkable phenomena can emerge from very simple ingredients.

The researchers studied the multicellular organism Volvox, which consists of approximately 1,000 cells arranged on the surface of a spherical matrix about half a millimetre in diameter. Each of the surface cells has two hair-like appendages known as flagella, whose beating propels the colony through the fluid and simultaneously makes them spin about an axis.

The researchers found that colonies swimming near a surface can form two types of "bound states"; the "waltz", in which the two colonies orbit around each other like a planet circling the sun, and the "minuet", in which the colonies oscillate back and forth as if held by an elastic band between them.

The researchers have developed a mathematical analysis that shows these dancing patterns arise from the manner in which nearby surfaces modify the fluid flow near the colonies and induce an attraction between them. The observations constitute the first direct visualisations of the flows, which have been predicted to produce such an attraction. They have been implicated previously in the accumulation of swimming microorganisms such as bacteria and sperm cells near surfaces.

These findings also have implications for clustering of colonies at the air-water interface, where these recirculating flows can enhance the probability of fertilization during the sexual phase of their life cycle.

Professor Raymond E. Goldstein, the Schlumberger Professor of Complex Physical Systems in the Department of Applied Mathematics and Theoretical Physics (DAMTP) and lead author of the study, said: "These striking and unexpected results remind us not only of the grace and beauty of life, but also that remarkable phenomena can emerge from very simple ingredients."

Funded by the Biotechnology and Biological Sciences Research Council (BBSRC), the work is part of a larger effort to improve our knowledge of evolutionary transitions from single-cell organisms to multicellular ones. This greater understanding of the nature of self-propulsion and collective behaviour of these organisms promises to elucidate key evolutionary steps toward greater biological complexity.

Moreover, the flagella of Volvox are nearly identical to the cilia in the human body, whose coordinated action is central to many processes in embryonic development, reproduction, and the respiratory system. For this reason, the study of flagellar organisation has potentially broad implications for human health and disease. 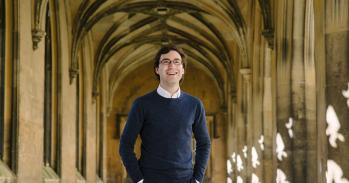 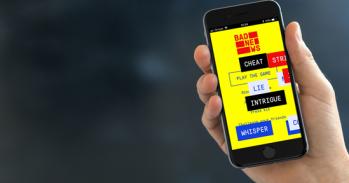 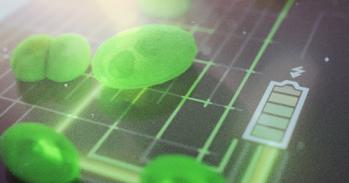