Researchers are calling for tighter controls on the live reef fish trade, a growing threat to coral reefs, in letters to the international journal Science.

Twenty of the world's leading marine scientists, including a team from the Department of Zoology, University of Cambridge, have called for action by governments to halt the unsustainable plunder of the world's ocean resources.

For decades tropical coral reefs have battled for survival against a complex array of threats including pollution, coral bleaching triggered by rising sea temperatures and over-fishing.

In particular, the health of the reefs is being compromised by the live reef fish trade, a serious threat that has prompted scientists to call for tighter regulations on the exploitation of reef resources which are particularly important to developing tropical nations.

The scientists say there is now sufficient evidence to conclude that reforming markets, which have dramatically expanded as a result of global trade liberalization, is an important strategy for controlling roving bandits.

The live fish trade is an increasing pressure on coral reef resources, both in terms of magnitude and geographical spread. The combination of destructive harvesting methods and over-harvesting of large, predatory fish reef fish have devastating effects.

Being able to choose a huge fish to eat from a tank is a big pull in luxury seafood restaurants. Fish such as the Napoleon wrasse, a giant reef fish that commonly reaches 2 m in length and lives for more than 30 years, are top of the menu and especially vulnerable.

But once on the plate, the absence of an important part of the food chain means the coral reef hierarchy is in turmoil. The coral-eating crown-of-thorns starfish is likely to thrive in these situations, particularly when the corals are already stressed by a multitude of other impacts including global warming.

According to the 2004 Status of the Coral Reefs of the World report, coral reefs are in serious decline due largely to human activities; an estimated 20% of the world's reefs have been effectively destroyed with no immediate prospects of recovery, 24% are under imminent risk of collapse and 26% are under longer term threat of collapse.

The scientists argue in their letters that multilevel action, from local to international, is needed to establish institutions that are able to learn from experiences with roving bandits, develop decision-making skills in an environment of uncertainty and complexity, and respond quickly to shifts in demand from global markets.

"Due to the high international demand for live fish, these roving bandits deplete coral reef stocks before local institutions have time to implement laws to regulate the poaching."

"The bandits take advantage of porous world trade policy and ineffective fisheries management to sell their plunder," says Dr Helen Scales, from the Department of Zoology, University of Cambridge.

By analysing the mass of live fish imported into Hong Kong from various source nations across the Indo-Pacific region, Dr. Andrea Manica and his team from the Department of Zoology, University of Cambridge have tracked the fisheries trade radiating out from Hong Kong, the hub for international trade in live reef fish.

They have also demonstrated the accelerating pace of the boom and bust pattern of exploitation, a characteristic dynamic of unregulated high-value commodity markets.

However, the scientists say the strongest argument for balancing international trade and local needs is the social inequity that arises from the export of the dwindling coral reef resources of developing tropical nations.

"Once those resources are destroyed and forgotten, it is the local people who bear the costs of reduced options for future development," they warn.

The letters will be published in Science on Friday the 4th August. 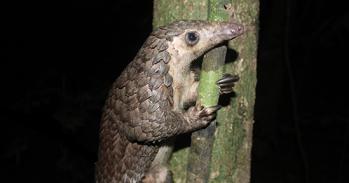 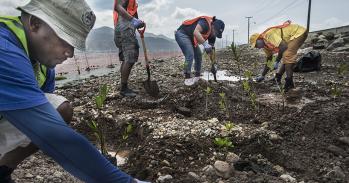