Professor Ruth Cameron from Cambridge’s Department of Materials Science & Metallurgy is one of twelve winners of this year’s Suffrage Science awards. She and the other winners will be honoured at an online celebration today, the tenth anniversary of the scheme. This will be the fifth Suffrage Science awards for engineering and physical sciences.

Ten years ago, Professor Dame Amanda Fisher, Director of the MRC London Institute of Medical Sciences (then Clinical Sciences Centre), and Vivienne Parry OBE, science writer and broadcaster, concocted an idea to celebrate the contributions that women scientists have made to their field, sometimes overlooked in favour of their male counterparts. With an endorsement from Dr Helen Pankhurst CBE, women’s rights activist and great-granddaughter of Emmeline Pankhurst, they called the awards scheme Suffrage Science.

Their awards were hand-crafted items of jewellery created by art students from Central Saint Martins-UAL, who worked with scientists to design pieces inspired by research and by the Suffragette movement. But rather than produce a new set of pieces for the next awards, each holder chose who they would like to pass their award onto, thus generating an extensive ‘family tree’ of incredible scientists and communicators.

As the relay continued, new branches of the Suffrage Science scheme were developed – the Engineering and Physical Sciences strand was founded in 2013, and the ‘Maths and Computing’ strand followed in 2016. The Suffrage Science family is now 148 strong, with a further 12 joining on Monday 8 March 2021, the tenth anniversary of the scheme.

Each previous holder chose to whom they wanted to pass their ‘heirloom’ piece of jewellery.

Professor Serena Best from Cambridge’s Department of Materials Science and Metallurgy, who was honoured in 2020, chose to pass her award to her colleague Professor Ruth Cameron. She said: “Professor Ruth Cameron is a highly successful and respected scientist in the field of biomaterials whose organisational abilities and communication skills are outstanding. Most recently, she has become the first female appointee to lead the Department of Materials Science and Metallurgy, University of Cambridge in the Office of Head of Department. Ruth’s work ethic will provide inspiration to the next generation of young female scientists - demonstrating that the key to success is collegial support and collaboration.”

“Natalie is a tremendous advocate for diversity in science and engineering,” said Owens. “She was incredibly supportive of me when I started out, mentoring me and suggesting my name for conferences and editorial work. She has worked tirelessly to support women and is very active on social media. She has brought countless young researchers, especially women under her wing, helping them to develop their careers. She is also very proactive in getting the old guard to be inclusive and diverse – including calling out conference organisers for not including women in their speaker lists. In her role as editor at RSC she has been very involved in trying to improve diversity and equality in publishing also.”

“I have known Mary since she was a Cambridge-Africa Research Fellow in Cambridge,” said Duer. “She impressed me then with how she approached interdisciplinary science, and brought in whatever techniques she needed in her quest to find new pharmaceutical compounds in plants. She has continued to impress me as she has developed her science and brought in new collaborators. She has been a champion for women in science throughout her career and very supportive of students and younger colleagues alike. I hope she won't mind my saying that she also ensured that all her siblings had access to higher education - and now continues that with ensuring that her graduate students have what they need to be successful. I always enjoy any discussion with Mary - she has shown me how one can be kind, compassionate and still be ambitious in one's science.”

Suffrage Science pioneer Professor Fisher said: “We dreamed up the awards scheme to celebrate the contribution that women have made to science, which often gets overlooked. This is as important now as it was ten years ago. This year’s awardees join a community of over 148 women scientists. I’m thrilled that since 2011, the awards have travelled from the UK, across Europe to the USA, Hong Kong, Iran and to Ghana, illustrating the international nature of science and engineering, and the global effort to improve the representation of women in STEM.” 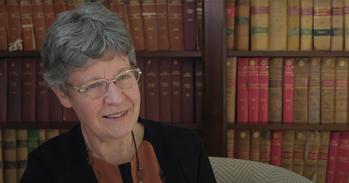