A researcher visiting Cambridge from China has uncovered a unique document of the country’s musical past, and the ripping yarn which explains how it reached Britain 210 years ago.

After 210 years of silence, this gives us the chance to learn more about Chinese culture and music

An obscure book, which was stored in Cambridge after travelling to Britain via a Hornblower-style Napoleonic naval adventure, has been identified centuries later as an exceptionally rare document of early Chinese music.

According to experts in China, the small volume of musical scores may well be unique, and is a priceless resource for anyone interested in the country’s pre-modern musical heritage, for which very little of the original literature survives.

For the last 210 years, it has been kept at St John’s College, University of Cambridge, but its value and importance were only realised last month, when a visiting Chinese scholar called Dr Jian Yang was advised by an academic colleague that he might want to look at “that odd little book” in the College library.

Yang immediately realised its significance for Chinese music, but further research then revealed that it had reached Cambridge only after surviving the Napoleonic naval engagement known as the Battle of Pulo Aura.

The book appears to have been en route back from China with its owner, the Reverend James Inman, in 1804, when the boat he was sailing with was caught up in the skirmish. The encounter itself is a boys’ own tale of dauntless heroism, in which a barely-defended British merchant fleet saw off a French naval squadron through a combination of trickery and daring.

“When I saw the book, I realised almost immediately that it might be a very rare volume of Gongche notation, printed in China around 1770,” Yang said. “I have consulted other researchers and none of them has ever seen any other copy of this title, so it is quite possibly unique.”

“We should count ourselves very lucky that James Inman survived his difficult voyage bringing it back from China to Britain. After 210 years of silence, it means that we now have the chance to learn more about Chinese culture and music.” 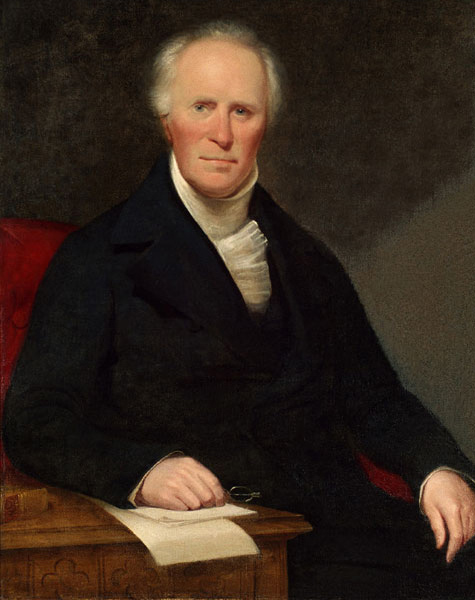 Inman, who signed the book and dated it February 1804, was a mathematician graduate of St John’s and went on to become a Fellow. A year before he obtained the book, he had been appointed replacement astronomer aboard HMS Investigator, a ship charged with the task of “charting Australian waters”. According to the records, the previous astronomer pulled out with a severe case of seasickness.

Inman’s two-year trip was far from uneventful. He made it to Australia where he disembarked at Port Jackson, Sydney. Most of his shipmates were then transferred to HMS Porpoise, but he chose to stay, leaving on a later boat bound for China called the Rolla. This proved a good move as both the Porpoise and another boat were shipwrecked on a reef, and Inman’s own ship participated in the rescue.

He arrived at Whampoa in Canton (modern Guangzhou) on 14 December, 1803, where he stayed for a few weeks, and where he appears to have picked up the book. Early in 1804, however, Inman was at sea again, this time heading for England aboard the East India Company’s Warley, part of the British China Fleet.

This Fleet, laden with valuable trading wares, had become a target for the French under Napoleon. The Emperor had assigned Admiral Durand Linois command of French forces in the Indian Ocean, with the express purpose of harrying British merchant shipping. On 15 February, Linois spotted his prize at the entrance to the Straits of Malacca, off the Malaysian coast.

Typically, a lightly-armed merchant fleet would have turned and fled, but instead its commanding officer, Commodore Nathaniel Dance, manoeuvred his boats into defensive formation and ordered several to hoist the Ensign, in an effort to trick the French into thinking they were facing British warships. 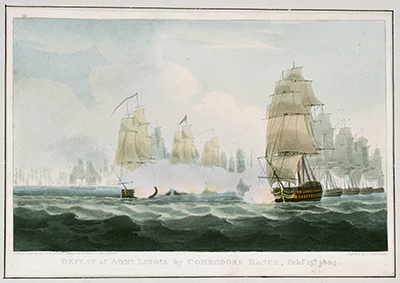 Amazingly, the ruse worked – Linois turned tail and fled, and was pursued by Dance until the convoy was safe. Dance was later knighted by King George III, while Linois had a less illustrious career: after being reprimanded by Napoleon, he returned to sea, where he suffered a series of humiliating defeats against weaker opponents before being captured in 1806, ironically after he mistook a British naval squadron for a merchant convoy.

Inman meanwhile arrived safely back in Britain on 14 August, 1804. He became a Fellow of St John’s the following year, and donated his collection of Chinese books to the College.

The book itself is entitled Xian Di Pipa Pu, which means the musical score for Chinese flute and “pipa” (a Chinese lute). It contains a condensed introduction to three instruments – “Xiao” (a type of recorder), “Di” (Chinese flute) and “Sanxian” (the three-stringed Chinese lute). This is followed by 13 pieces of music in the traditional Gongche notation.

It is particularly valuable because attempts to understand China’s musical heritage have been thwarted by a lack of reliable historical documents. Zhiwu Wu, Professor of Chinese Music at Xinghai Conservatory in Guangzhou, who has analysed Yang’s find, said: “The discovery of this rare volume of pre-modern Chinese musical notation might contribute a great deal to current research and performance of Chinese traditional music and some of the pieces included might be the earliest and only source available.”

Yang believes that Inman may have been drawn to the manuscript, despite his lack of a musical background, because of his academic interests. “Beside the wide range of interests that we can infer from his biography, there is a subtle relationship between mathematics, astronomy and music in both Western and Chinese culture,” he said. “This may well have attracted him to the book in the first place.”

The book is a very rare volume of Gongche notation, printed in China around 1770

Credit: The Master and Fellows of St John's College, Cambridge