A new and relatively simple technique for mapping the wiring of the brain has shown a correlation between how well connected an individual’s brain regions are and their intelligence, say researchers at the University of Cambridge.

This could take us closer to being able to get an idea of intelligence from brain scans, rather than having to rely on IQ tests

In recent years, there has been a concerted effort among scientists to map the connections in the brain – the so-called ‘connectome’ – and to understand how this relates to human behaviours, such as intelligence and mental health disorders.

Now, in research published in the journal Neuron, an international team led by scientists at the University of Cambridge and the National Institutes of Health (NIH), USA, has shown that it is possible to build up a map of the connectome by analysing conventional brain scans taken using a magnetic resonance imaging (MRI) scanner.

The team compared the brains of 296 typically-developing adolescent volunteers. Their results were then validated in a cohort of a further 124 volunteers. The team used a conventional 3T MRI scanner, where 3T represents the strength of the magnetic field; however, Cambridge has recently installed a much more powerful Siemens 7T Terra MRI scanner, which should allow this technique to give an even more precise mapping of the human brain.

A typical MRI scan will provide a single image of the brain, from which it is possible to calculate multiple structural features of the brain. This means that every region of the brain can be described using as many as ten different characteristics. The researchers showed that if two regions have similar profiles, then they are described as having ‘morphometric similarity’ and it can be assumed that they are a connected network. They verified this assumption using publically-available MRI data on a cohort of 31 juvenile rhesus macaque monkeys to compare to ‘gold-standard’ connectivity estimates in that species.

Using these morphometric similarity networks (MSNs), the researchers were able to build up a map showing how well connected the ‘hubs’ – the major connection points between different regions of the brain network – were. They found a link between the connectivity in the MSNs in brain regions linked to higher order functions – such as problem solving and language – and intelligence.

“We saw a clear link between the ‘hubbiness’ of higher-order brain regions – in other words, how densely connected they were to the rest of the network – and an individual’s IQ,” explains PhD candidate Jakob Seidlitz at the University of Cambridge and NIH. “This makes sense if you think of the hubs as enabling the flow of information around the brain – the stronger the connections, the better the brain is at processing information.”

While IQ varied across the participants, the MSNs accounted for around 40% of this variation – it is possible that higher-resolution multi-modal data provided by a 7T scanner may be able to account for an even greater proportion of the individual variation, says the researchers.

“What this doesn’t tell us, though, is where exactly this variation comes from,” adds Seidlitz. “What makes some brains more connected than others – is it down to their genetics or their educational upbringing, for example? And how do these connections strengthen or weaken across development?”

“This could take us closer to being able to get an idea of intelligence from brain scans, rather than having to rely on IQ tests,” says Professor Ed Bullmore, Head of Psychiatry at Cambridge. “Our new mapping technique could also help us understand how the symptoms of mental health disorders such as anxiety and depression or even schizophrenia arise from differences in connectivity within the brain.”

The research was funded by the Wellcome Trust and the National Institutes of Health. 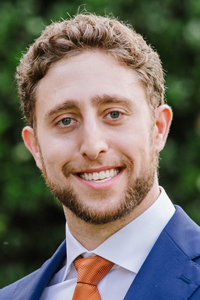 ​Jakob Seidlitz is at PhD student on the NIH Oxford-Cambridge Scholars Programme. A graduate of the University of Rochester, USA, he spends half of his time in Cambridge and half at the National Institutes of Health in the USA.

Jakob’s research aims to better understand the origins of psychiatric disease, using techniques such as MRI to study child and adolescent brain development and map patterns of brain connectivity.

“Cambridge is a great place for my work. Ed [Bullmore], my supervisor, is extremely inclusive and collaborative, which meant developing relationships within and outside the department. Socially, the college post-grad community is amazingly diverse and welcoming, and the collegiate atmosphere of Cambridge can be truly inspiring.”

Jakob is a member of Wolfson College. Outside of his research, he plays football for the ‘Blues’ (the Cambridge University Association Football Club).