Mystery of how fleas jump resolved

Mystery of how fleas jump resolved

New research from the University of Cambridge sheds light on how fleas jump, reaching speeds as fast as 1.9 meters per second.

We were concerned about how difficult it would be to make the movies because we are used to filming locusts, which are much bigger than fleas

In 1967, a scientist by the name of Henry Bennet-Clark discovered that fleas store the energy needed to catapult themselves into the air in a pad made of the unique 'elastic' protein resilin. However, in the intervening years, debate raged about exactly how fleas harness this explosive energy. Scientists came up with competing hypotheses, but it wasn't until recently that the technology necessary to record and analyse the data became available.

Using high-speed recording equipment and sophisticated mathematical models, Professor Malcolm Burrows and Dr Gregory Sutton from the University's Department of Zoology, were able to prove that fleas use their toes to push off and propel themselves into the air, resolving the 44 year old mystery. Their findings are published today, 10 February, in the Journal of Experimental Biology.

"We were concerned about how difficult it would be to make the movies because we are used to filming locusts, which are much bigger than fleas," admits Sutton.

But he and Burrows realised that the fleas stayed perfectly still in the dark and only jumped when the lights went on. Focusing the camera on the stationary insects in low light, the duo successfully filmed 51 jumps from 10 animals. This was when they got their first clue as to how the insects jump.

Sutton and Burrows suspected that the insects push down through the tibia (shin) onto the tarsus (toe). Using a mathematical model that could reproduce the flea's trajectory, the scientists were able to confirm that the insects transmit the force from the spring in the thorax through leg segments acting as levers to push down on the tarsus (toe), solving the 44 year old mystery. 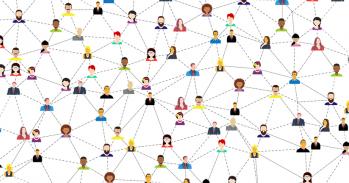