I’ve been working like a dog: revisiting a 1960s study of the working class

The Beatles' song A Hard Day’s Night was released 50 years ago today. Its runaway success in the charts overlapped with a major sociological study of the newly-affluent working class that features in Lennon and McCartney’s lyrics. Cambridge historian Dr Jon Lawrence discusses what this study reveals about perceptions of class identity in 1960s Britain.

The researchers appear to have worked with strong existing ideas about class taste which were then mobilised not only to identify workers displaying signs of ‘bourgeois’ pretension, but also to place all respondents into a broad class schema based on cultural markers.

In the early 1960s two young Cambridge academics – John Goldthorpe and David Lockwood – embarked on a study of the newly affluent working class. The town they chose to carry out their research was Luton, home of Vauxhall Motors which then employed some 18,000 people. Goldthorpe and Lockwood wanted to capture how greater prosperity was reshaping class divides and their team of investigators interviewed nearly 300 workers, recording their responses to open-ended questions.

Transcripts of these interviews, together with the investigators’ field notes, are held by the UK Data Service at the University of Essex. Fifty years on, they make compelling reading about an era more readily associated in the public imagination with the rowdy classlessness of sex, drugs and rock and roll than with the fine-tuned nuances of social status. What this remarkable snapshot of British life reveals about the ways in which the boundaries of social class are established, and how cross-class differences are navigated, is the subject of a paper by Cambridge historian Dr Jon Lawrence, published earlier this year by History Workshop Journal.

One of the classic hits of the mid-1960s, Lennon and McCartney’s A Hard Day’s Night is a bitter-sweet tribute to the pain and pleasure of ordinary working-class life seen from the male point of view. “Arguably the song is about exactly the issues that the men discuss in the Luton study – how they work hard to provide the good things in life, and how their shared domestic lives are their main reward - Lennon sings ‘I work all day to get you money to buy you things’,” said Lawrence. “And it’s significant that the Luton study focused exclusively on married men deeply invested in the idea of being the male provider.” 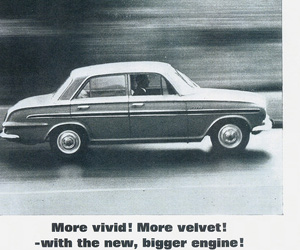 The men recruited for the study were interviewed first at work and then in their own homes alongside their wives. For these home interviews, success depended on the researchers establishing a rapport with their subjects. The investigators made notes about participants’ manners, the décor and cleanliness of their houses, and the details of any refreshments offered, sometimes right down to the type of teapot and the way in which the sandwiches were cut.

One interviewer noted: “At the end of the interview I was given a number of cups of tea in a newish tea service. It was served on a tray and I had an egg sandwich, which was cut into 4 diagonally.” He then went on remark that his hosts: “Didn’t strike me as being conscious of any middle class strivings even though their house and their desire to pay for their son’s education certainly indicate an intention to get some of the good things in life.” Half a century on, the sense of approval implicit in this judgement offers a fascinating glimpse of the sensitivity of the researcher’s class antennae.

In his essay, Social Science Encounters and the Negotiation of Difference in early 1960s England, Lawrence explores the ways in which the investigators carried their own deep-rooted perceptions of class – the ‘classes of the mind’ – into their interactions and how these judgments shaped their conclusions that British workers remained untouched by middle-class values and aspirations. It was a conclusion that provided scientific legitimacy to the Left’s rehabilitation of class politics in the aftermath of Labour’s surprise defeat in the 1970 election. 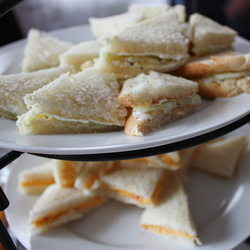 The Luton study, which followed a pilot carried out in Cambridge, presented a considerable challenge to the research team of a dozen or more investigators, some of whom were recent graduates. “The working-class poor had long been accustomed to providing accounts of their lives to those with more power. Written records of these encounters are essentially transcripts that speak volumes about inequality. They give historians rich opportunities to explore the negotiation of class and power differentials,” said Lawrence.

“But cross-class encounters are not always so unequal. Once social investigators turned their attentions to the worker-citizens at the heart of the post-war vision for Britain, they were engaging with a fiercely independent culture summed up by the phrase ‘we keep ourselves to ourselves’. The lengthy questionnaire researchers used to gather their data covered workers’ lifestyles, attitudes and behaviour. It probed subjects on topics often considered taboo: child rearing, relations with family and neighbours, party politics and, above all, class.”

Goldthorpe and Lockwood were keen to test – and disprove – the widely-held belief that prosperity was making British workers ‘bourgeois’, and this led them to spend much of the home interview probing attitudes to social class. Less used today in discussions of class, bourgeois was a label carrying with it a burden of upwardly-mobile pretention which grated with the notion that to be “working class and proud” was to stand in the face of class snobbery. 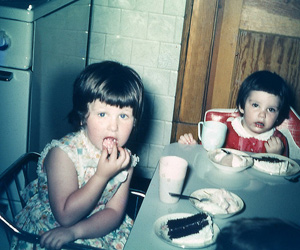 Apparent from the transcripts of the Luton and Cambridge interviews is that the interviewers were acutely sensitive to the class symbolism of material culture, dress and social etiquette. “Many of the interviewers saw their task as to identify examples of the so-called bourgeois worker, and they meticulously recorded examples of workers who appeared to display middle-class taste. They were most likely to label as bourgeois, not those who shared their own taste but those they considered to be both status-conscious and aspiring,” commented Lawrence.

The researchers drew heavily on the nature of their interactions with respondents when making these judgments: were respondents trying to impress or was their behaviour ‘natural’ and lacking in pretention?  Interestingly, it appears that none of the researchers saw themselves as bourgeois.

The Luton study took place when sociology was only just emerging as a discipline in its own right – albeit one regarded with a fair degree of scepticism – and it was a field profoundly influenced by the methods of social anthropology. However, some of the notes made by the Luton researchers read as startlingly bald judgments about taste.  In describing a car worker’s house, one interviewer lamented a “garish side-board” and a “revolting vase and ewer of peach, gold and other colours.” In contrast, another researcher remarked approvingly of the “delightful coffee cups of chunky Scandinavian build” observed in one Luton home.

One researcher declared of a clerk’s home: “The living room at the back was furnished in goodish petit-bourgeois taste.” A visit to the “upper middle” home of a young teacher prompted the observation: “Taste perhaps a little shaky?? brass ornaments and a large photo of a poodle on the wall.”

Observations made about the presence or absence of books and art in interviewees’ home reveal researchers’ sensibilities about working-class affluence. “Time and again, one sees the investigators making distinctions between rational – and good – consumption made possible by rising living standards, and irrational – and bad – consumption driven by the status anxieties that advertising and the mass media played on,” said Lawrence. “Such thinking drew on the New Left’s critique on affluence: rising prosperity was not itself a problem, so long as workers did not become slaves to ‘false’ wants and the culture of ‘display’. Workers who shared the interviewers’ modern, non-conformist sensibilities were deemed free of bourgeois pretentions.” 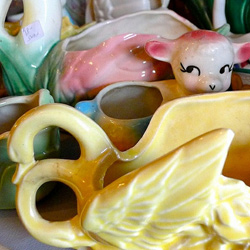 The researchers’ field notes reflect a growing awareness that their own theoretical assumptions were being undermined by what Lawrence describes as the “messy complexity of qualitative research”. After interviewing an ex-army couple, from who he elicited precious little, one of the investigators wondered whether the team’s theoretic model of class might be “suffering from a fallacy of misplaced concreteness’. Most people will construct their picture of the classes, but what they ‘spontaneously recognise’ hasn’t much to do with reference groups”.

Most striking was that few workers felt that the distinction between the shop-floor and the office (between “works” and “staff”) had any meaning outside the factory despite being, for the researchers, the fundamental dividing line in the society of 1960s Britain.

Over the last decades, many politicians (most famously Margaret Thatcher) have argued that class is irrelevant. Lawrence, however, argues that there is still a need to talk about class – not least because a framing of society in crude and often cruel class terms (from self-obsessed Vicky Pollard to ineffectual Tim Nice-but-Dim) in popular media and beyond remains ubiquitous in modern Britain. What it means to be working class, and how class identity has changed over the past 50 years, is a theme he explored in a recent BBC Radio 4 programme called The Unmaking of the English Working Class.

Talking about the Luton study, Lawrence argued that: “If we reconceptualise class in cultural terms, and see it as a malleable resource through which people construct claims about personal, familial and group identity, we can see how class runs through the interviews as a structuring presence. The fixity of the researchers’ emphasis on class images precluded capturing the inherent fluidity of class as a cultural resource. They hoped to find a thing, not explore a process.”

The researchers went into the field with stronger preconceptions about what was bourgeois than what was proletarian. “They were clear that a new working class was in the making and in a sense set out to establish that it was making itself to its own blue print, not that of the conformist and judgemental English middle class. The ‘class in the head’ for researchers was not the working class, traditional or new, but the traditional middle class – a class that many of them had shrugged off in their own lives in favour of the modern and meritocratic world of the new professions,” said Lawrence. 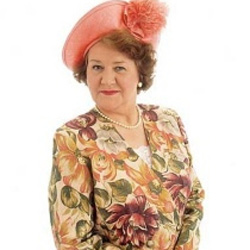 “Unless workers presented themselves as aspiring Hyacinth Buckets, with her la-di-da airs and graces, they were unlikely to be labelled bourgeois – and for reasons that probably have more to do with gender than class, there were very few Hyacinth Buckets among Luton’s factory workers in the early 1960s. But there were plenty of men who found redemption in home life even if, being interviewed by Cambridge academics, few chose to give it the sexualised twist of Lennon’s lyrics - ‘But when I get home to you I find the things that you do/Will make me feel alright’.”

Tales from the edge of modern fertilities